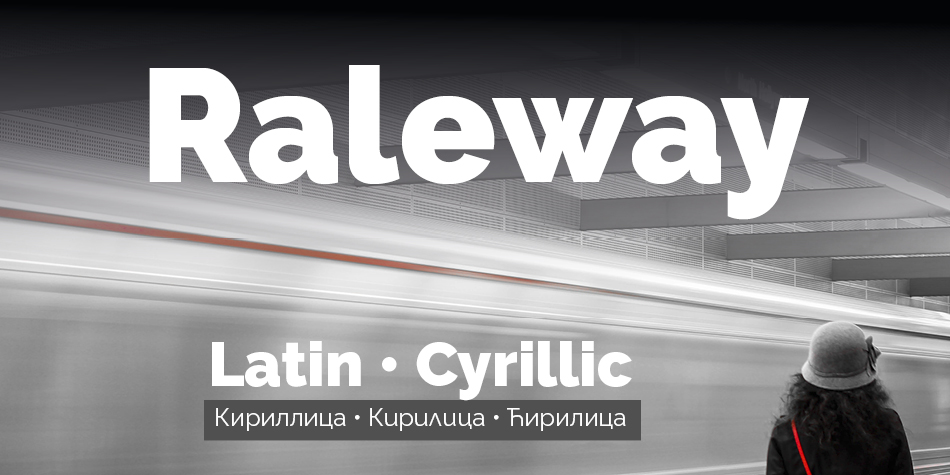 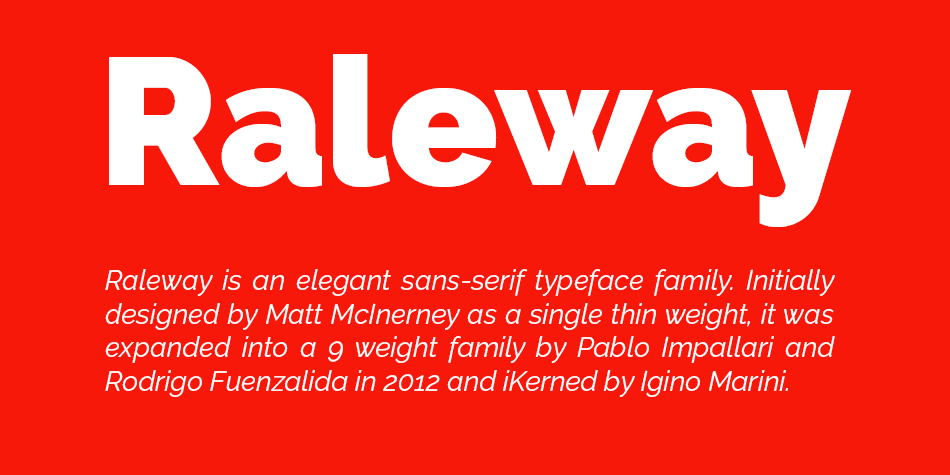 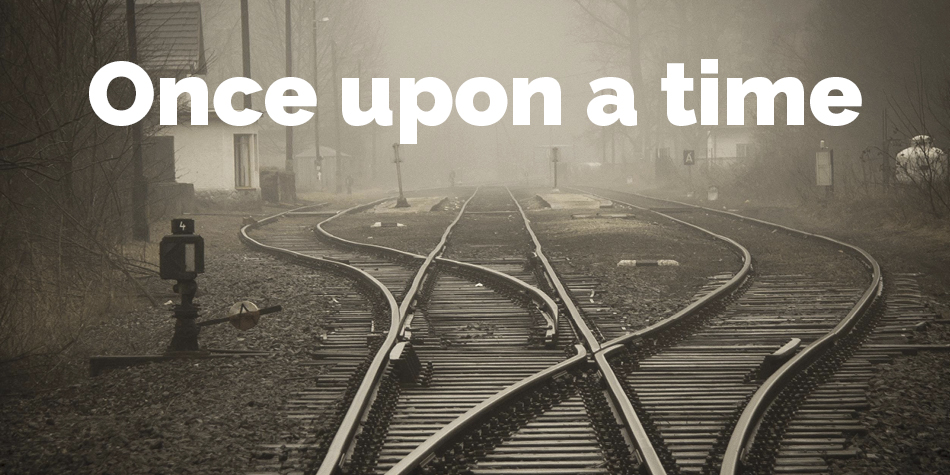 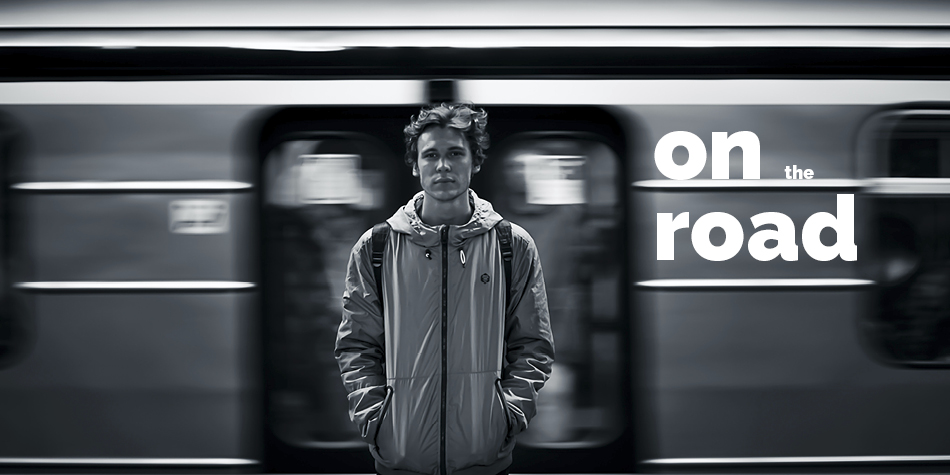 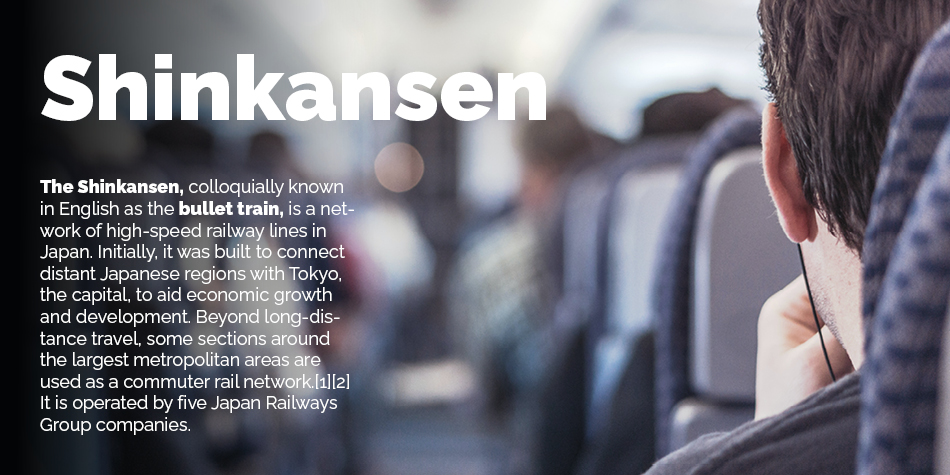 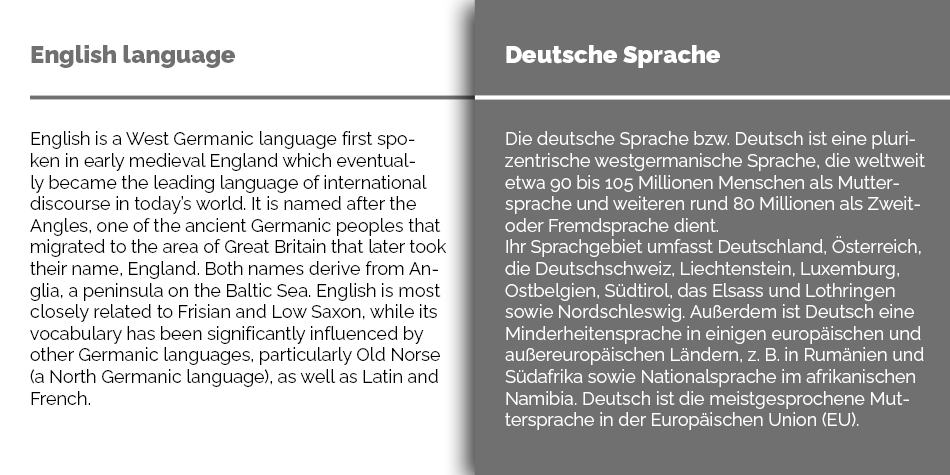 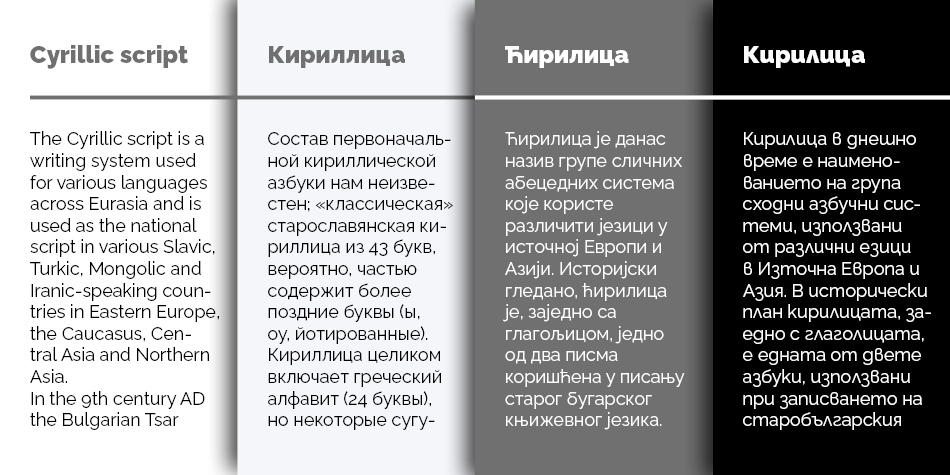 Raleway is an elegant sans-serif typeface family. Initially designed by Matt McInerney as a single thin weight, it was expanded into a 9 weight family by Pablo Impallari and Rodrigo Fuenzalida in 2012 and iKerned by Igino Marini.

It is a display face and the download features both old style and lining numerals, standard and discretionary ligatures, a pretty complete set of diacritics, as well as a stylistic alternate inspired by more geometric sans-serif typefaces than its neo-grotesque inspired default character set.

It also has a sister family, Raleway Dots.

In August-September 2016 (Raleway v.4.000) existing Cyrillic was redrawn and expanded for both Roman and Italic by Alexei Vanyashin and Ivan Petrov (Cyreal) to support 60 Cyrillic languages:

Design: The League of Moveable Type

Pablo Impallari is a self taught type designer, still learning through books, blogs, forums & detailed observation, with the help of friend and colleagues. He thinks that typefaces are living beings, they always continue to evolve over time. Even if the original designer died over 500 years ago, contemporary designers push their ideas forward, adapting to changing technology and keeping up with the always shifting way we perceive the alphabet. Pablo continues to actively design and release his own typefaces and help other designers learn and publish new fonts.