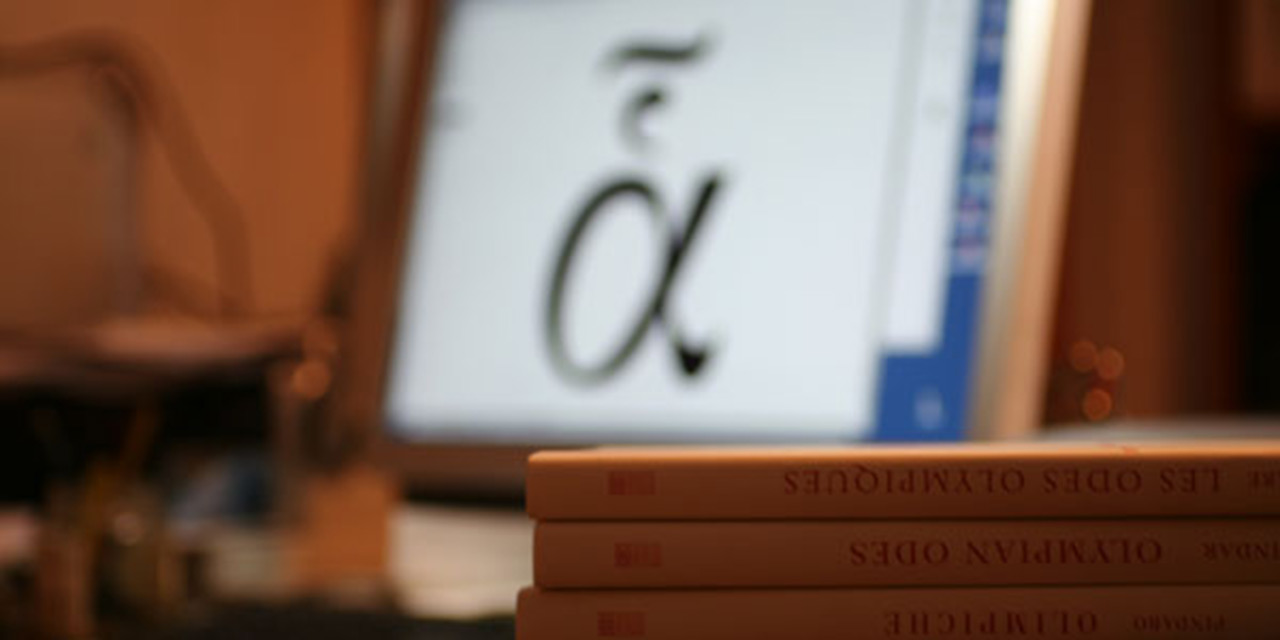 GFS was founded in 1992 by the late Michael S. Macrakis (1925–2001) as a Non-Profit Organization with the expressed aim of contributing to the research of Greek typography. The Society was founded initially by the Kostopoulos Foundation, with further support provided by the Greek Ministry of Culture, the Leventis Foundation, Regis College-USA, the Maliotis Foundation and the Girondelis Foundation. Furthermore, the Greek Literary and Historical Archives (ELIA) offered valuable support by providing office space for the first four years of GFS’s operation.

GFS’ type design programme began through the collaboration of painter-engraver Takis Katsoulidis with type designer George D. Matthiopoulos. Since then, GFS has designed a growing list of Greek polytonic (fully-accented) fonts which include various historical revivals and new designs with respect to typographic tradition. In addition, GFS was commissioned to design fonts for the Athens Academy, The Athens Archeological Society, the Institute of Speech amongst others. Furthermore, GFS organised an International Conference, Greek Letters: from Tablets to Pixels at the Institute Français d’Athènes in 1995, and has been active in the publication of works on Typography. For this aim GFS edited and designed the proceedings of the Conference: Michael S. Macrakis (edit), Greek Letters: from Tablets to Pixels, Oak Knoll Press, Newcastle-Delaware, 1996. With a grant from the Stavros S. Niarchos Foundation, GFS also translated and designed Robert Bringhurst’s, The Elements of Typographic Style, Crete University Press, Iraklion, 2001. For the occasion of the 2004 Olympics in Athens, GFS designed and published, with the kind support of the Stavros S. Niarchos Foundation, a set of seven bilingual publications (English, French, German, Italic, Modern Greek, Russian, and Spanish) of the 14 Olympic Odes of Pindar using historical Greek typefaces from the 15th to the 20th century for the ancient Greek text.