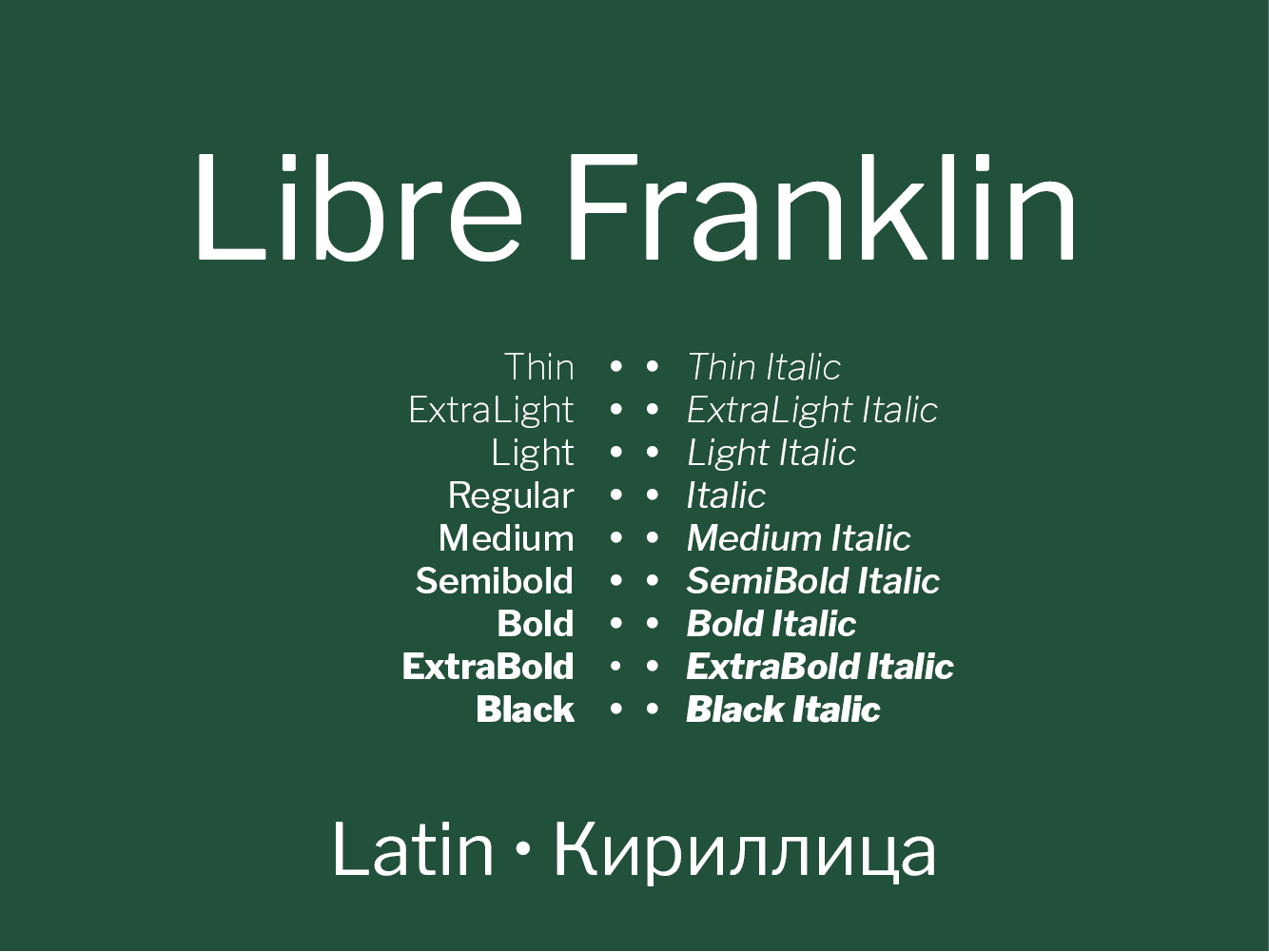 Libre Franklin is an interpretation and expancion based on the 1912 Morris Fuller Benton’s classic.

Pablo Impallari is a self taught type designer, still learning through books, blogs, forums & detailed observation, with the help of friend and colleagues. He thinks that typefaces are living beings, they always continue to evolve over time. Even if the original designer died over 500 years ago, contemporary designers push their ideas forward, adapting to changing technology and keeping up with the always shifting way we perceive the alphabet. Pablo continues to actively design and release his own typefaces and help other designers learn and publish new fonts.