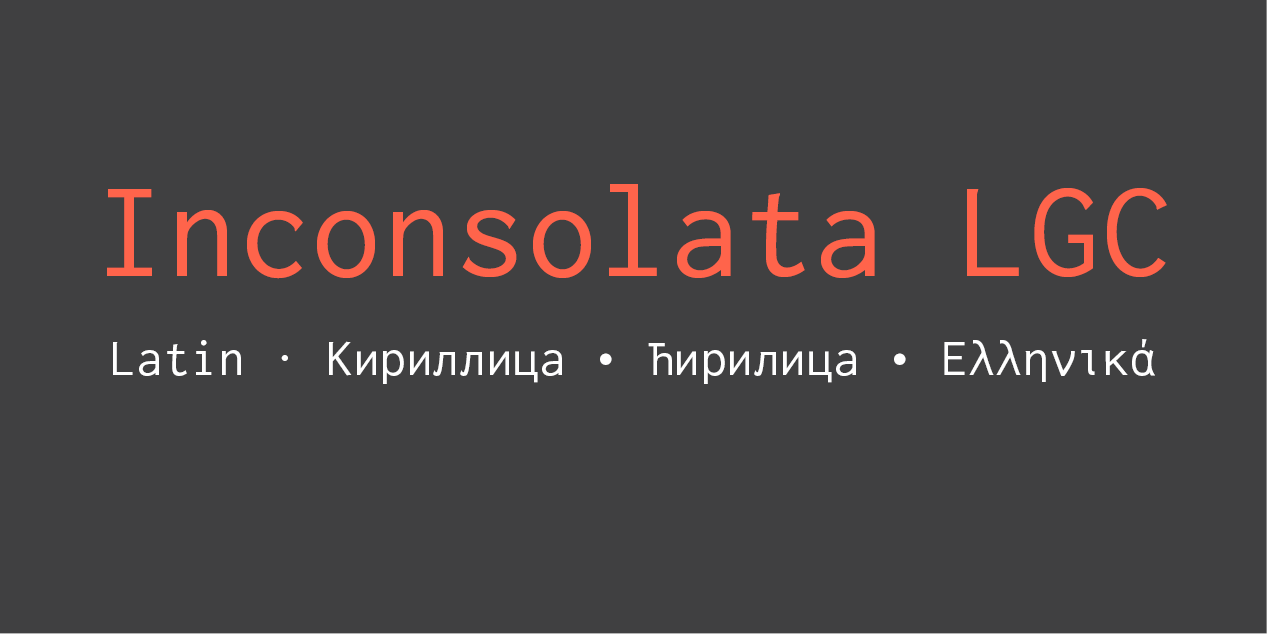 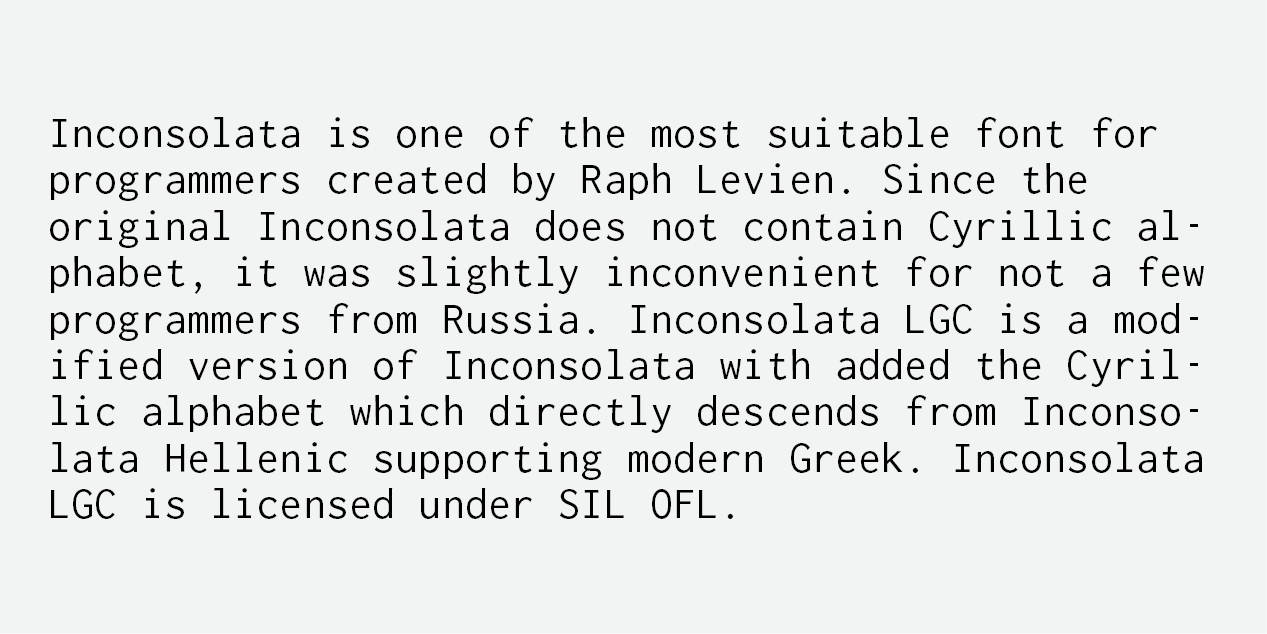 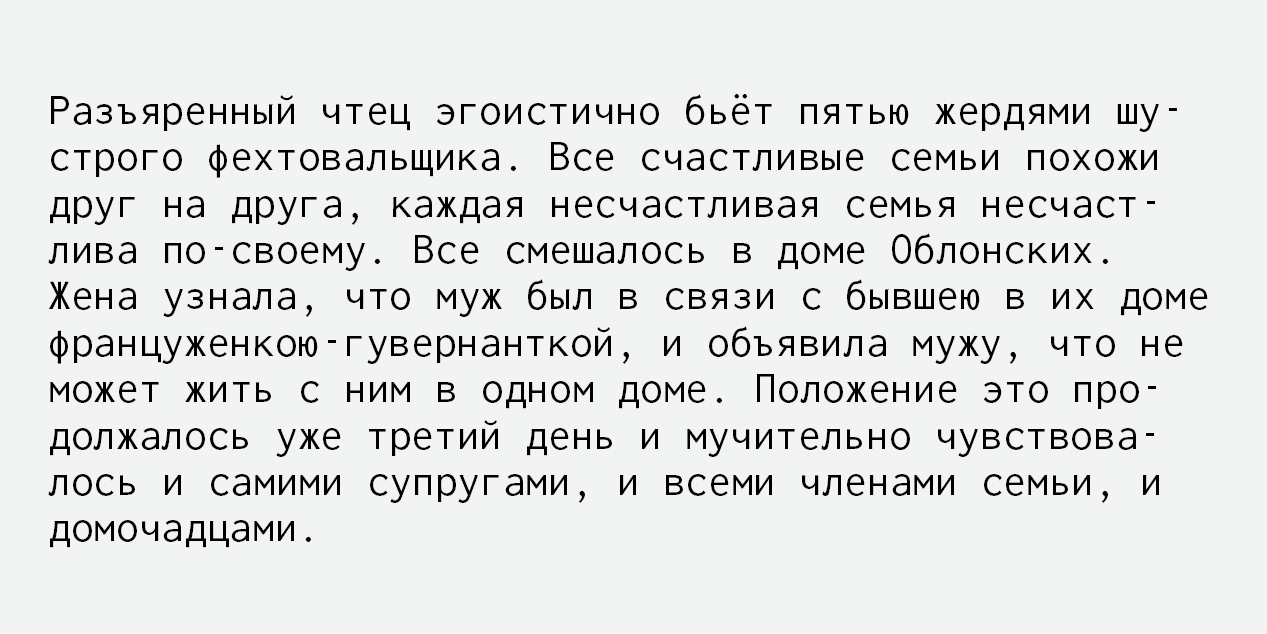 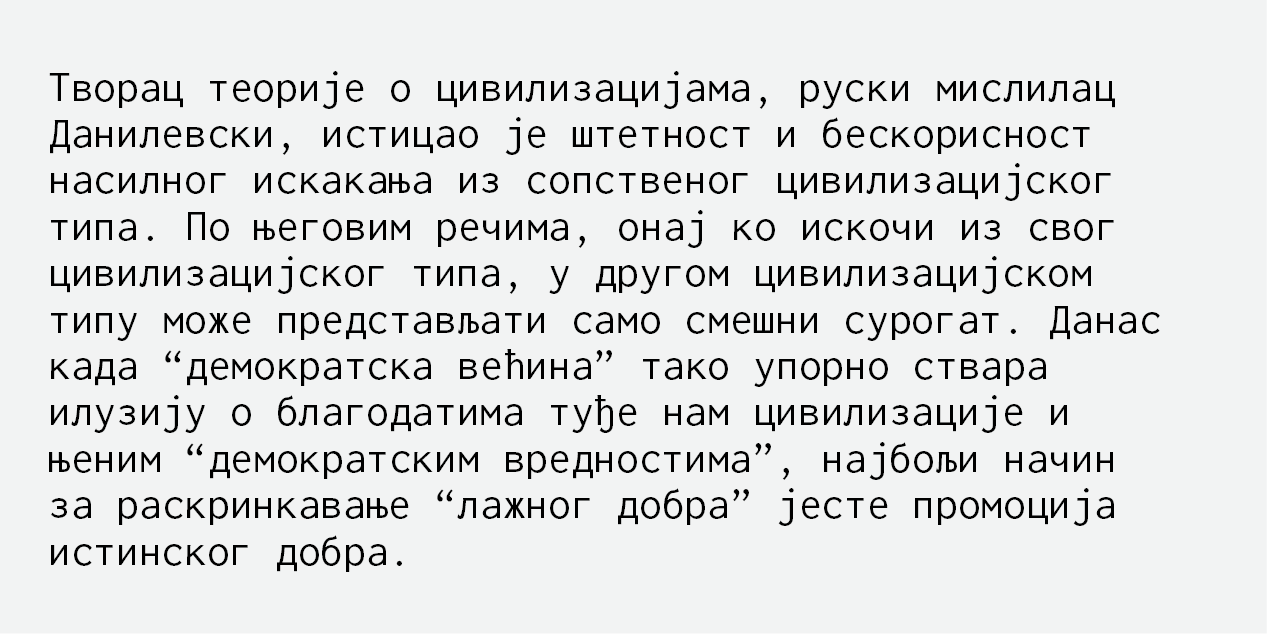 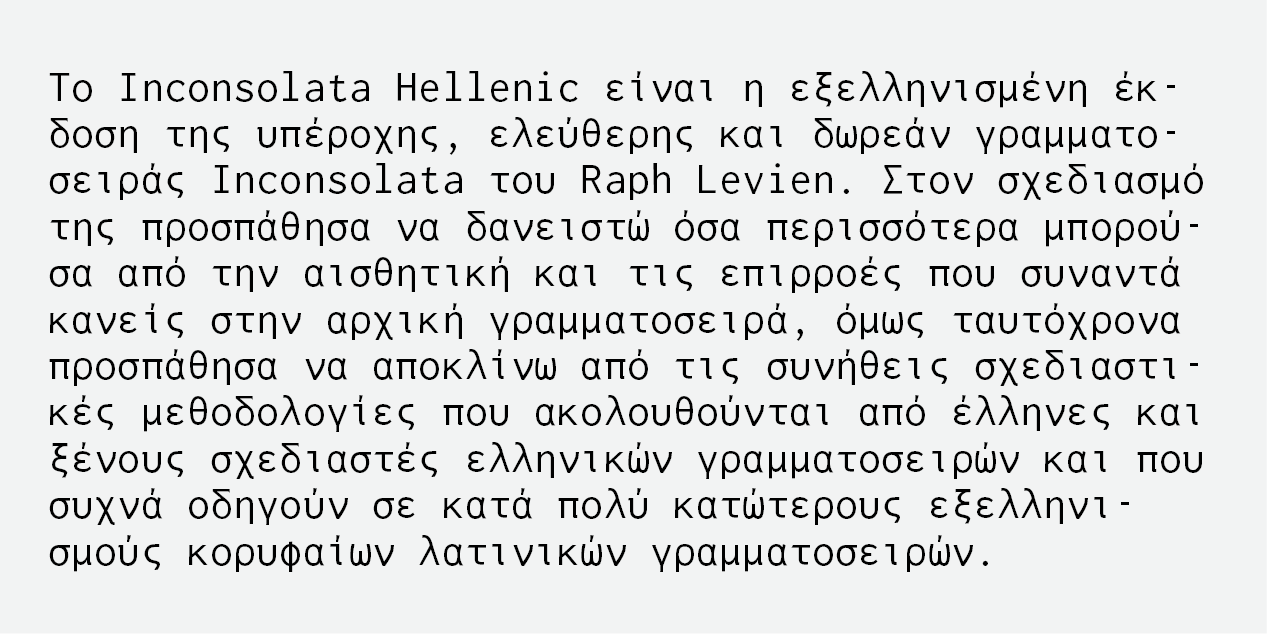 Inconsolata is an open-source font created by Raph Levien and released under the SIL Open Font License. It is a humanist monospaced font designed for source code listing, terminal emulators, and similar uses. It was influenced by the proprietary Consolas monospaced font, designed by Lucas de Groot, the proportional Avenir and IBM’s classic monospaced Letter Gothic.

Inconsolata has received favorable reviews from many programmers who consider it to be a highly readable and clear monospaced font.

A Hellenised version of Inconsolata, containing full support for monotonic Modern Greek, was released by Dimosthenis Kaponis in 2011 as Inconsolata Hellenic, under the same license.

Inconsolata-LGC is a fork of Inconsolata Hellenic which adds bold, italic and cyrillic glyphs.

Inconsolata LGC Markup is a modified version of Inconsolata LGC with minor changes to improve the distinction between various similar-looking glyphs.

Type and technology expert and computer scientist presently working for Google in Mountrain View, CA. His blog was totally dedicated to free and open software. Raph Levien is a software engineer and tech lead of Android Text on the Android UI Toolkit team at Google. A well-known software guru, he was a lead developer for Gfonted and Spiro (a font editor), and helped out with Gimp, among many other things. Raph’s previous work includes Google Fonts and the open source Ghostscript PostScript/PDF engine. The topic for his PhD in Computer Science from the University of California, Berkeley, is on better techniques for interactively designing curves, and he also used these tools to design Inconsolata, one of the fonts available on the font API.