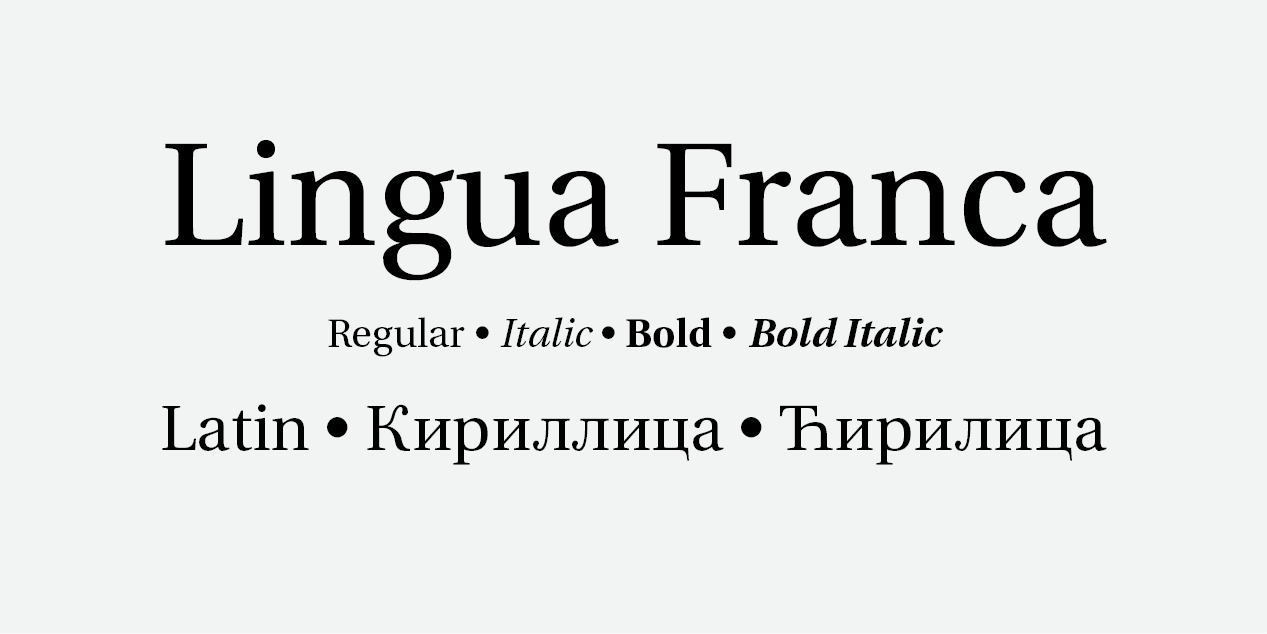 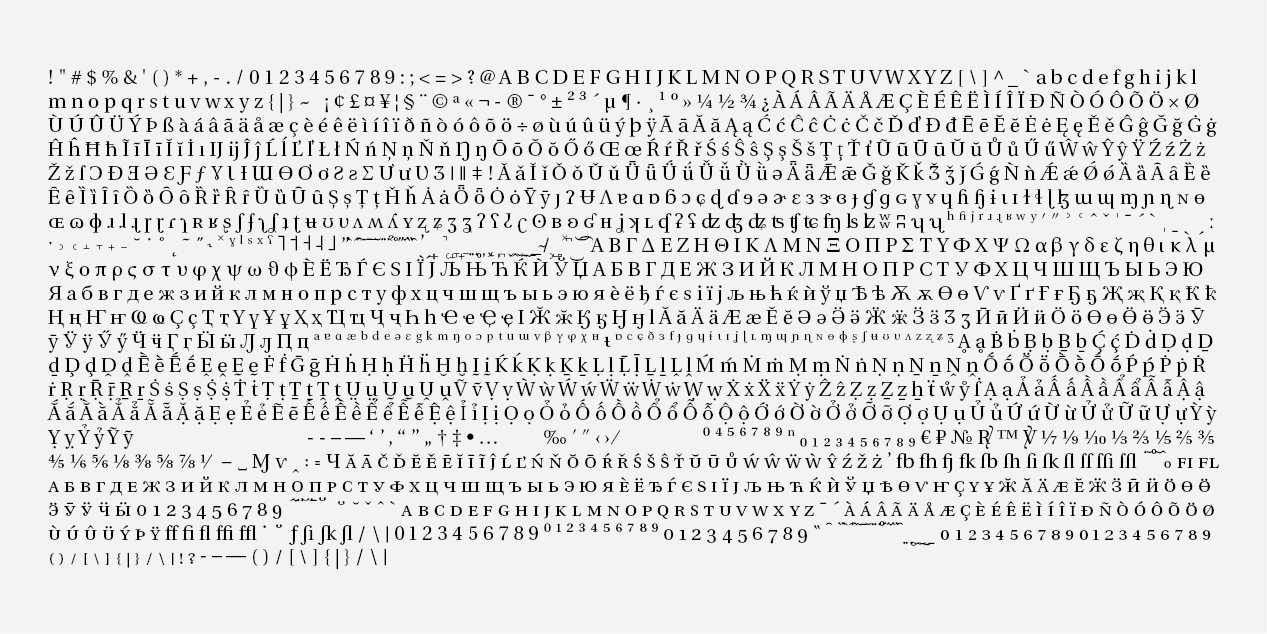 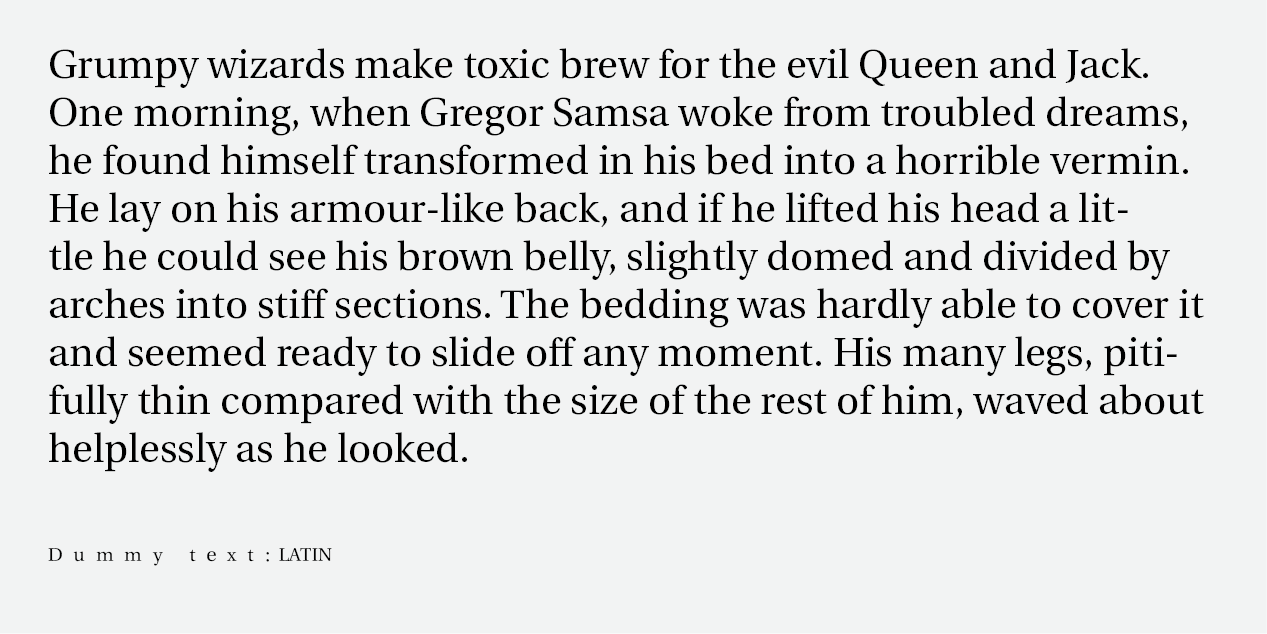 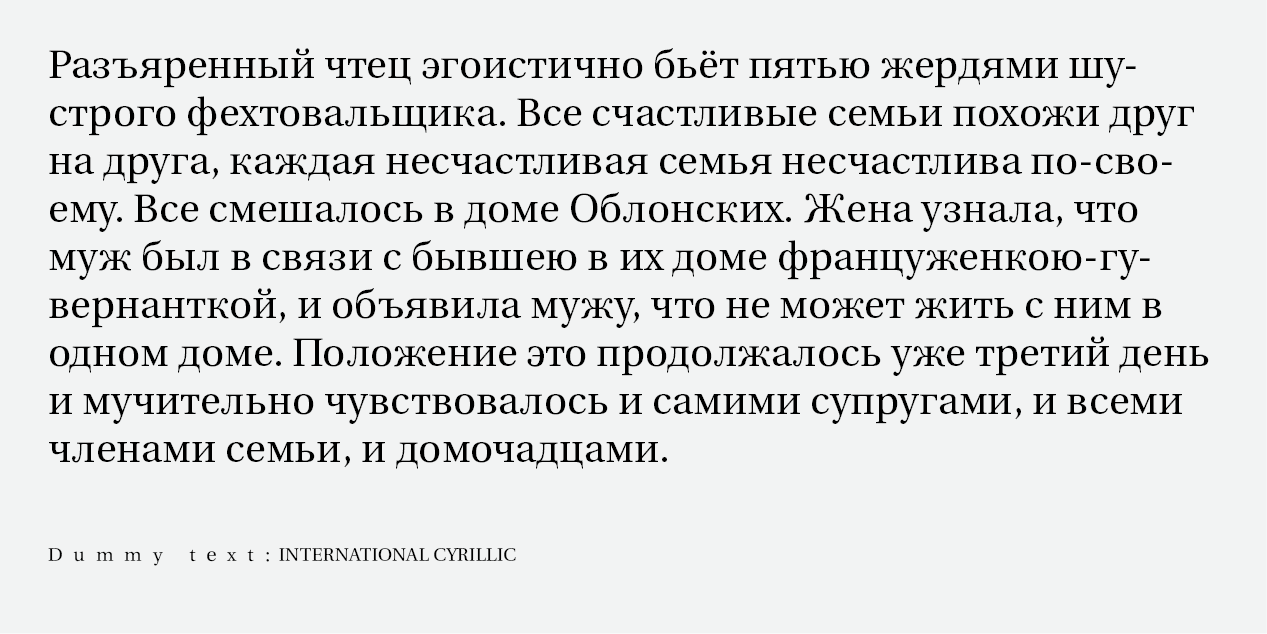 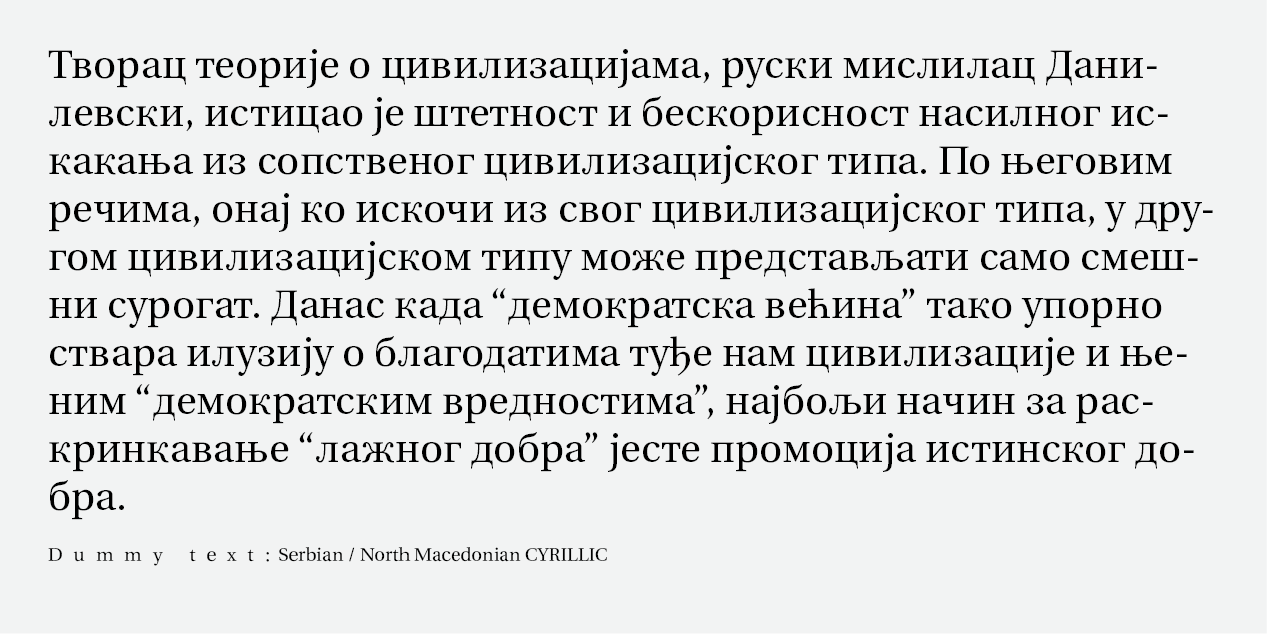 The Lingua Franca OpenType and Web Open fonts (version 1.19) are a modified version of the Heuristica font family, which in turn is based on the Utopia Type 1 fonts, designed by Robert Slimbach for Adobe and licensed to the TEX Users Group (TUG) for free modification and redistribution. The Lingua Franca fonts are particularly useful for documents in linguistics. The regular typeface includes all characters of the Unicode IPA extensions as well as many spacing or combining diacritics. In addition, the typefaces support various typographic features such as ligatures, proportional figures, etc.; a stylistic set provides longer slashes, matching the parentheses in height and depth.

Copyright 2003-2004 the GUTenberg project for the Greek glyphs, which are licensed under the Latex Public Project License (LPPL).

Copyright 2006 Han The Thanh, for the modifications released under the name “Vntopia”.

Copyright 2008-2014 Andrey V. Panov, for the modifications released under the name “Heuristica”.

Copyright 2014 Michael Sharpe for the open-box glyphs, which are licensed under the SIL Open Font License (OFL).

Copyright 2015 Andreas Nolda, for the modifications released under the current name.

Lecturer at the Department of German Studies of the University of Szeged, Hungary. Designer of the free Utopia Nova font family (renamed lately to Lingua Franca) for Latin, Greek and Cyrillic (2014-2015), which is a modified version of Andrey V. Panov’s Heuristica font family, which in turn is based on the Utopia Type 1 fonts, designed by Robert Slimbach for Adobe and licensed to the TeX Users Group (TUG) for free modification and redistribution.

Check out these coupon offer from a select group of foundries with up to 65% off!! This deal runs out on Novemeber 21.