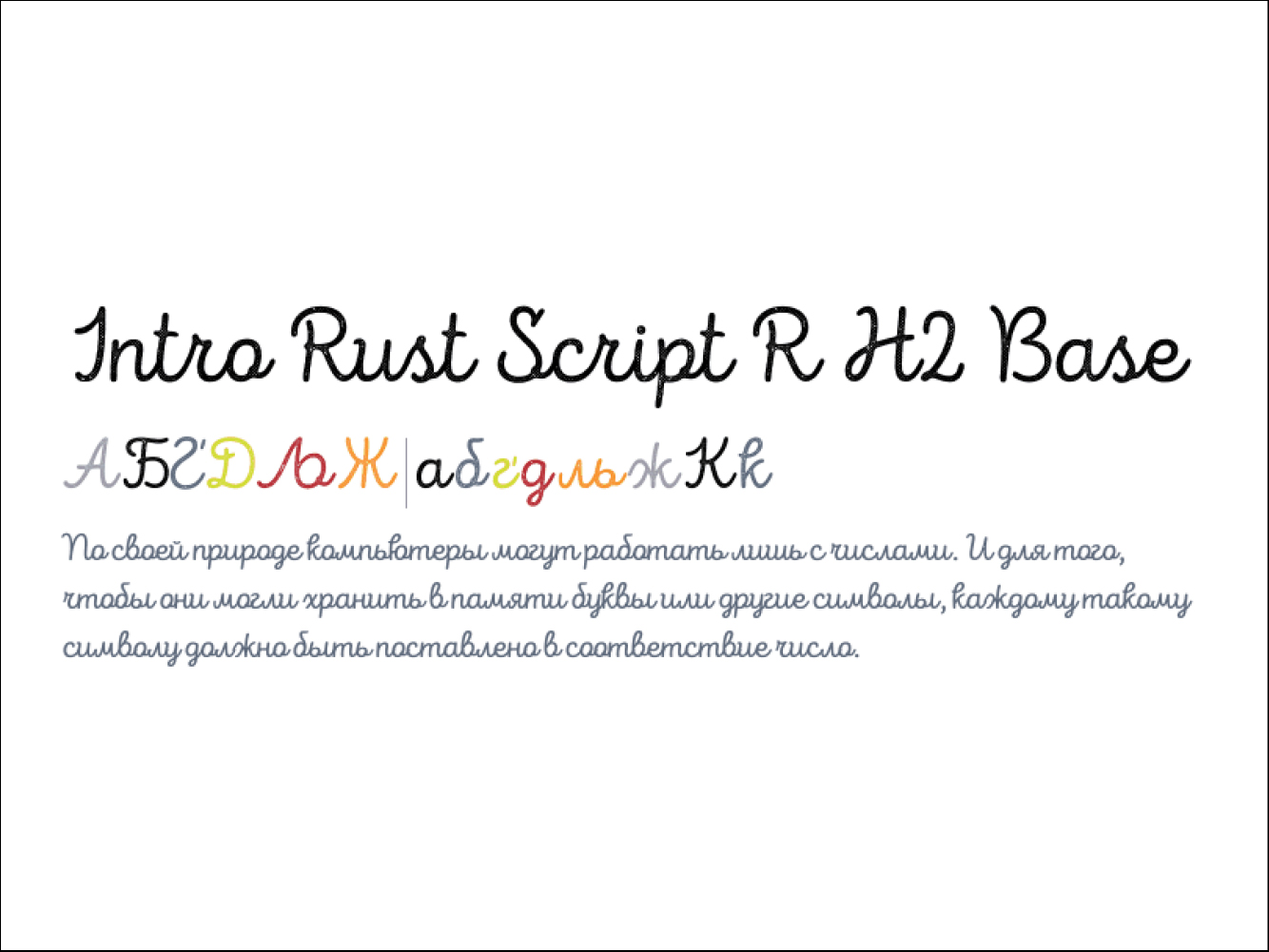 Intro Script R H2 Base is a free part of the Intro Rust family.
Intro Rust family is one of the biggest packages on the market, including 214 fonts. The font family is a rough version of the famous Intro and includes 4 sub-families Intro Rust, Intro Script, Intro Head and Intro Goodies. For all types of design projects like print materials and web design, with just a little imagination you can watch them come alive. Intro Rust fonts will make them more vivid than ever. You want to make a greeting card, a package design, or even a brand identity? Feel free to play with all the patterns and shapes, scripts or those cool fonts with the dots to clinch your next successful project.

Fontfabric is the foundry of Svetoslav Simov, a visual designer who is located in Sofia, Bulgaria, b. 1984. Highly innovative designer whose creations have lots of style and flair. Many fonts are for both Latin and Cyrillic.
More… LUC DEVROYE | TYPE DESIGN INFORMATION

Type designer, b. 1988, Sofia, Bulgaria, who works at Fontfabric, Svetoslav Simov’s typefoundry. She completed her Bachelor’s degree at The National Academy of Art in Sofia. In 2014 she obtained a Master’s degree in type design.
More… LUC DEVROYE | TYPE DESIGN INFORMATION