Books_XIX_01
“Typography in Bulgaria – XIX Century” is a review of books and magazines published in Bulgaria in the XIX century. The main purpose of the review is to showcase the history of the Bulgarian typography. It includes over 140 pages with illustrations, arranged by years.

Please, purchase the full version of the edition through our SHOP.

The book was written and published by Petar Beron in 1824. It is one of the most significant secular works of the Bulgarian National Revival. It was the first secular publication in modern Bulgaria. 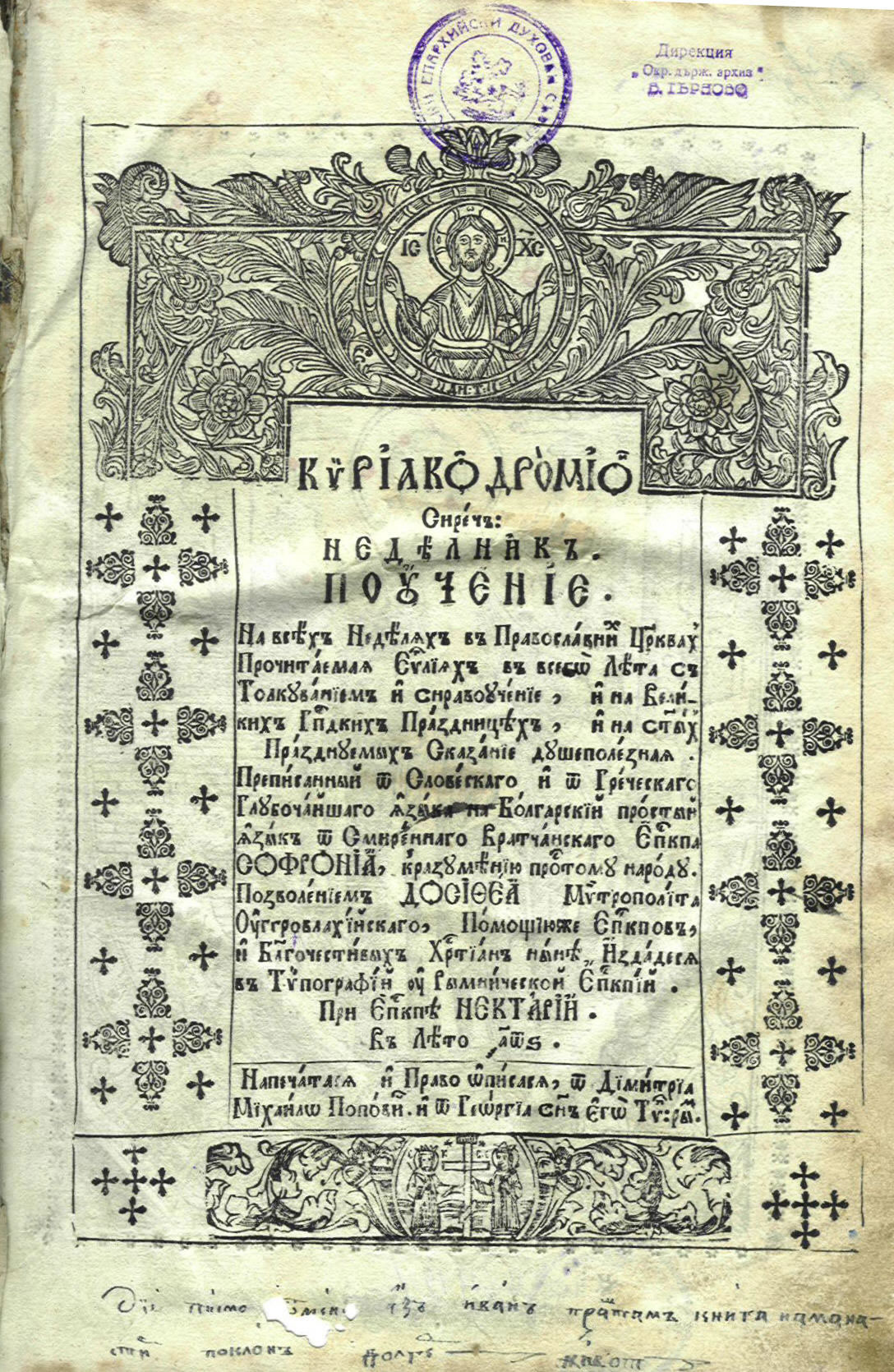 Please click the picture to look inside the book.

The Sunday Book is the first book published in modern Bulgarian. It was written by Bishop Sofronii, an associate of Paisii Hilandarski, the founder of the Bulgarian Renaissance movement. It consists of 96 sermons, and was intended to serve as a religious guide at a time when the Bible had not yet been translated from Old Bulgarian.

A Traveller in the Woods or Forest Wanderer

He penned his best-known work, Gorski Patnik (translated as A Traveller in the Woods or Forest Wanderer), while hiding from Turkish authorities near Kotel during the Crimean War (1853–56). Considered one of the first Bulgarian literary poems, it was not actually published until 1857.[2] The published version differed from the first version, in that it had a clearer plot and improved style.

The plot concerns a Bulgarian man who recruits a rebel group to mutiny against the Turks. Rakosvki’s aim in writing this was to awaken the people’s spirit to fight for freedom and to take revenge on the Turks for their cruelty. The novel opens with the main character admiring the beauty of nature on the Bosporus. A preoccupation with national problems and lack of freedom clouds his mind, and he encourages others to join him in a revolt. As the insurgents travel toward Bulgaria, the reader takes in their courage and trials of the journey. The work is said to “unite all the ideology, hopes and beliefs” of the Bulgarian people in their brave fight against the yoke.

Rakovski left Gorski Patnik incomplete. Written in archaic language, it was difficult to read, but still had a great influence in society.