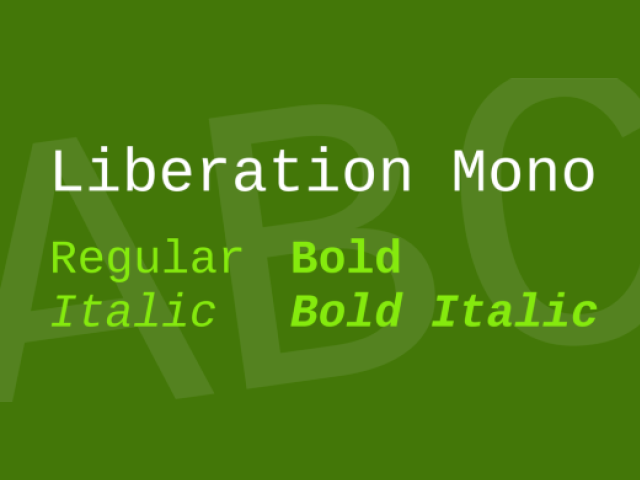 Liberation Mono is styled closer to Liberation Sans than Monotype’s Courier New, though its metrics match with Courier New.