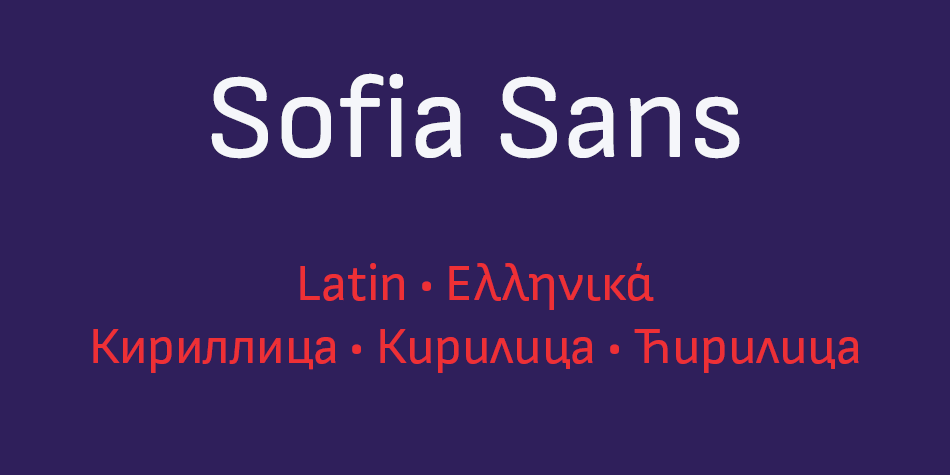 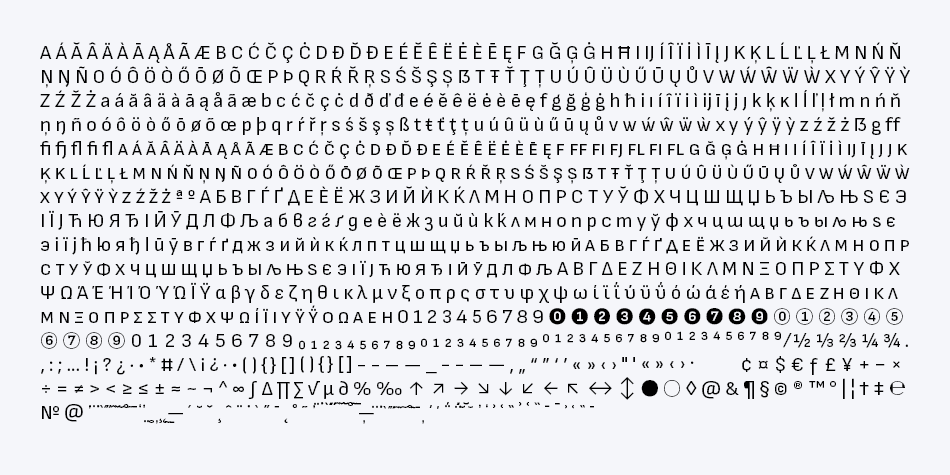 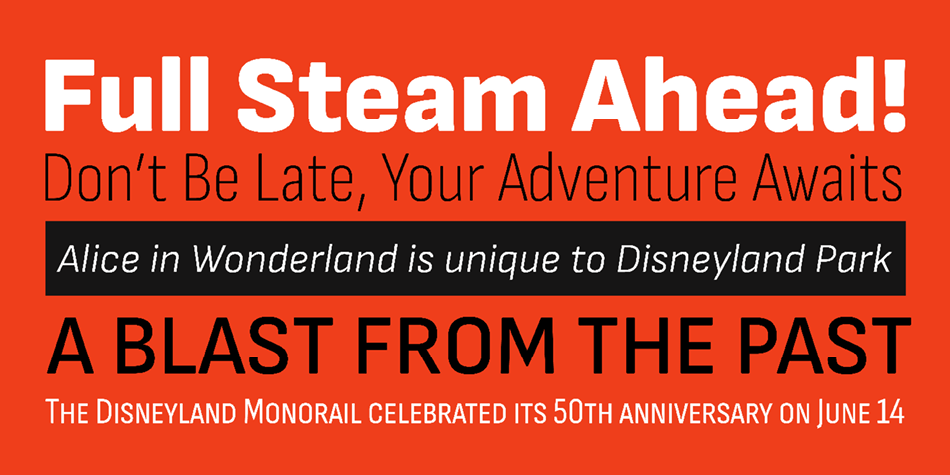 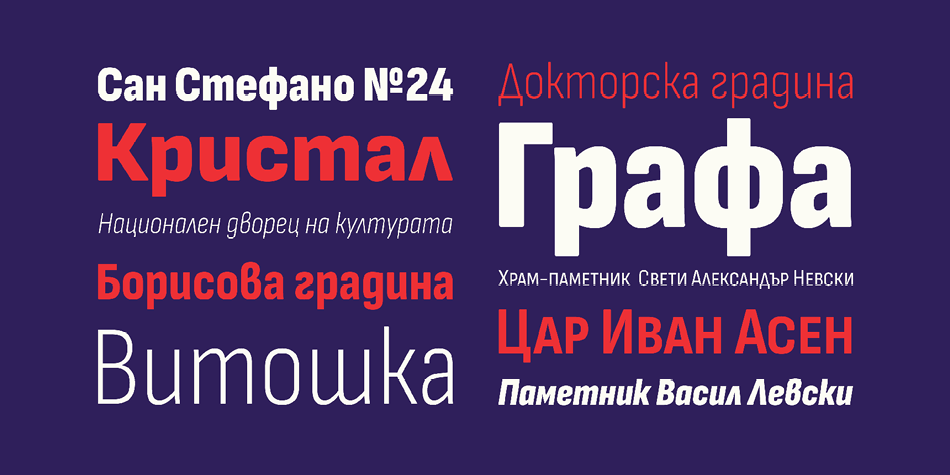 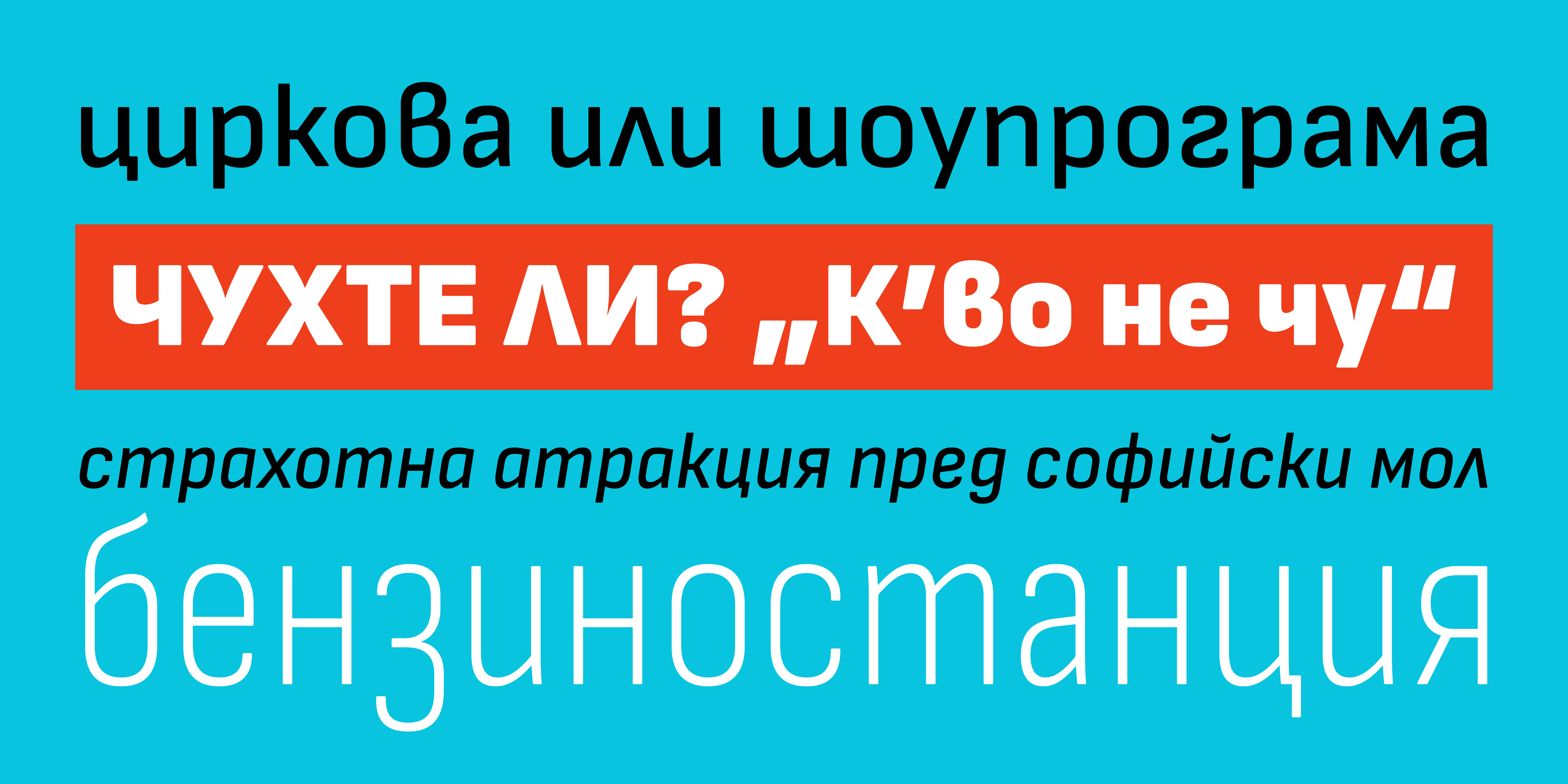 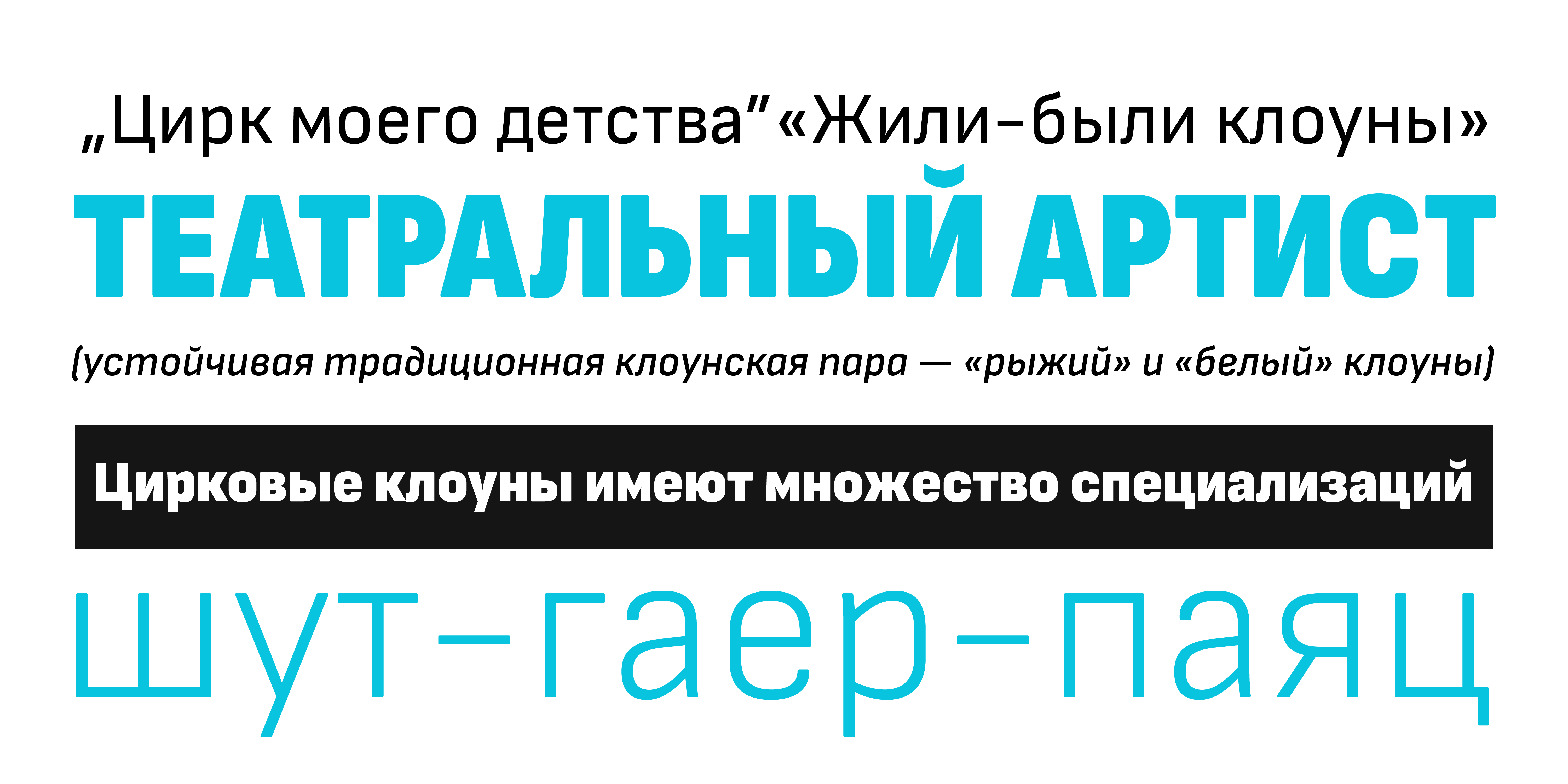 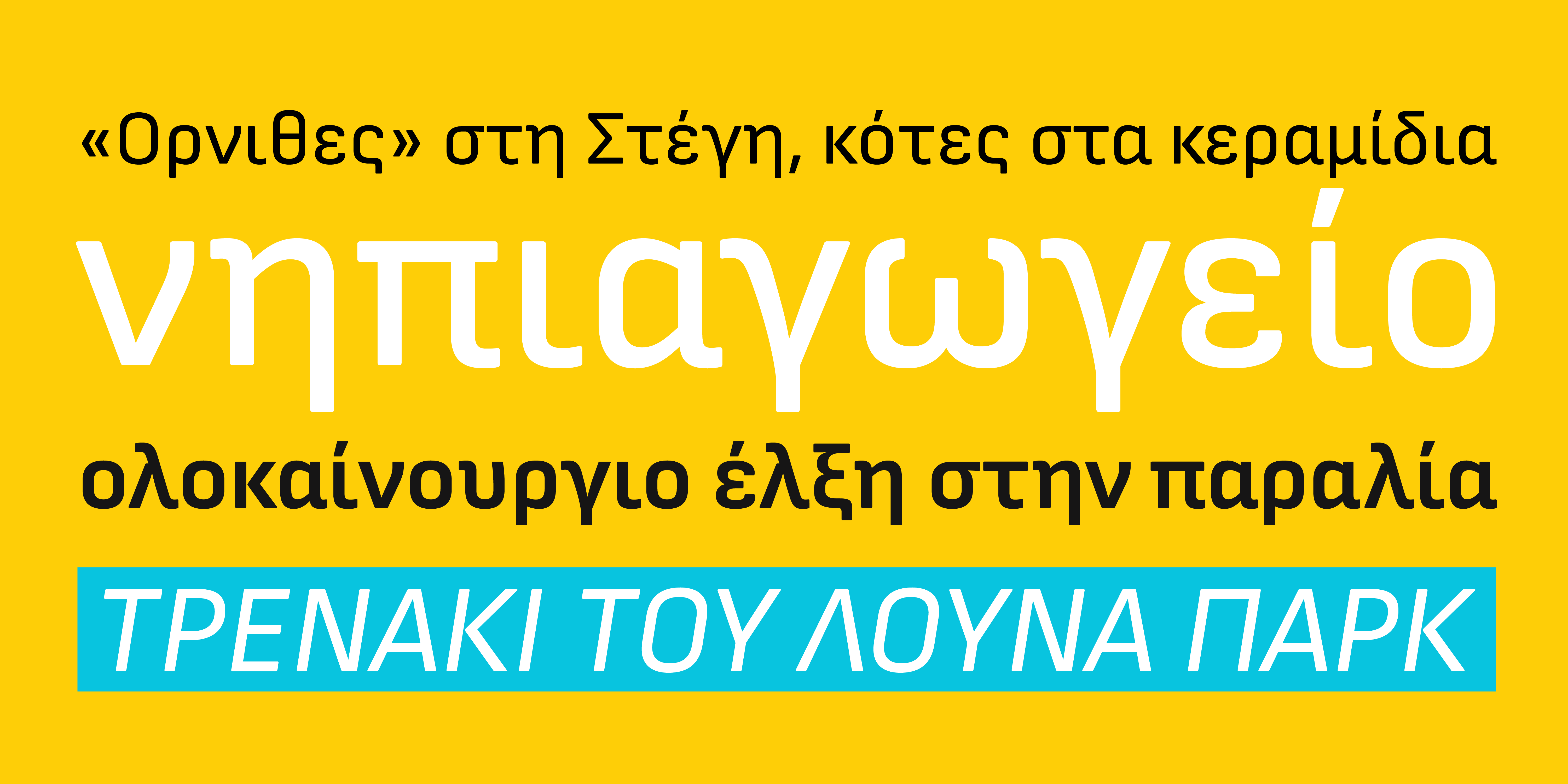 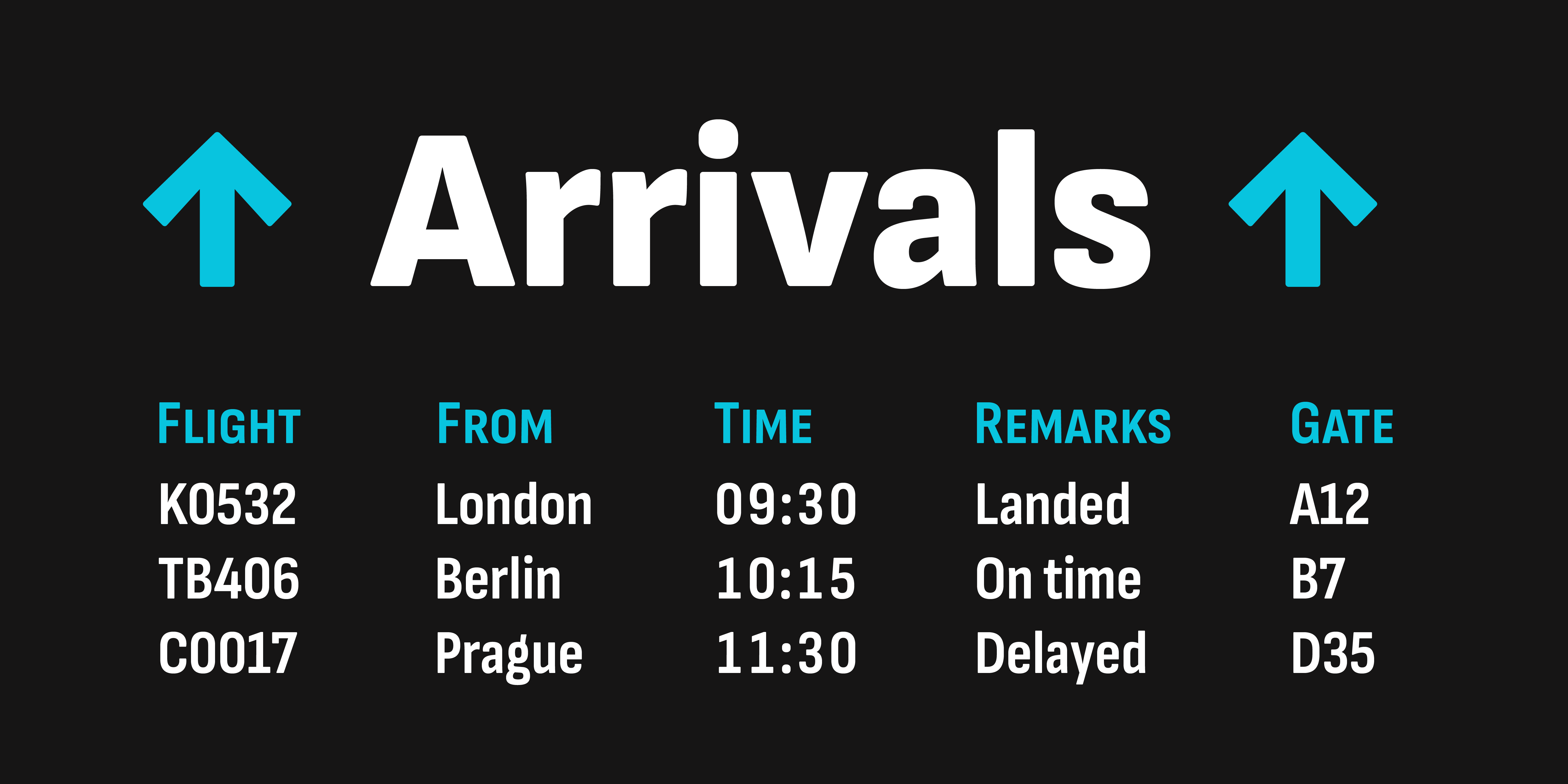 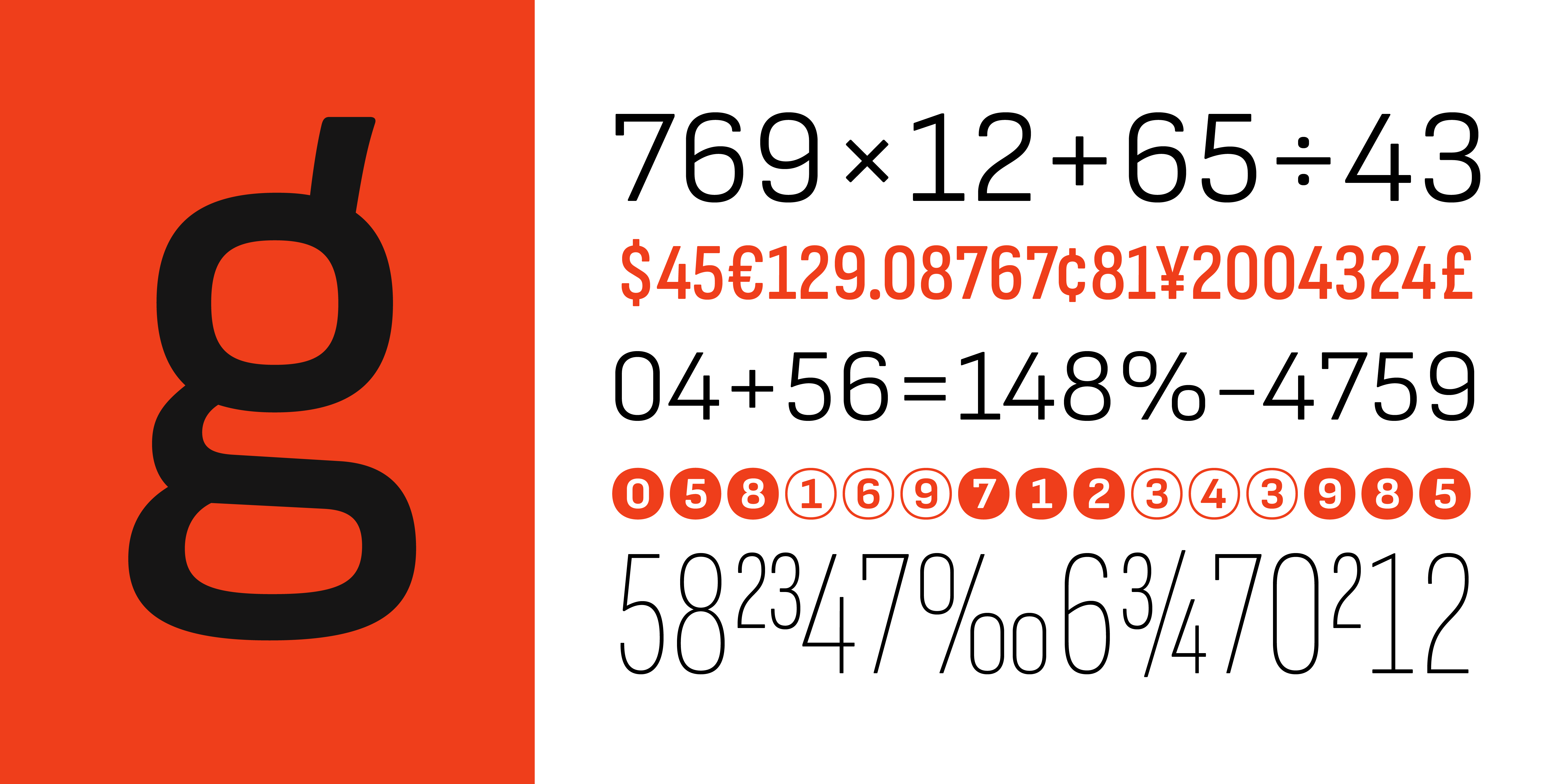 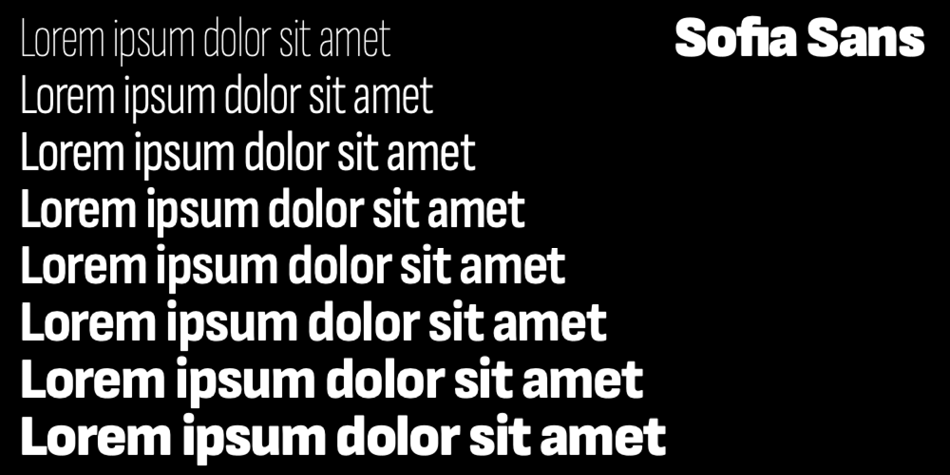 The story of Sofia Sans started with a phone call from Filip Boyadjiev, a colleague of ours and Ani Petrova’s former fellow student at the National Academy of Art Sofia. At the tail end of 2017, Boyadjiev informed us that his studio Fullmasters had been hired to develop a wayfinding system for helping visitors navigate Sofia’s tourist sights and attractions. That year, the Bulgarian capital had reached second place in tourism growth among European cities. The wayfinding system required a feature-rich OpenType family with a large character set including small caps, several figure styles, arrows, numerals in circles, etc. Most importantly, the fonts needed to offer support for Bulgarian Cyrillic, as all text was to be set in both Latin and Cyrillic.

Because of the modest budget and short deadline, creating a new type family from scratch for this purpose was not feasible. Fortunately, we had a viable candidate that we could expand to meet the project’s requirements: Attractive. The story of this humble font began with another phone call and a simple question. Earlier in 2017, my Bulgarian colleague Ani had asked me: “Why don’t we make a free font? A nice one, not a quick and dirty one! And let’s share it with the world.” A tiny seed was planted, but little did we know how big the project eventually would grow.
First, we needed to decide which kind of typeface to create. Going through potential type styles, we settled on a straight-sided sans. The inspiration for our design came from early-twentieth-century so-called technical sans serifs—typefaces with confident letterforms, a pronounced vertical impetus, and tense curves. We aimed to create a universally useful font family. With narrow proportions and a generous x-height, we drew a space-saving workhorse that would work well in very diverse environments: from large to small, for display and immersive reading, on-screen and in print. When looking for a name, we went back to that original question and christened our typeface Attractive.

Back to Sofia’s wayfinding system—Attractive only existed in two styles—one single weight in upright and italic—and had a limited character set. Still, it provided an excellent jumping-off point for developing an extensive type family. Fullmasters’ concept consisted of three types of elements: large and small totems containing text, directions, and map information, and signboards when only a minimum of information was necessary. We soon concluded that the typeface needed to have condensed widths too, to accommodate the different sizes of the two totems and the signboards. We also had to take into consideration the varying lengths of the names of streets, squares, parks, buildings, monuments, and other tourist sights featured on the signage. Eventually, we ended up planning a comprehensive type system in four widths with extended language support. It needed to cover Extended Latin as well as the Greek and Cyrillic alphabet because we wanted the fonts to support all three scripts used in the European Union.

Copyright 2019 by The Sofia Sans Project Authors. All rights reserved.

Sofia Sans in Use 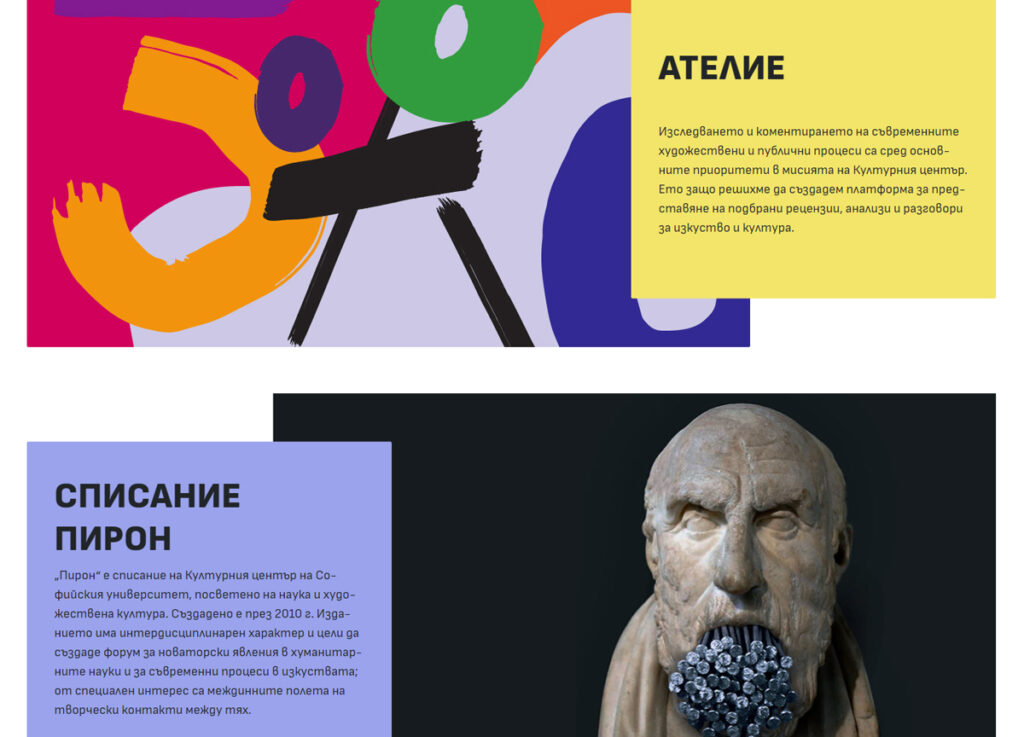