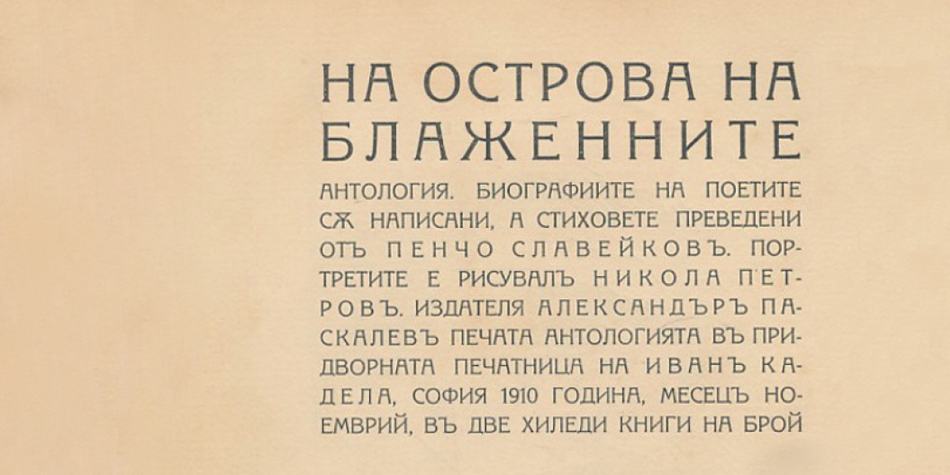 Na ostrova na blazhennite (“On the Island of the Blessed”) is an anthology by Pencho Slaveykov, published in 1910 in Sofia.

The book is a literary mystification, consists of 19 short essays on fictional artists, which bear features from the biographies of Bulgarian and foreign writers, as well as Slaveykov himself. The biographical essays are “accompanied” by graphic portraits of the artist Nikola Petrov, based on photographs of Slaveykov from different periods of his life. 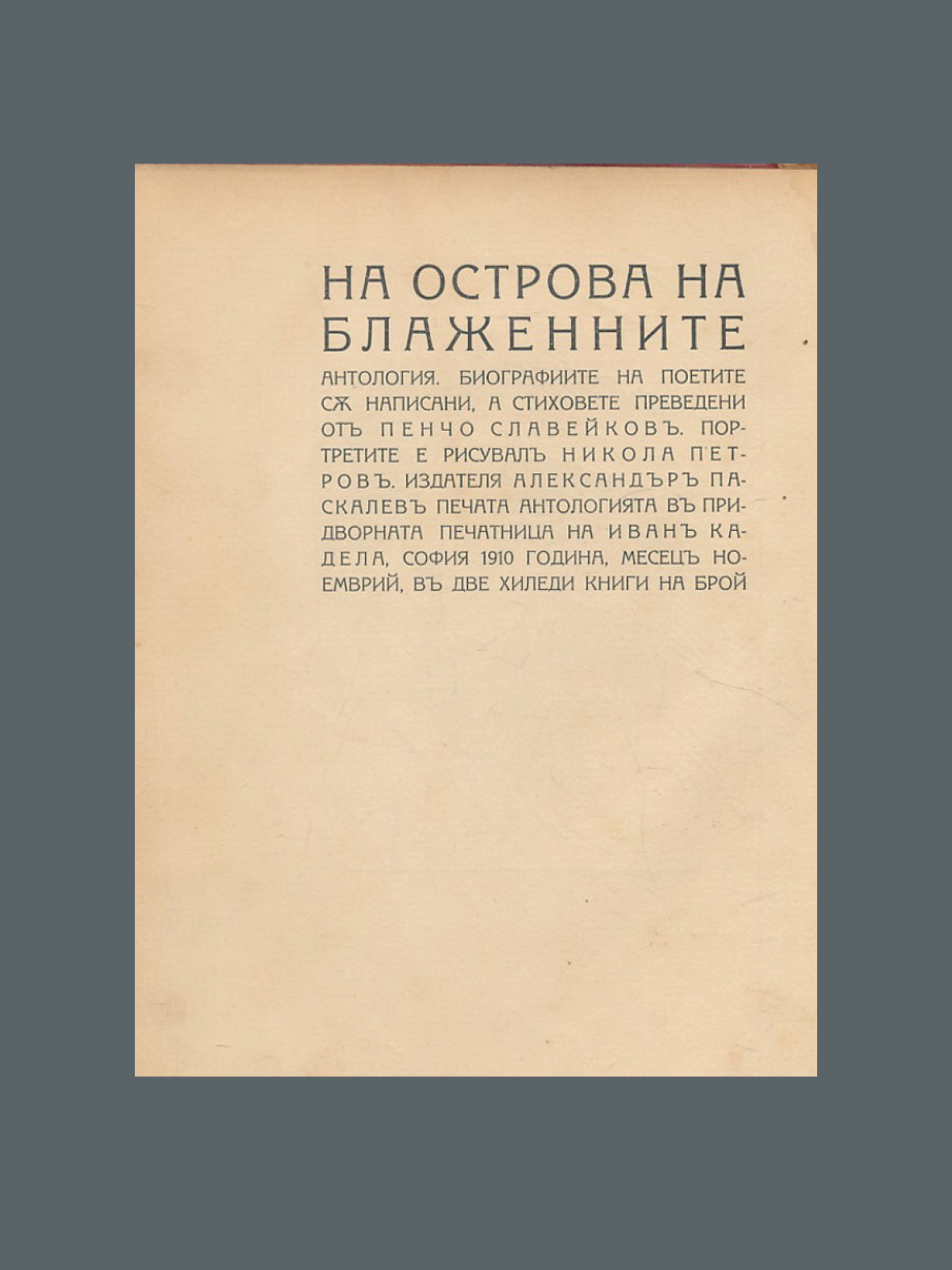 The font Korinna is used for the title of the book.

Korinna is a serif typeface, first released by the H. Berthold AG type foundry in 1904.

This is one of the most commonly used fonts in Bulgaria in the 20th century. Its application gradually decreased after the 1960s.

A Cyrillic digital version was developed in Russia by Paratype (1995–1997) – designer Ljubov Kuznetsova.

A Cyrillic digital version with Bulgarian Cyrillic letterform model was developed in Bulgaria by Jivko Stankulov and Nikolay Pekarev (1993). This font is named Karina Cyr.

Source Fonts in Use
Source Wikipedia