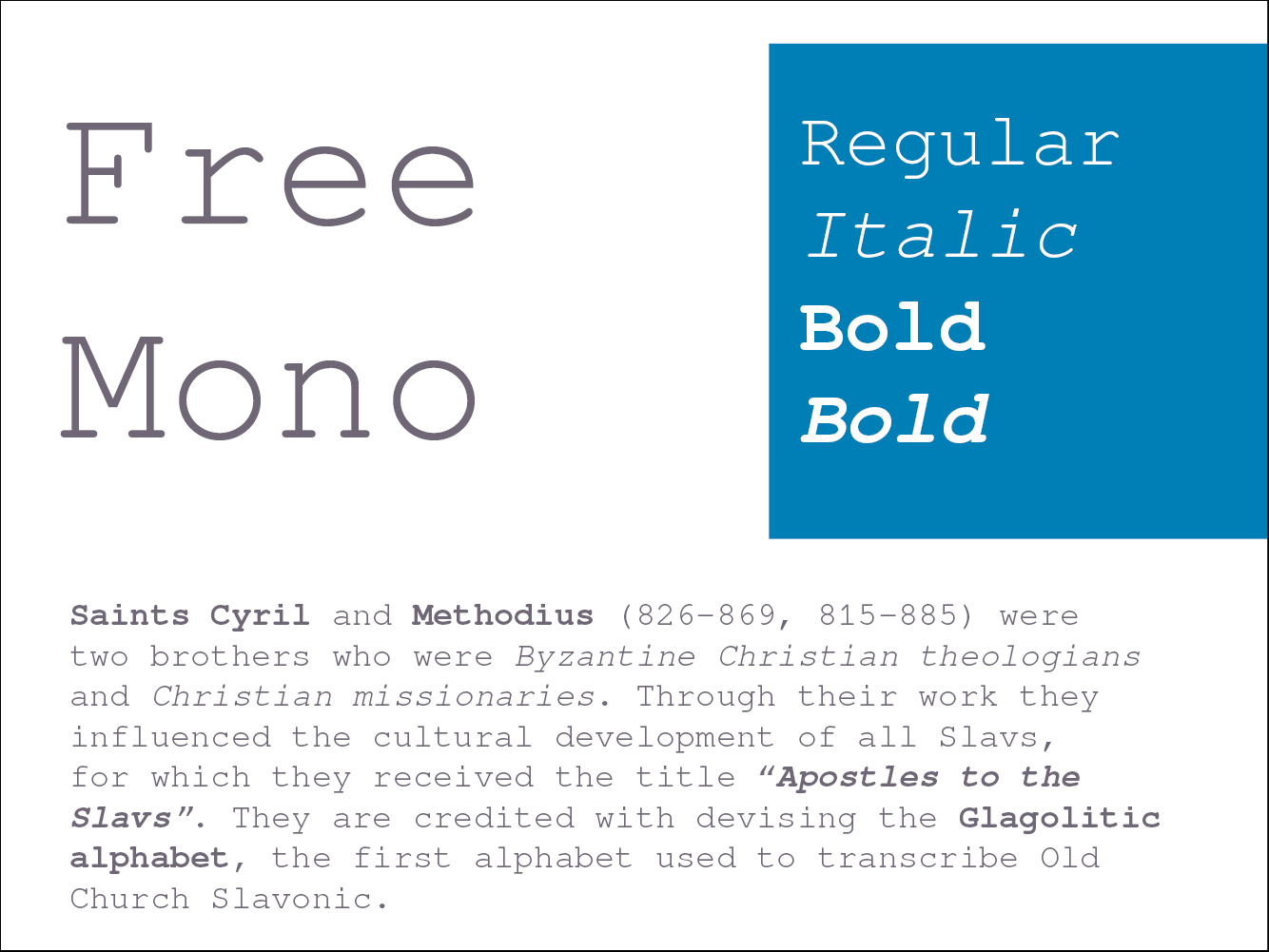 GNU FreeFont (also known as Free UCS Outline Fonts) is a family of free OpenType, TrueType and WOFF vector fonts, implementing as much of the Universal Character Set (UCS) as possible. The project was initiated in 2002 by Primož Peterlin and is now maintained by Steve White.
The fonts are licensed under the GNU GPLv3 with a font exception, ensuring they may be both freely distributed and embedded or otherwise utilized within a document without the document itself being covered by the GPL.
The family includes three faces: FreeMono, FreeSans, and FreeSerif, each in four styles. These fonts can be obtained gratis from GNU Savannah.

At the core of the collection are 35 Type 1 fonts donated by URW++ Design & Development GmbH for Ghostscript project to be available under the GPL. The basic Cyrillic range is based on Valek Filipov’s Cyrillic and Omega Serif, via Tempora LCG Unicode. Valek Filippov added some composite Latin Extended-A glyphs. Angelo Haritsis compiled a set of Greek Type 1 fonts, used in FreeSans and FreeMono. The Devanagari range in serif is from the Velthuis TeX font, while the range in sans is based on Gargi; Bengali and Gurmukhi ranges are based on Harsh Kumar’s BharatBhasha project and others. The Gujarati and Oriya ranges are based on Samyak fonts. The Ethiopic range is based on the Ethiopic metafont project at the University of Hamburg.

The family covers characters from the following Unicode blocks:

Design: The project was initiated in 2002 by Primož Peterlin and is now maintained by Steve White.