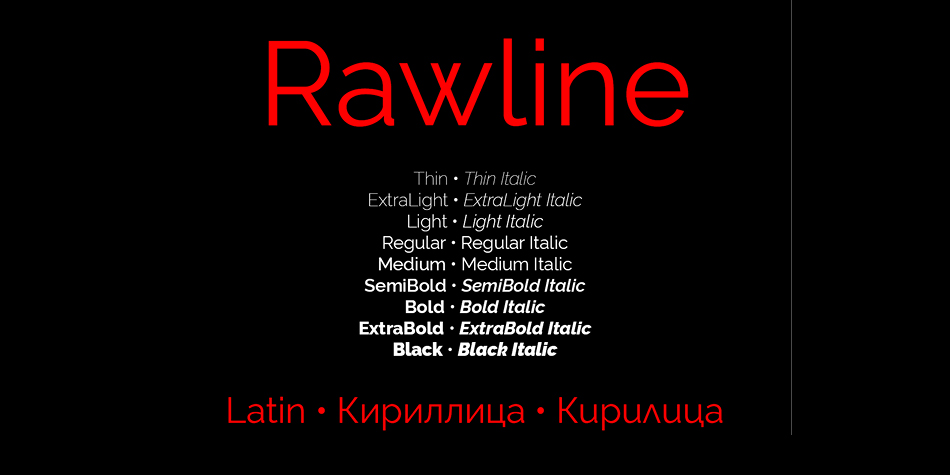 Rawline is your beloved Raleway font with lining numerals as default.

Raleway is an elegant sans-serif typeface family. Initially designed by Matt McInerney as a single thin weight, it was expanded into a 9 weight family by Pablo Impallari and Rodrigo Fuenzalida in 2012 and iKerned by Igino Marini.

It is a display face and the download features both old style and lining numerals, standard and discretionary ligatures, a pretty complete set of diacritics, as well as a stylistic alternate inspired by more geometric sans-serif typefaces than its neo-grotesque inspired default character set.

It also has a sister family, Raleway Dots.

In August-September 2016 (Raleway v.4.000) existing Cyrillic was redrawn and expanded for both Roman and Italic by Alexei Vanyashin and Ivan Petrov (Cyreal) to support 60 Cyrillic languages.

Design: The League of Moveable Type