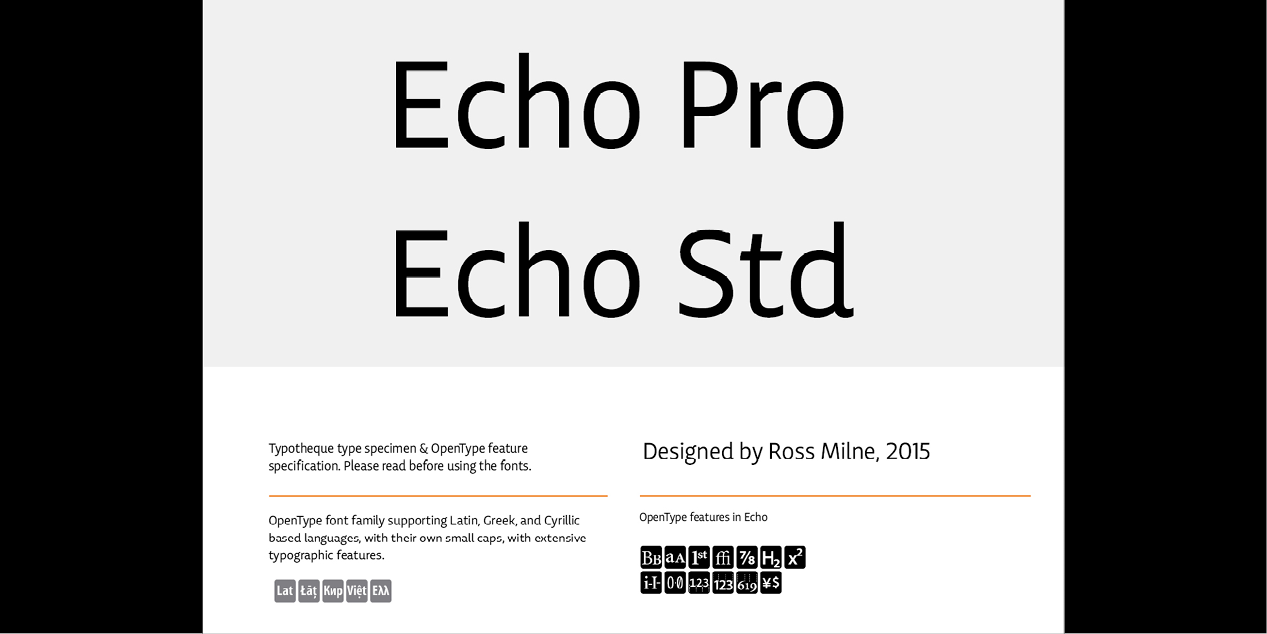 Echo, a sans serif counterpart to Charlie typeface, designed by Ross Milne. Echo is clear and direct, with subtle influences from the broad nib pen. The two typefaces developed more-or-less simultaneously, learning from the other.

All weights of Echo include nine different kinds of numerals. Default numerals are proportional Lining numerals. The typeface includes: ranging, or OsF (Old-style proportional Figures) for use in running text. Lining figures for use with capitals letters, because their proportions match the height of caps. Tabular (both Lining and OsF), Superior and Inferior figures, Small caps figures, and finally Circled and Circled inverted figures.

Echo contains a series of arrow sets and symbols relevant for exhibition settings as well as a series for broader use.

Echo was designed by Ross Milne, and published in 2015. The Cyrillic version was adapted from Charlie, designed by Gayaneh Bagdasaryan and Greek by Natasha Raissaki.

Ross Milne (b. 1985) works and lives in Vancouver, Canada where he studied at the Emily Carr University. After graduating with a degree in Communication Design (2007), he moved to Den Haag, where he studied type design at the KABK, and graduated in 2008. In early 2009, he returned to Vancouver. He works as a contributing designer with Commercial Type while pursuing his own projects in graphic design and type design. His foundry and studio is called Working Format.