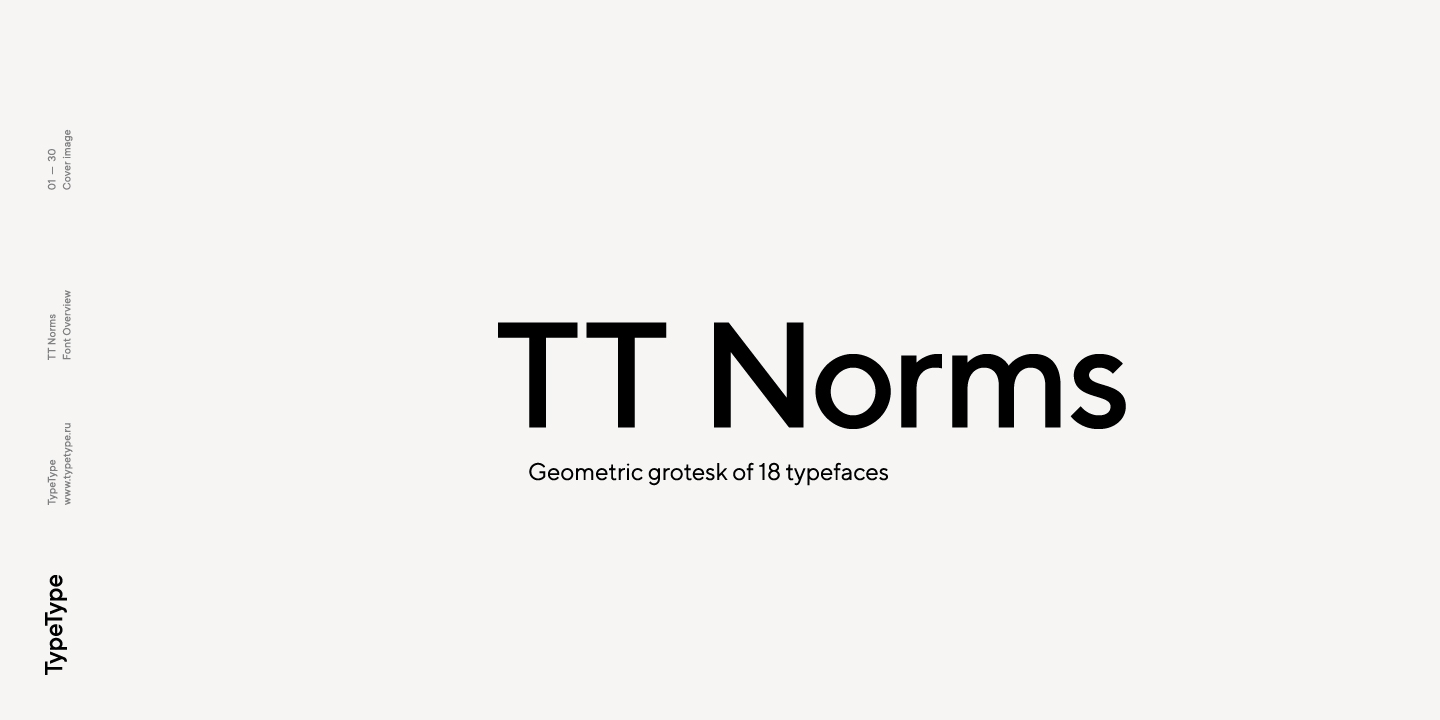 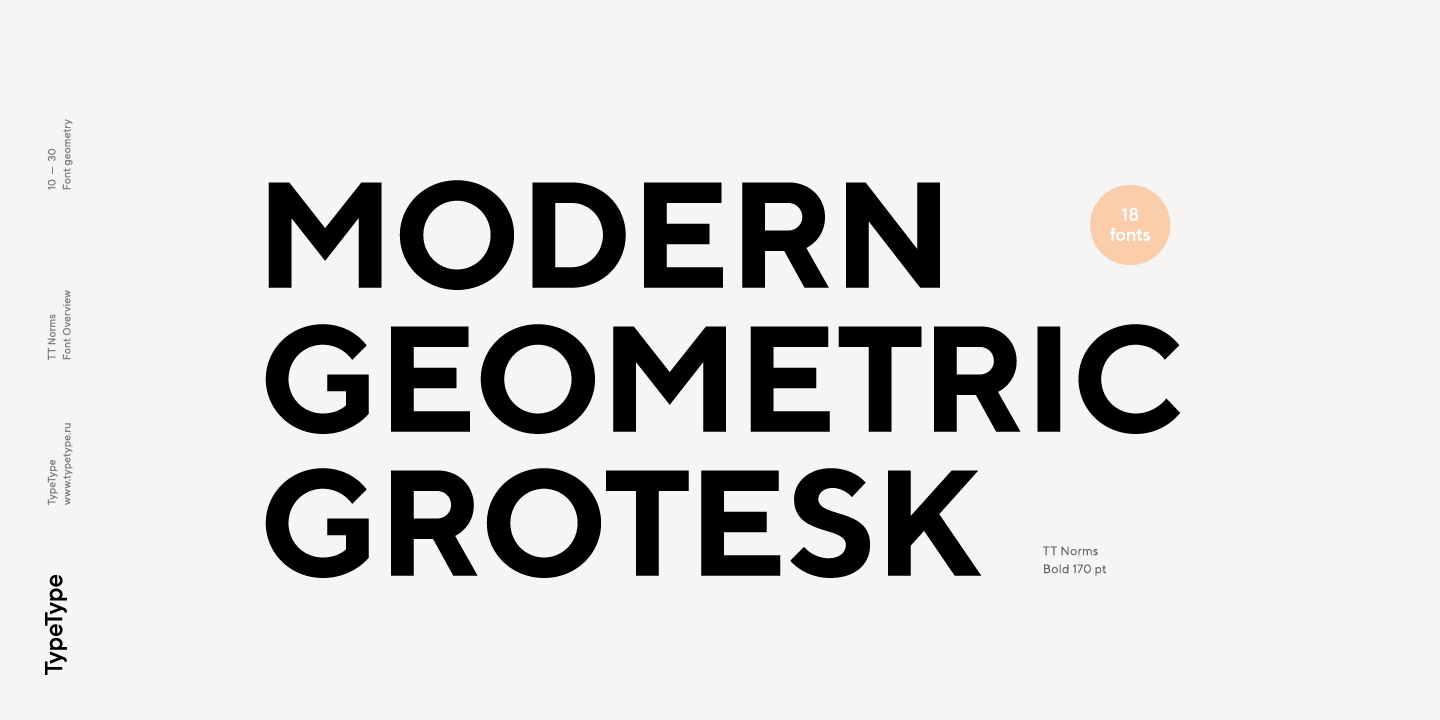 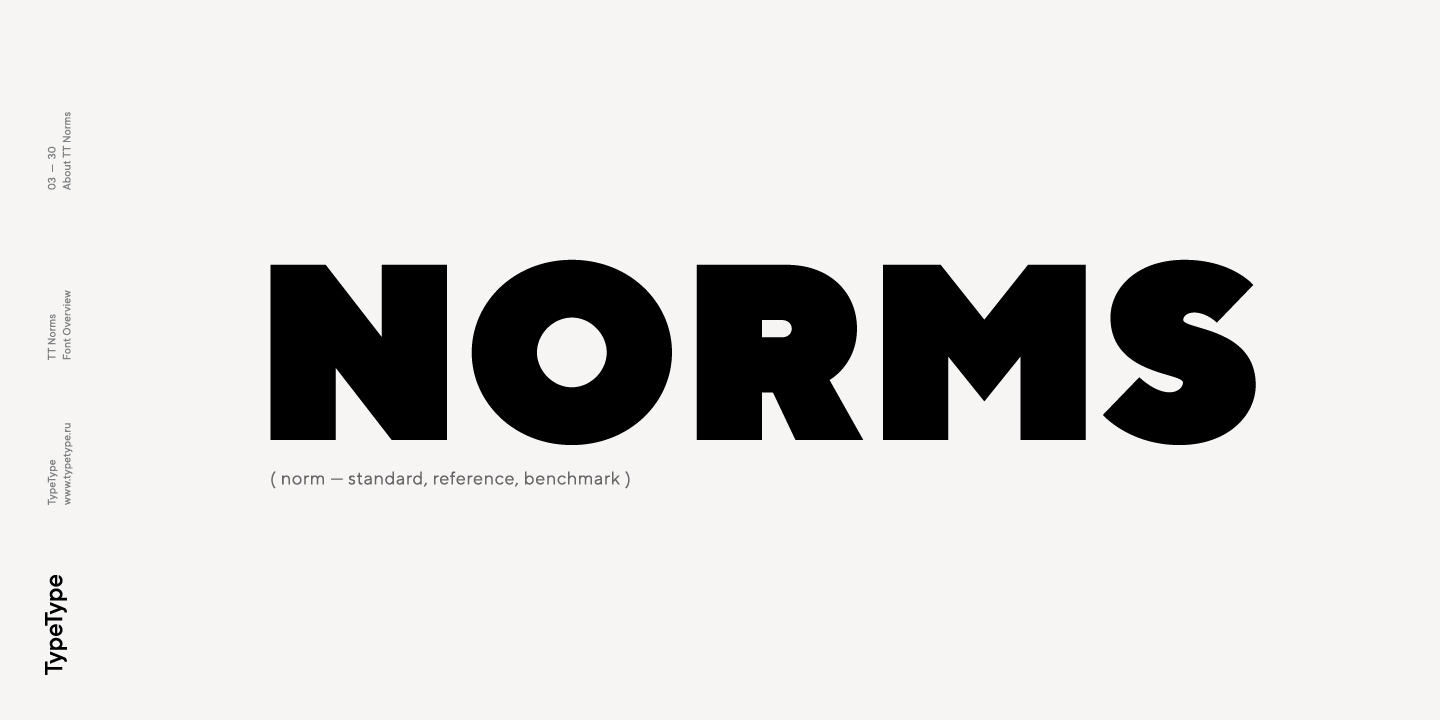 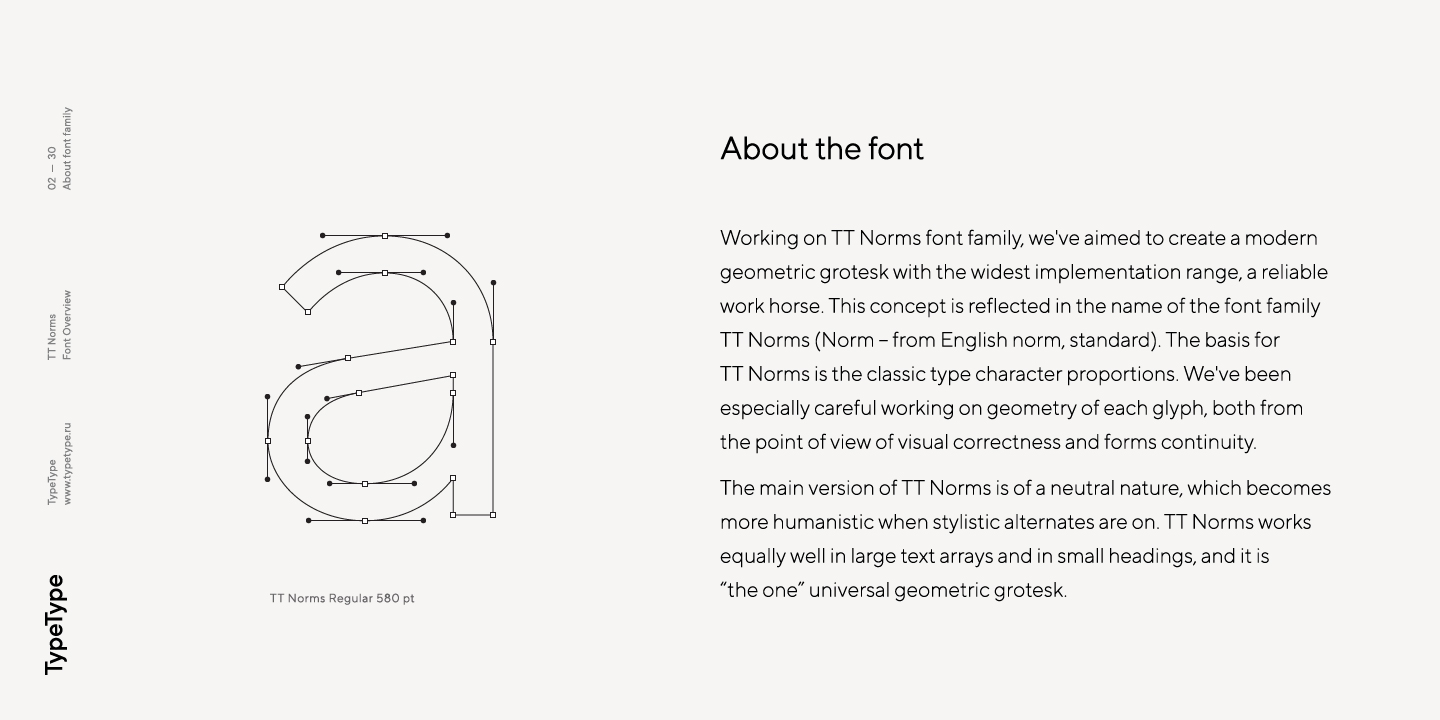 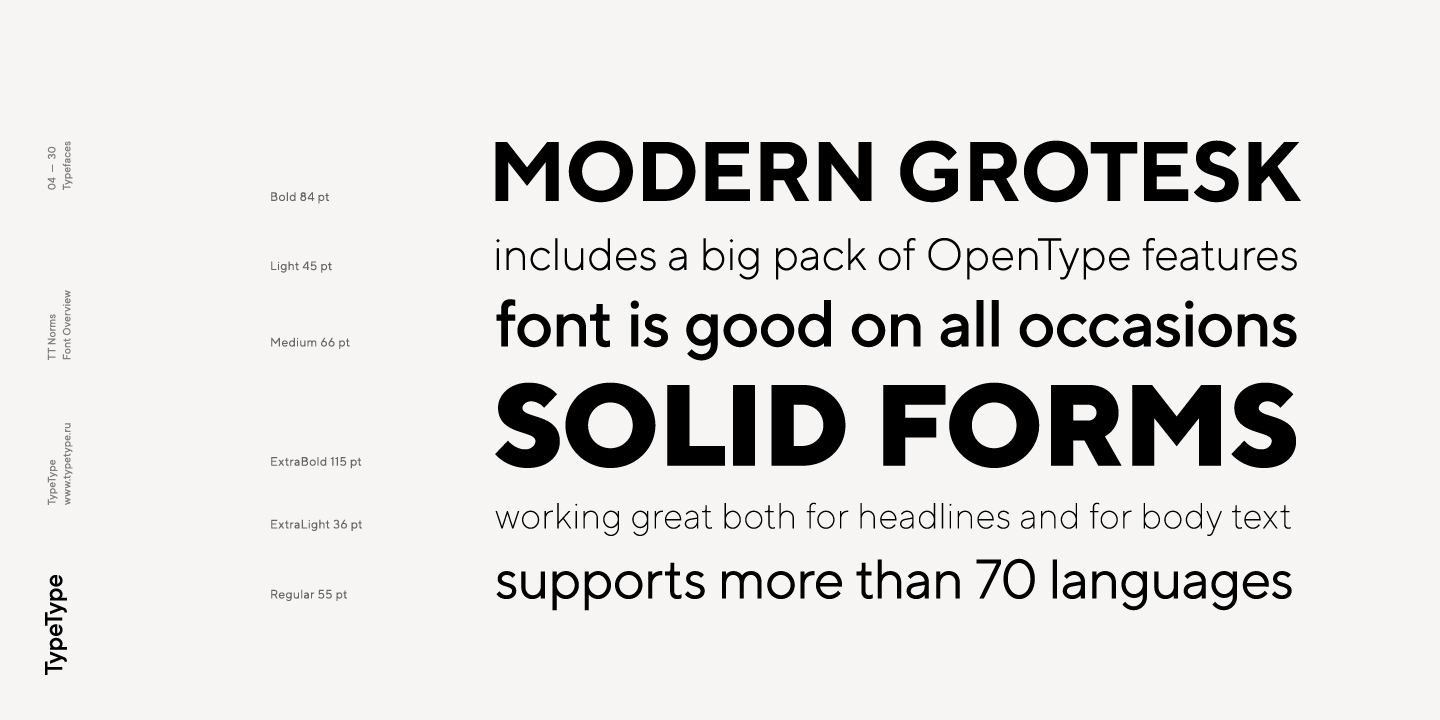 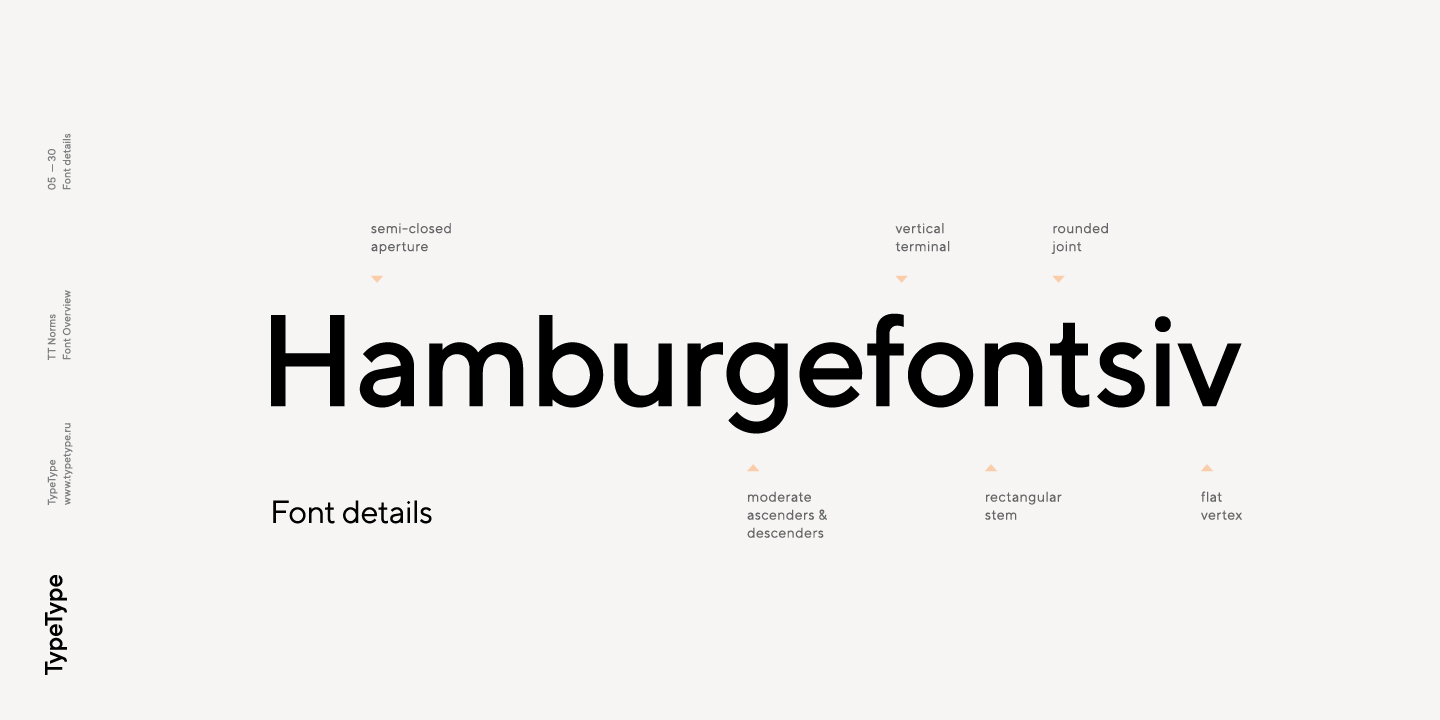 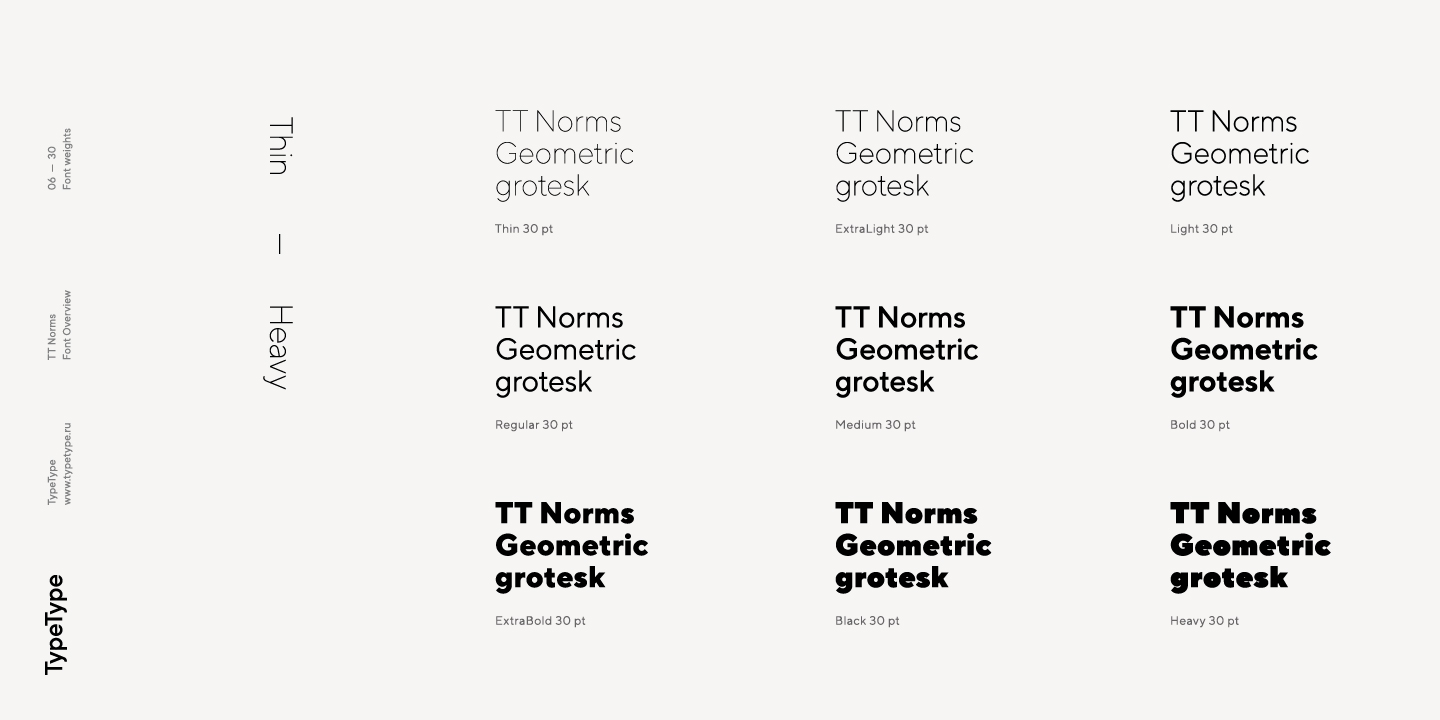 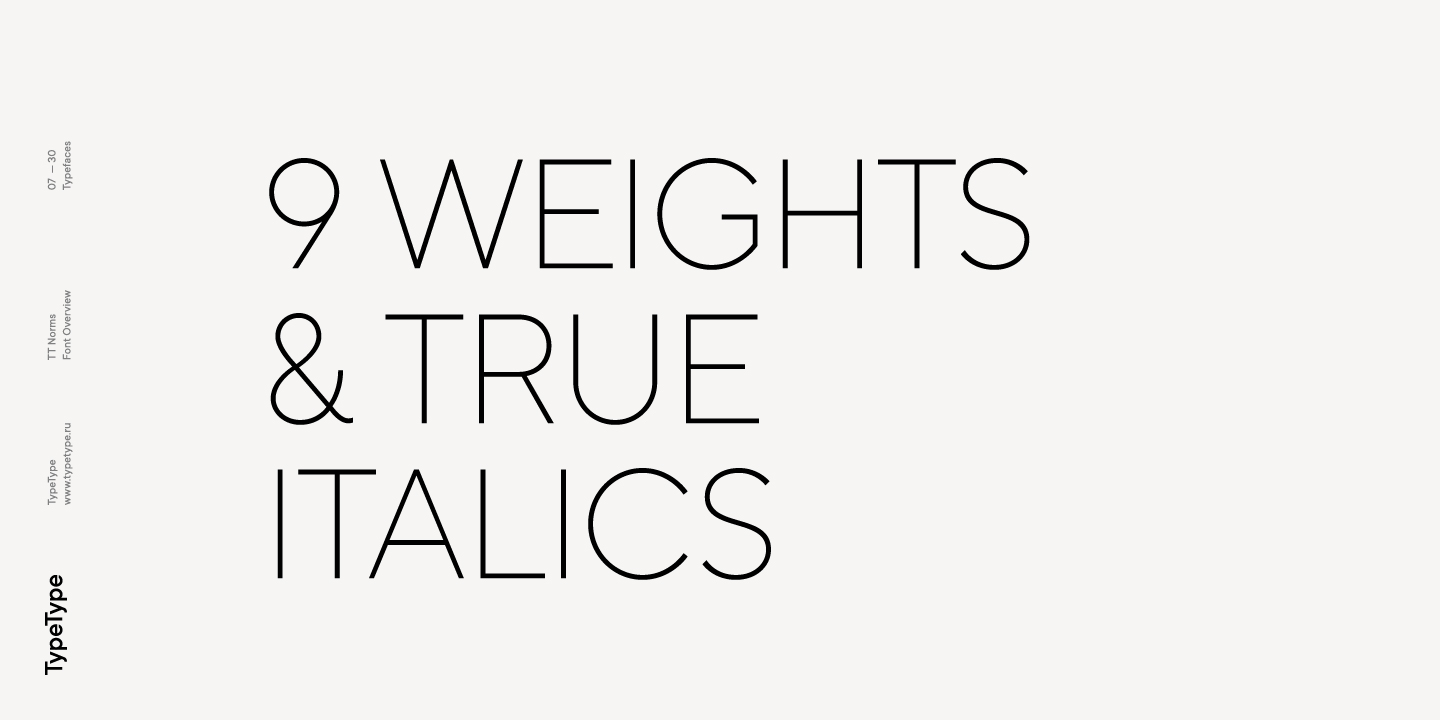 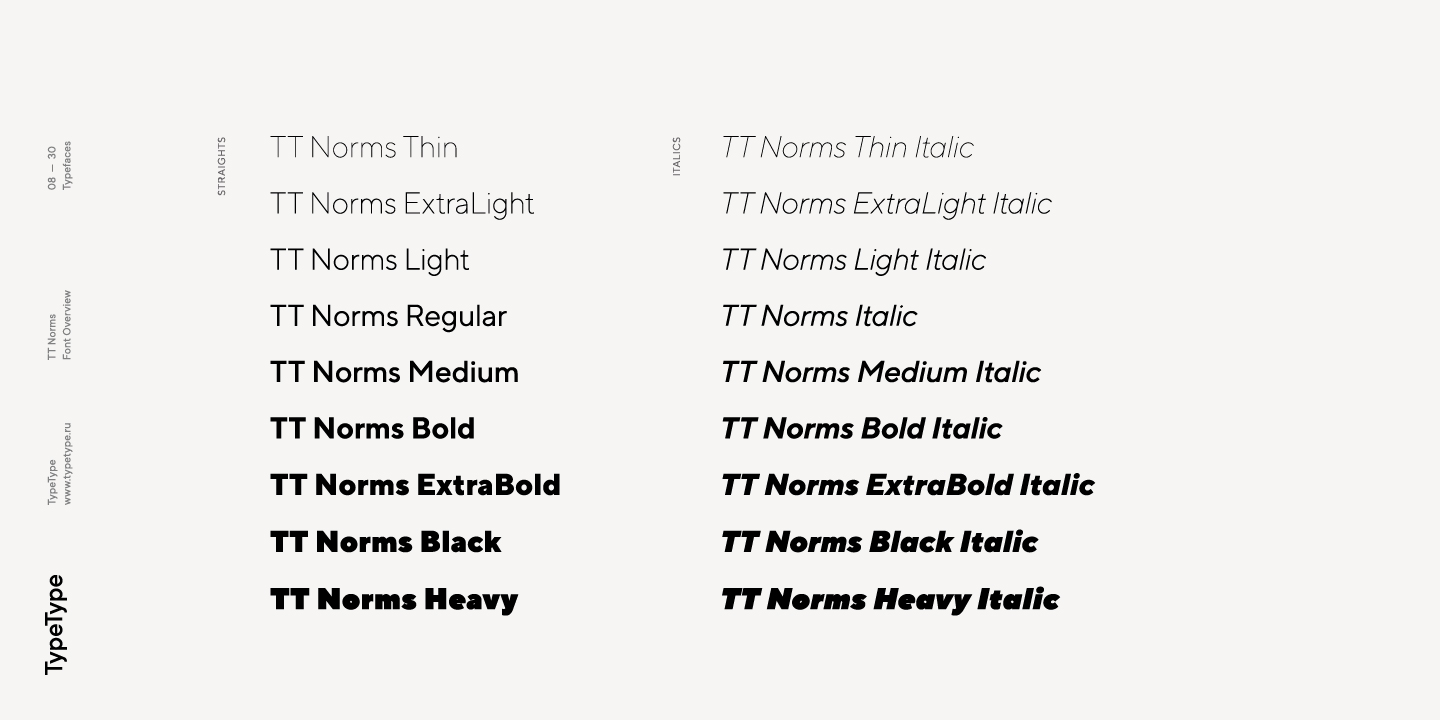 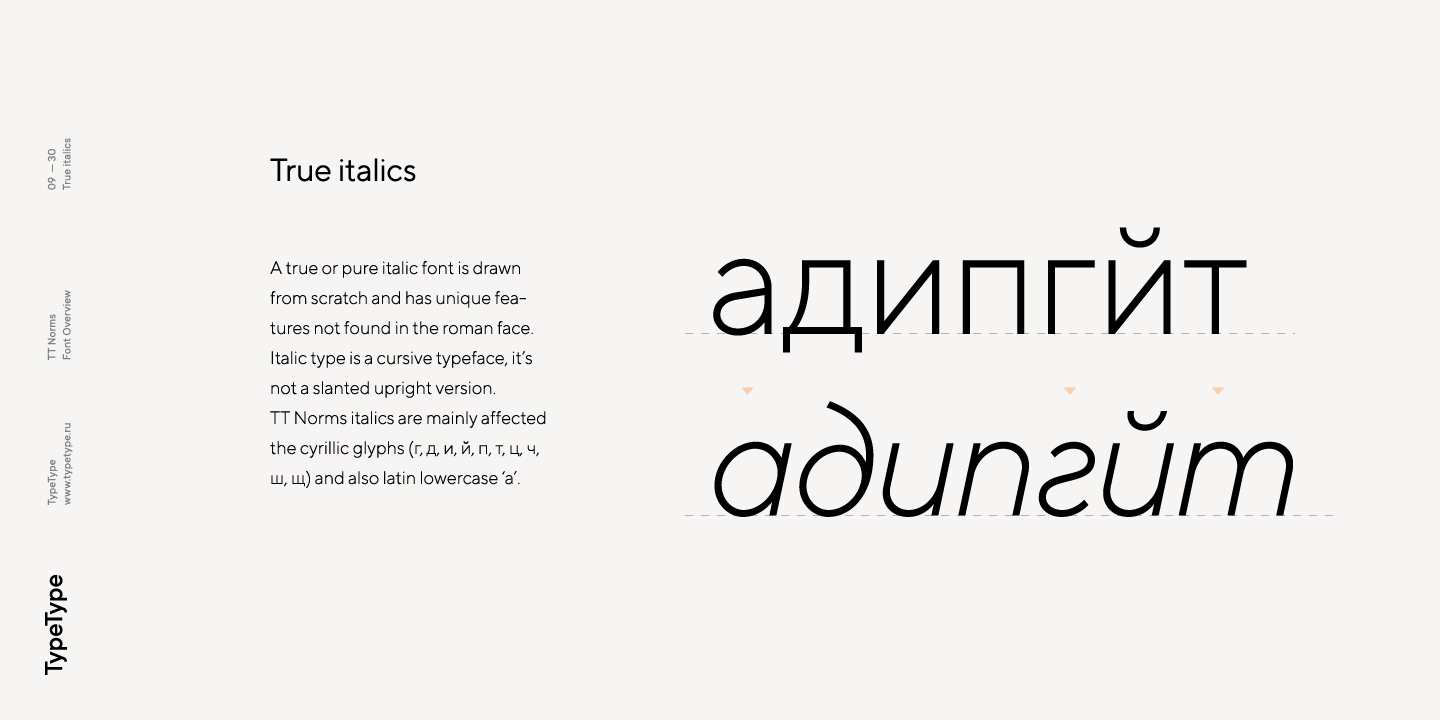 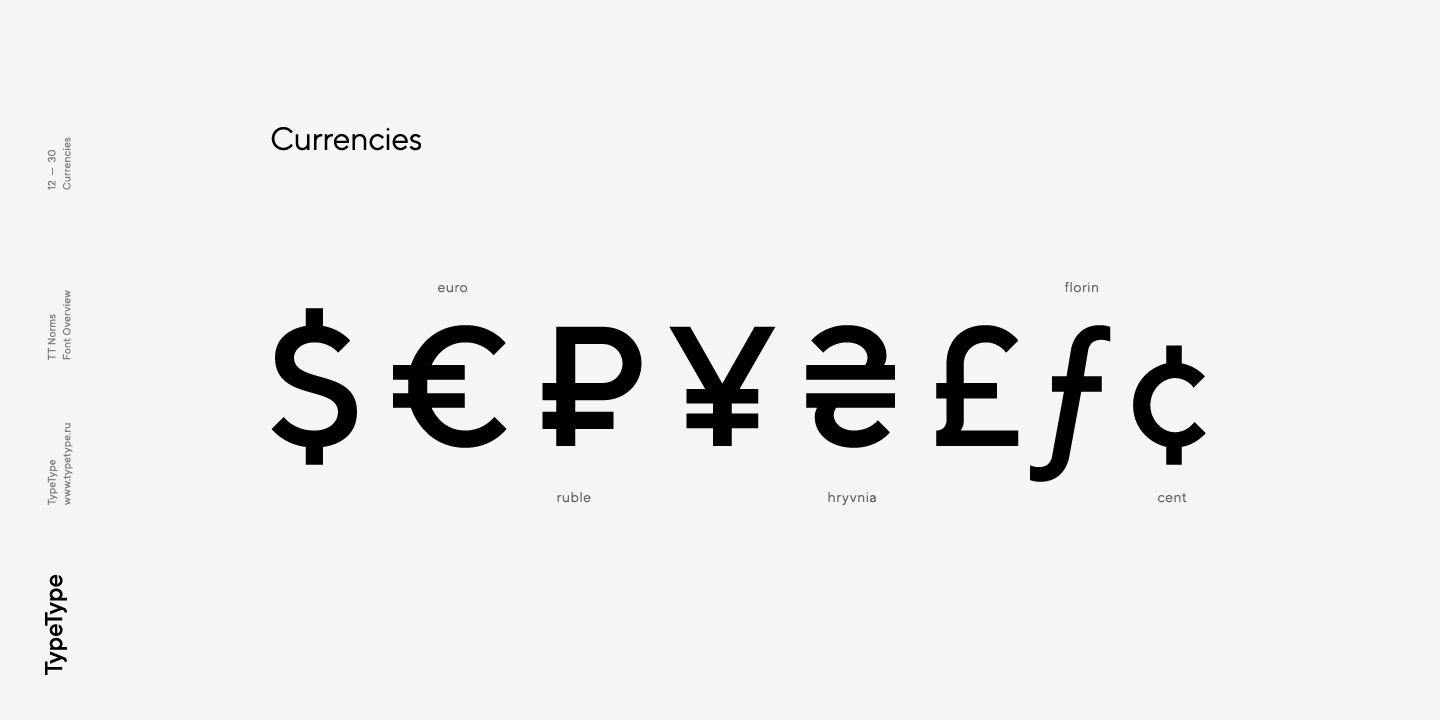 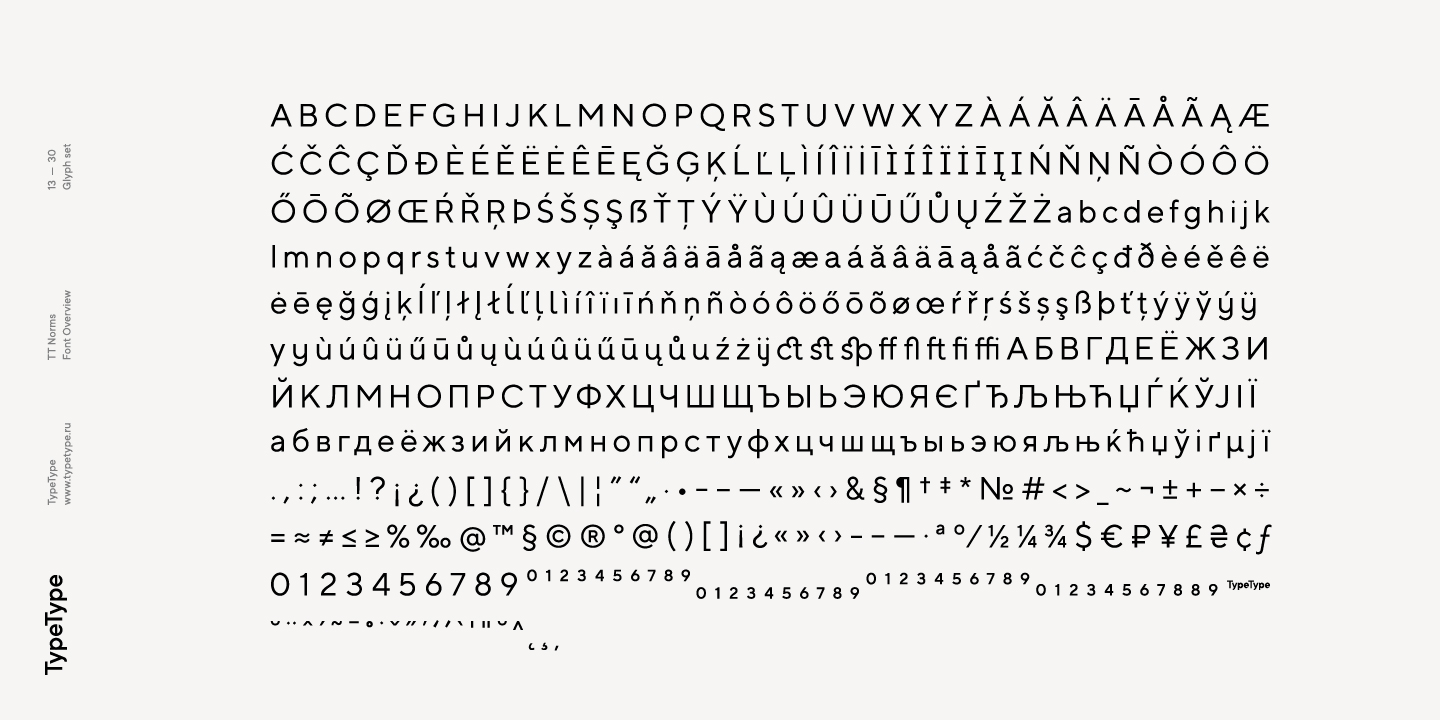 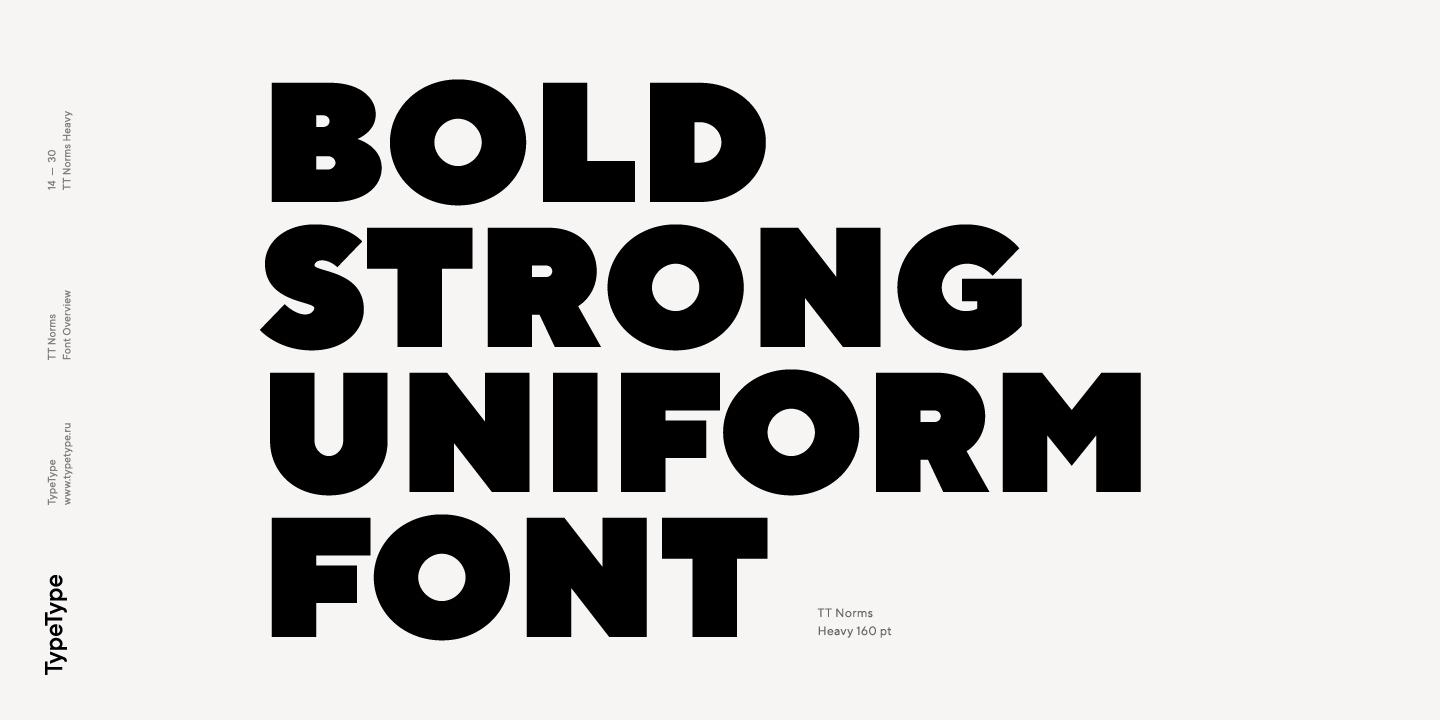 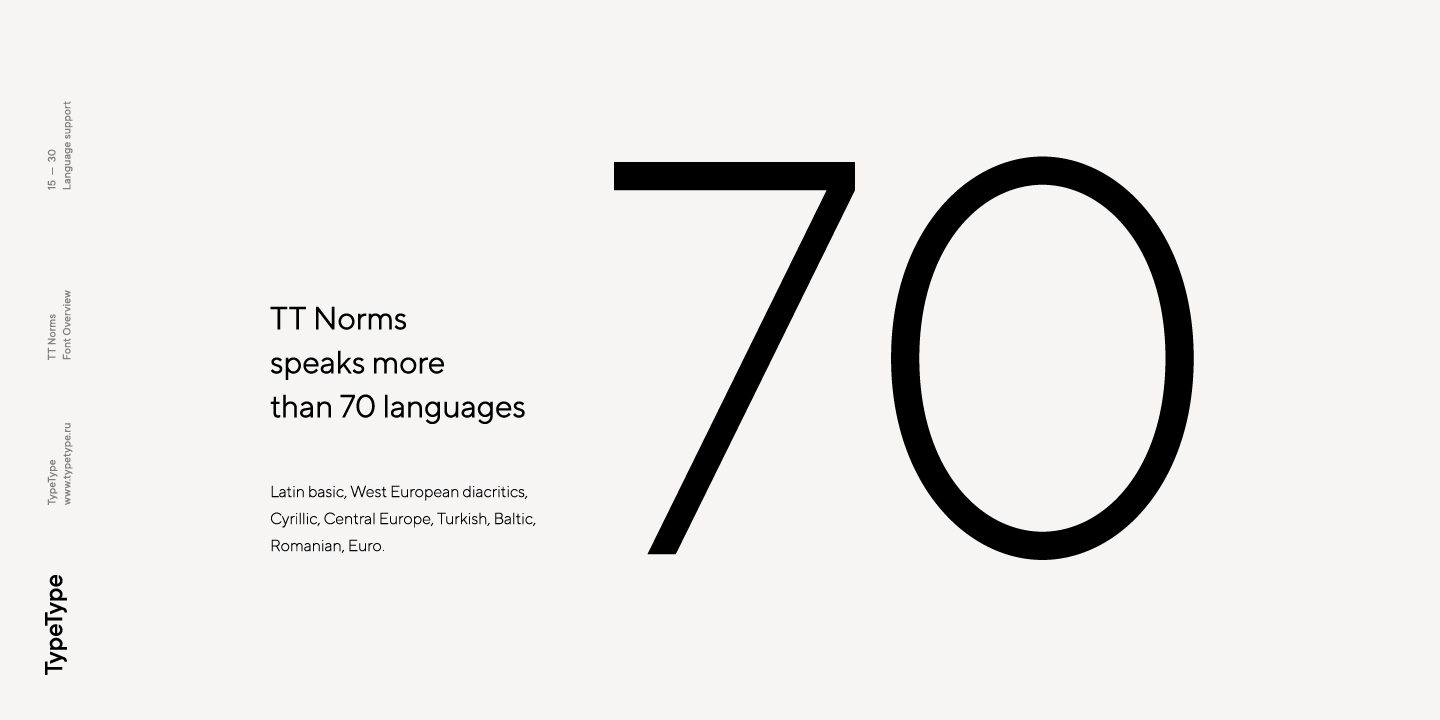 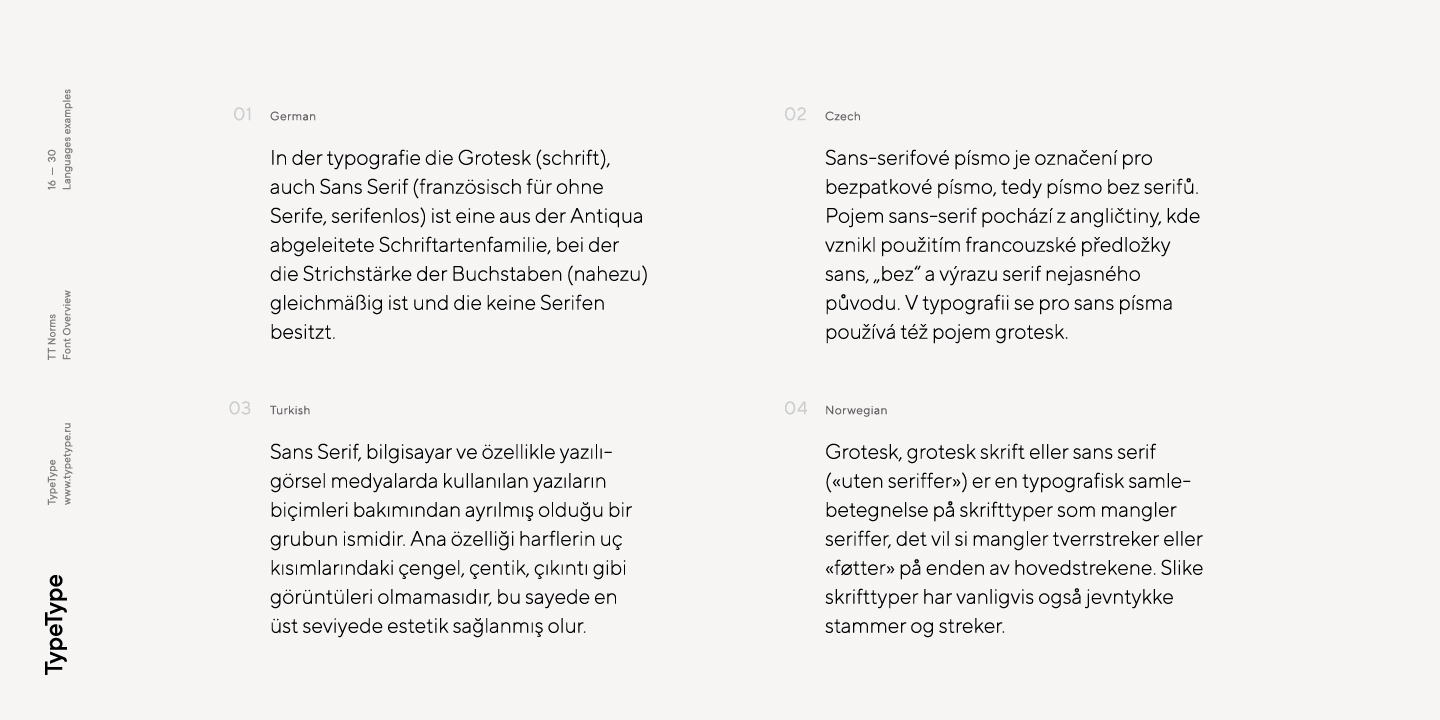 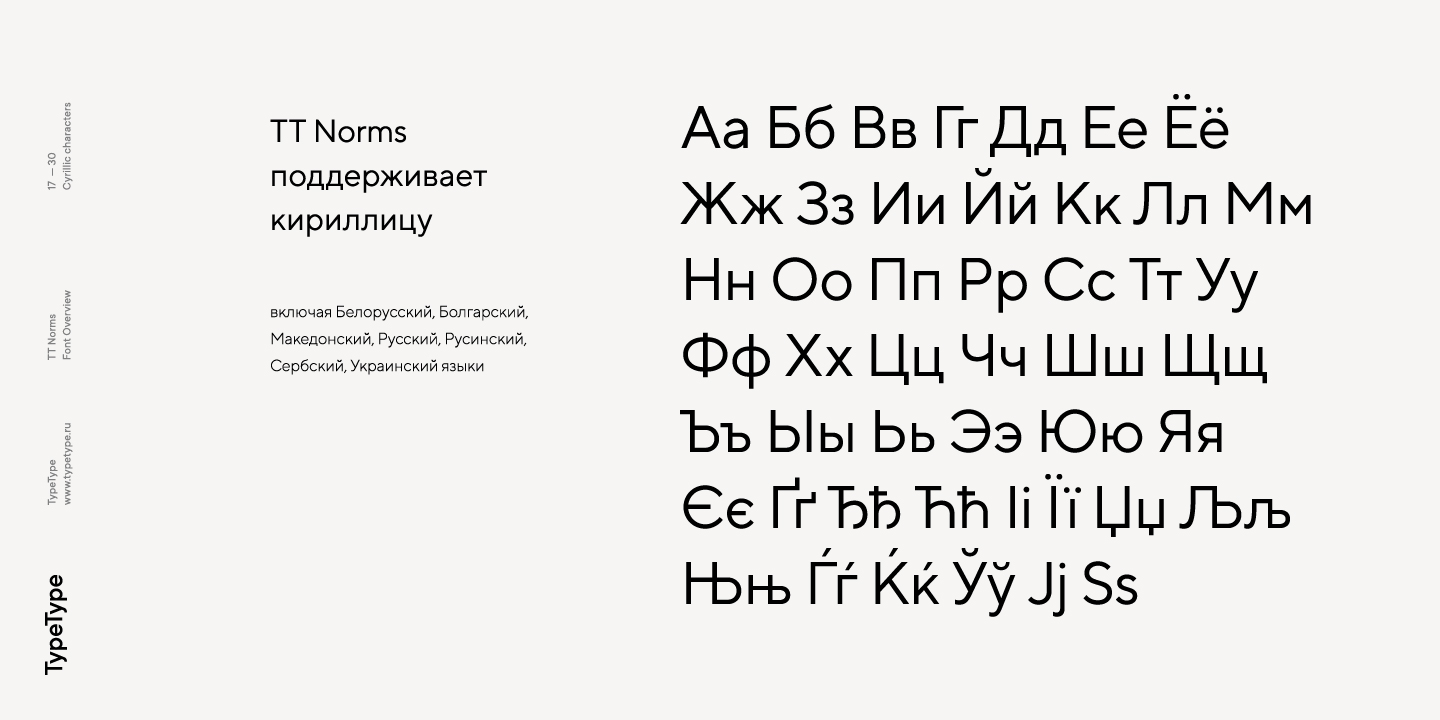 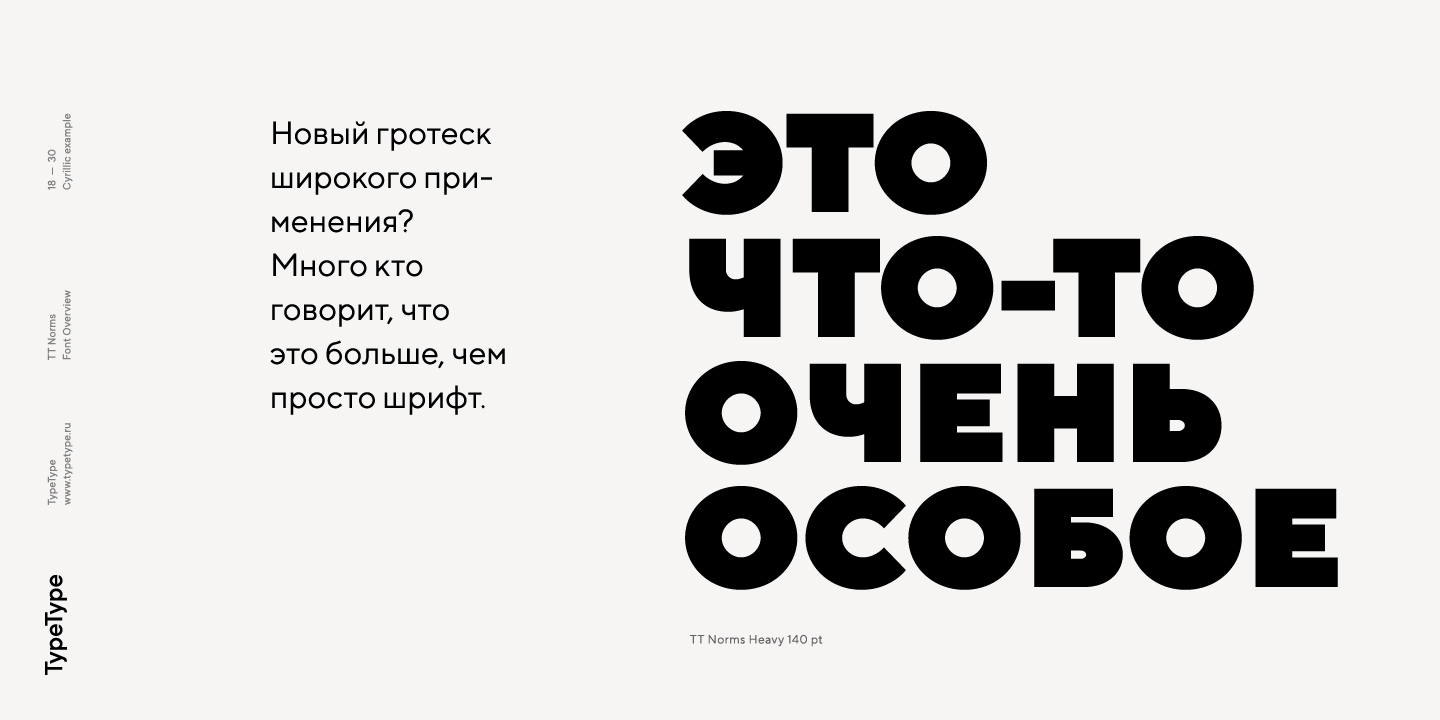 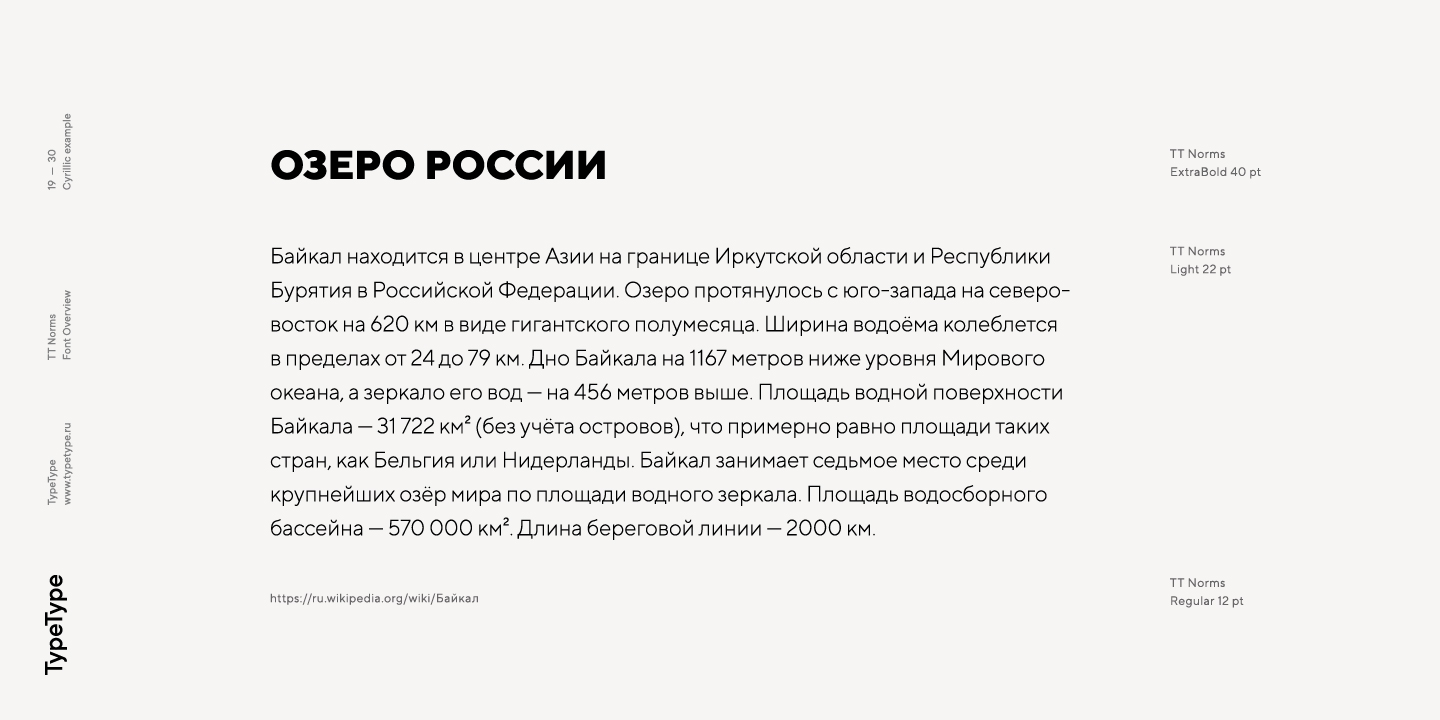 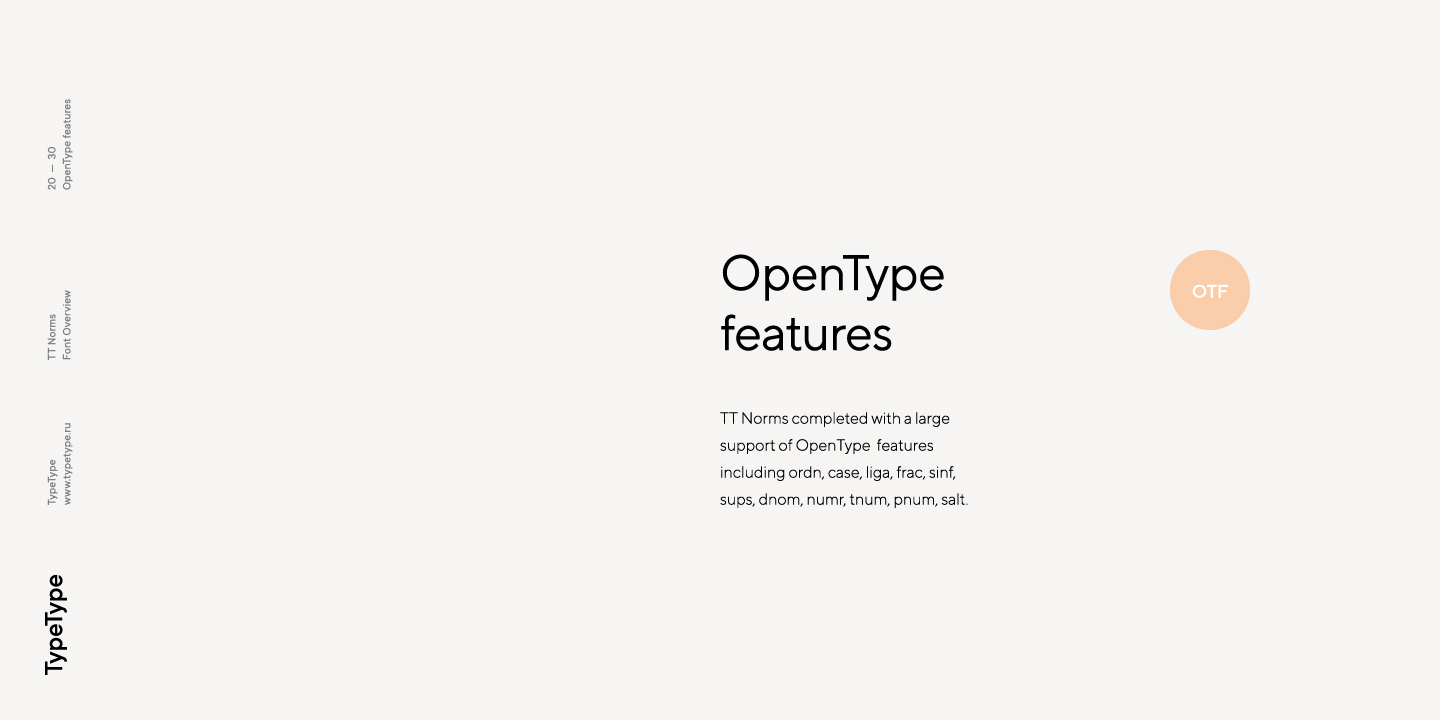 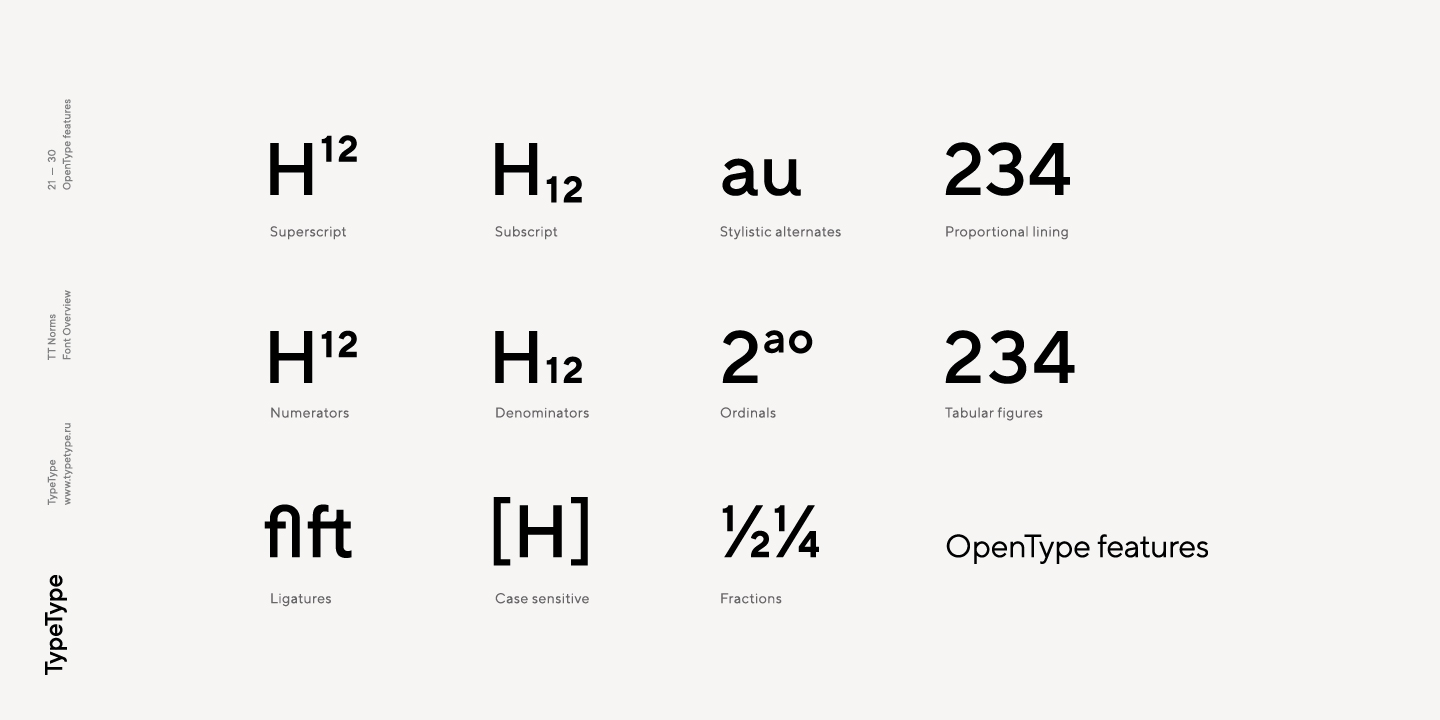 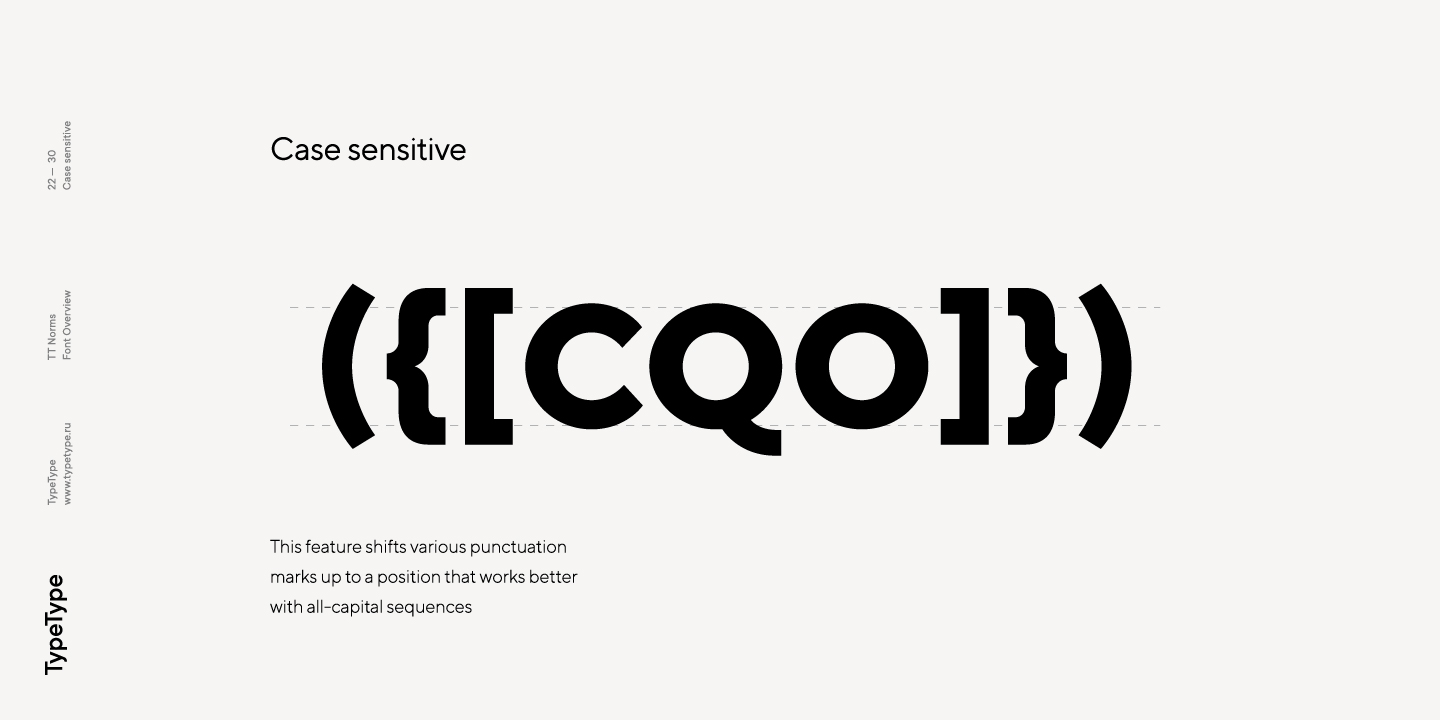 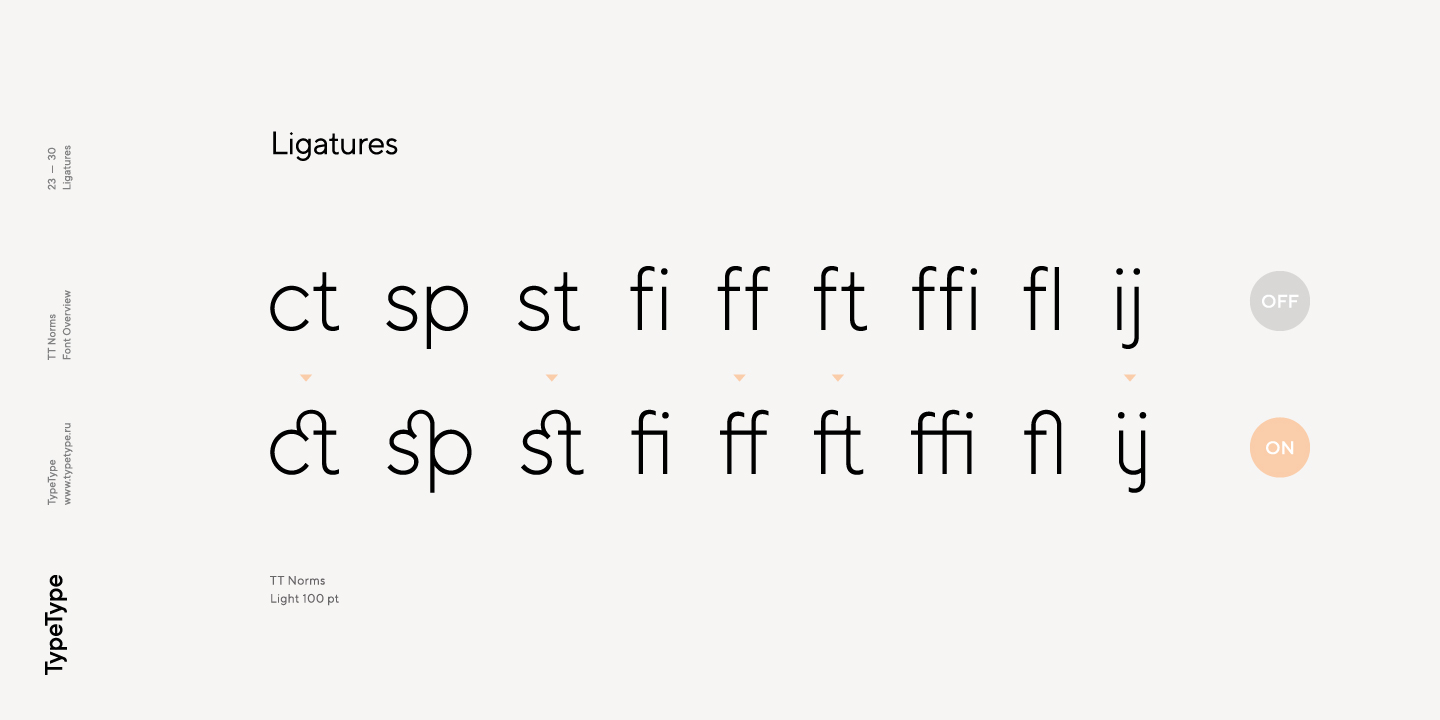 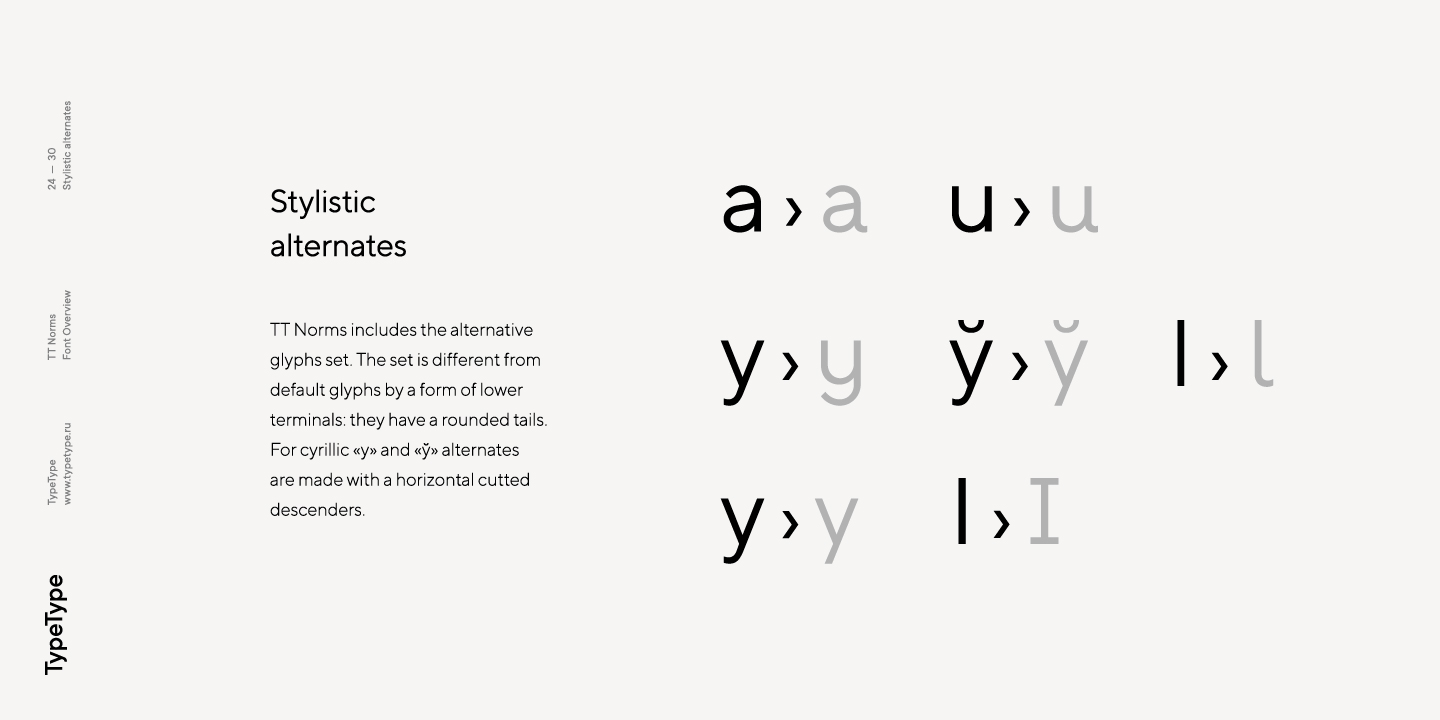 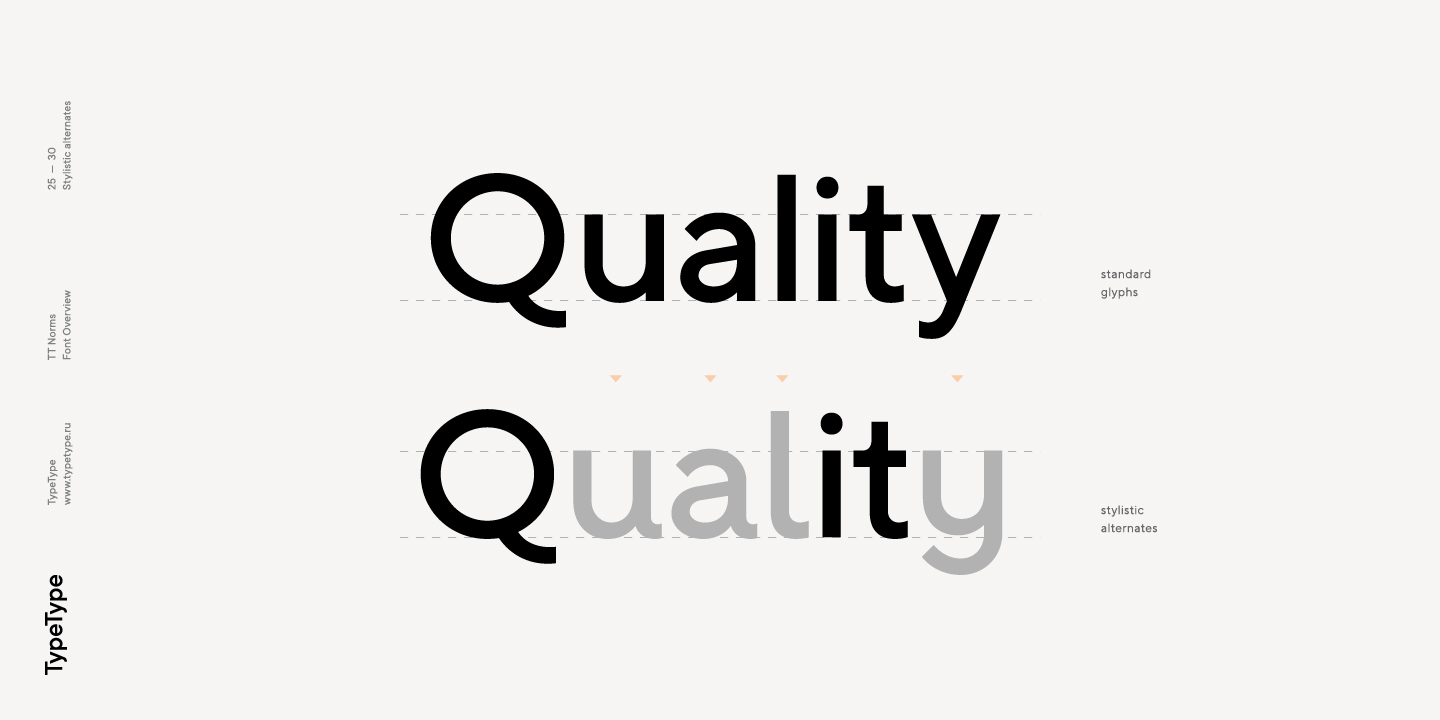 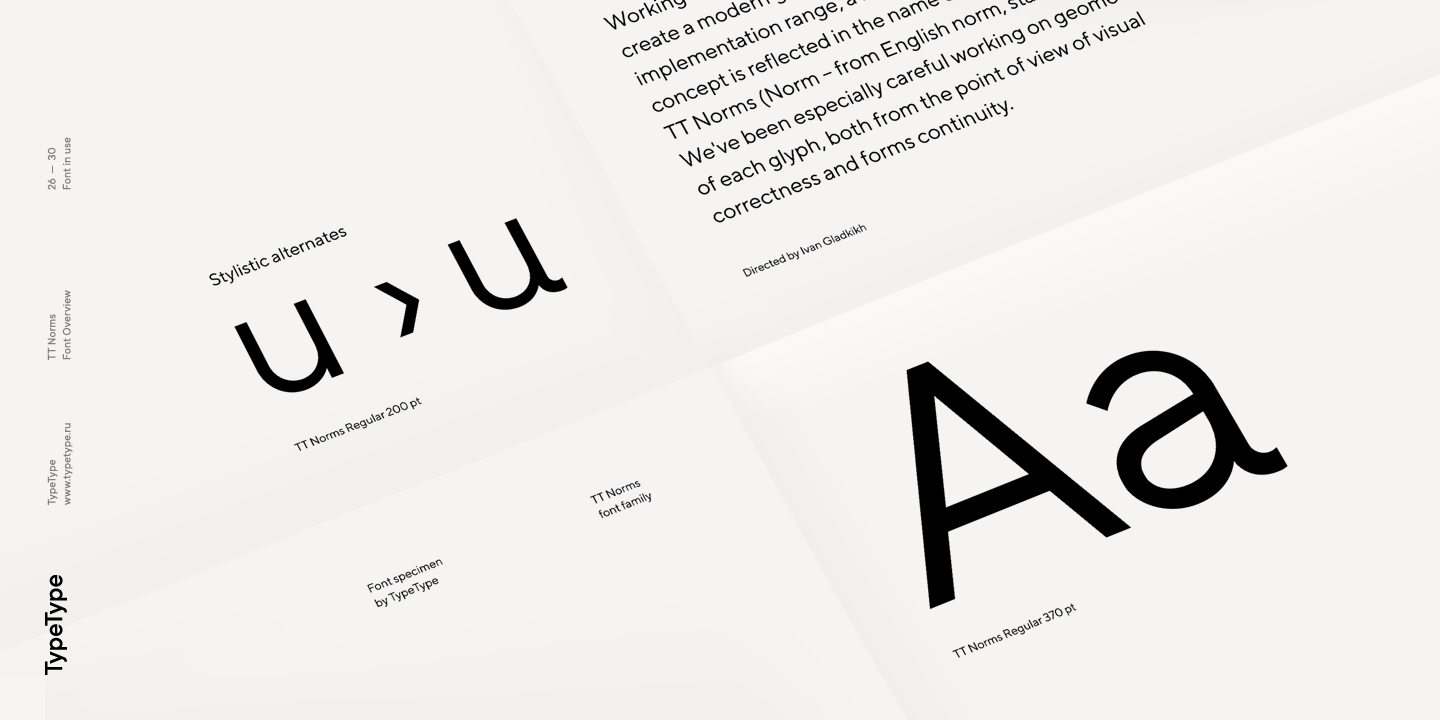 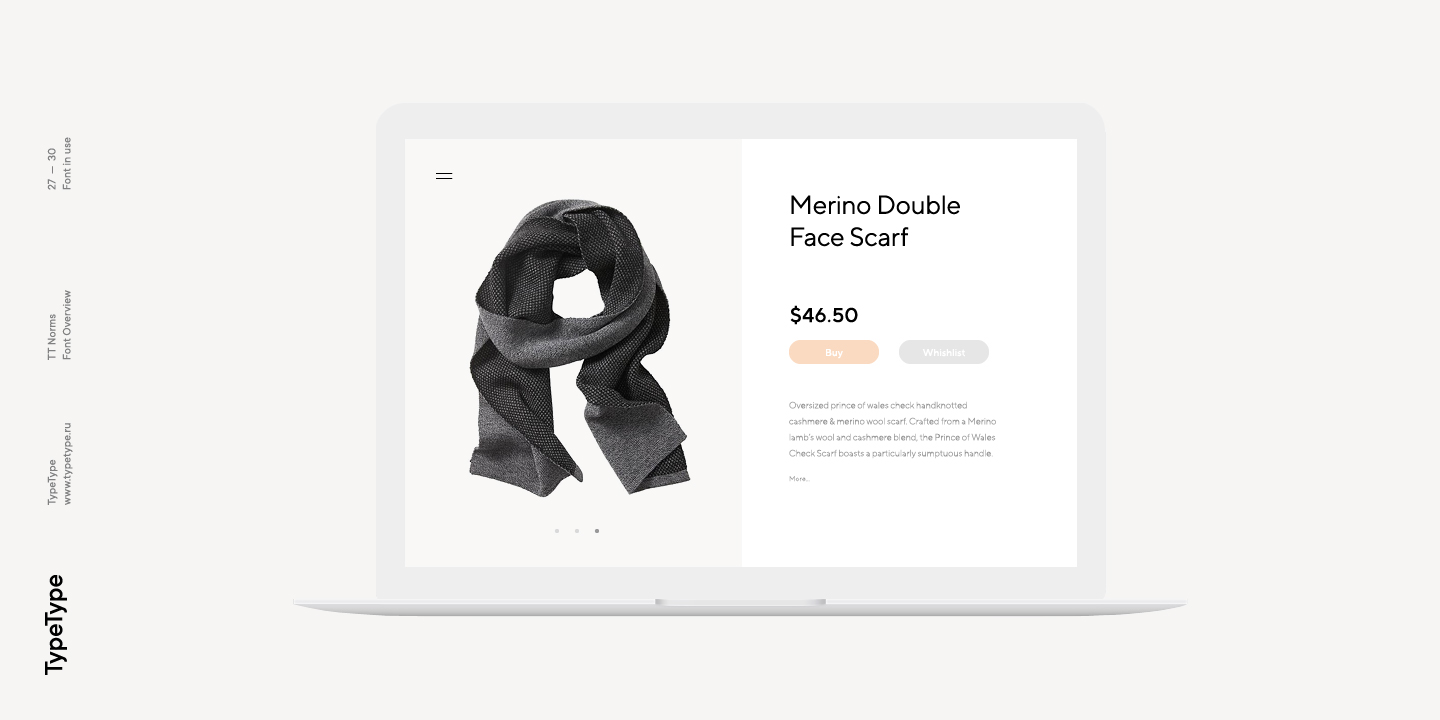 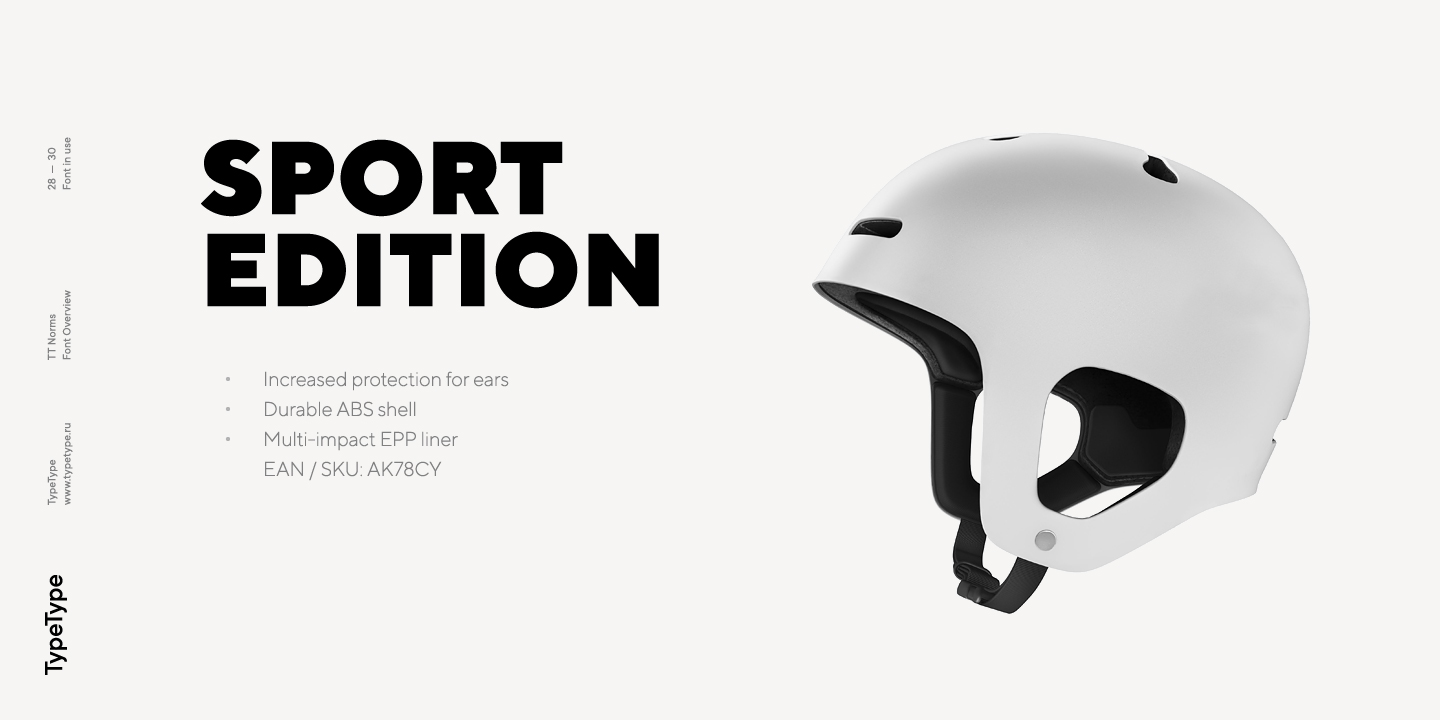 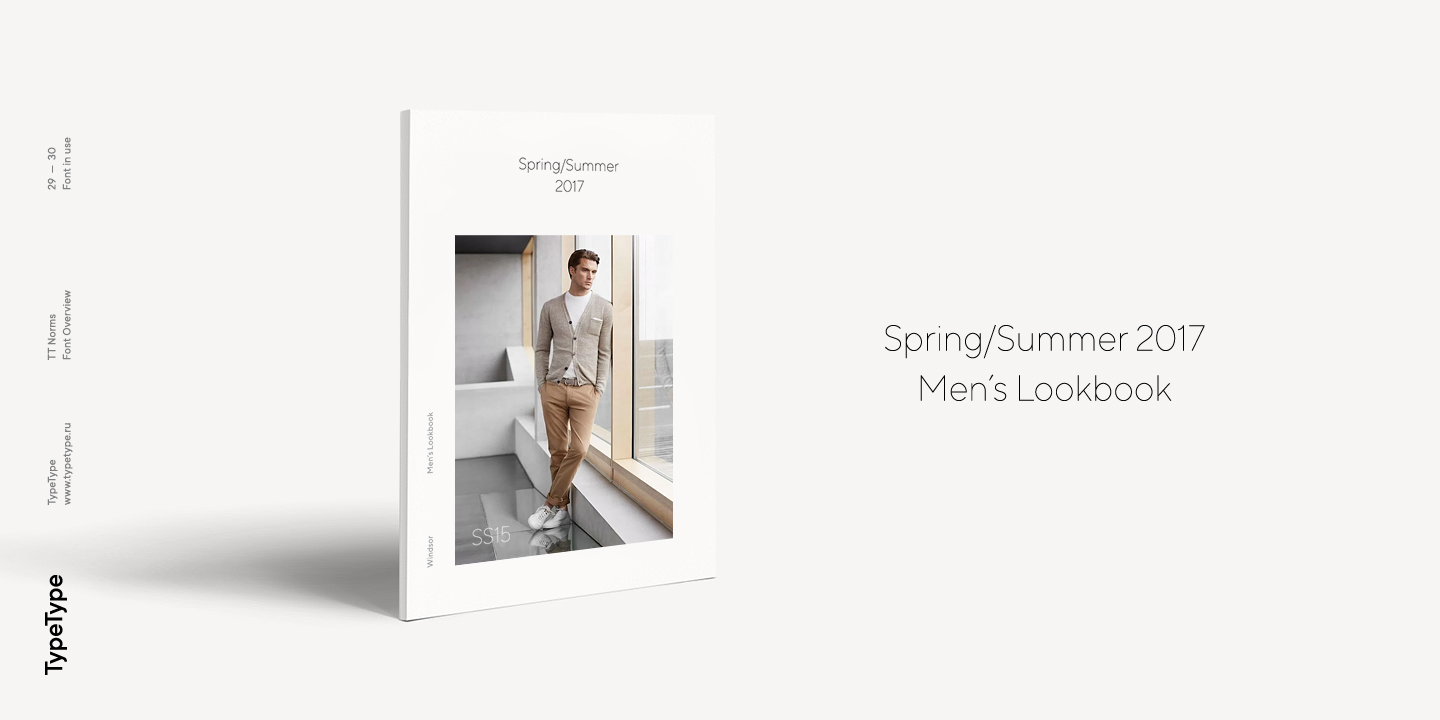 We invite you to take a look at Condensed version!

TT Norms Pro is your favorite TT Norms, but much, much better. TT Norms Pro includes 26 reworked fonts, 1581 glyphs in each font, 24 OpenType features, support for more than 260+ languages (extended Latin, extended Cyrillic, Greek etc.), and much much more.

Because TT Norms is a very popular font family, we have been constantly receiving requests to add something new to it, whether it be support for additional languages, mathematical symbols, or even small capitals. At some point, we’ve just decided to collect all these wishes into one technical task and introduce a grand update, the result of which is TT Norms Pro.

At the start, we’ve looked at all the existing glyphs and corrected their contours, after which we significantly upgraded the character set of the family. Now you can count on 1581 glyphs in each font (except outline styles), instead of 610 glyphs, as it was in the original version. After that, we’ve created new italics, paying particular attention to the compensation of ovals, diagonals and the offset of diacritics when slanted. We completely redid the kerning, and recreated hinting from scratch—especially for TT Norms Pro, we developed a new hinting technique and a technique for its testing.

And now we will talk more about the character set in TT Norms Pro and what influenced its growth. First of all, this is language support—over 100 new languages appeared in TT Norms and the total number of supported languages now exceeds 260. In addition to extended Latin and extended Cyrillic, Greek finally appeared in the typeface. For some languages, for example for Bulgarian, we have prepared localized versions of the forms of some characters. And as a bonus, we drew several historical Cyrillic characters.

In addition, now TT Norms Pro boasts small capitals, a set of mathematical symbols and a large number of currency signs, arrows and numbers in circles, a large set of fractions, stylistic alternates and ligatures. Despite all the work done, TT Norms Pro continues to be a geometric sans serif for a wide range of applications—a trouble-free workhorse. TT Norms works equally well both in large text arrays or in headlines, as well as in web and it is “the one”, the indispensable universal modern geometric sans.

Jovanny Lemonad [TypeType] (b. 1986) whose real name is Ivan Gladkikh and working alias is Jovanny Lemonad. Jovanny lives in St. Petersburg. From 2003 until 2008, he studied audovisual engineering at The Bonch-Bruevich Saint-Petersburg State University of Telecommunications. In the early part of his career, most of his typefaces were free. In 2013, he set up the commercial typefoundry TypeType. Most of his typefaces cover both Latin and Cyrillic.

Pavel Emelyanov (b. 1982, Kandalaksha, Russia) is a graphic designer, art director and web designer based in Murmansk. He is part of Ivan Gladkikh’s typeType team.

Be the first to review “TT Norms Pro” Cancel reply 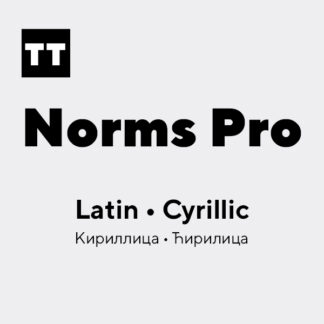