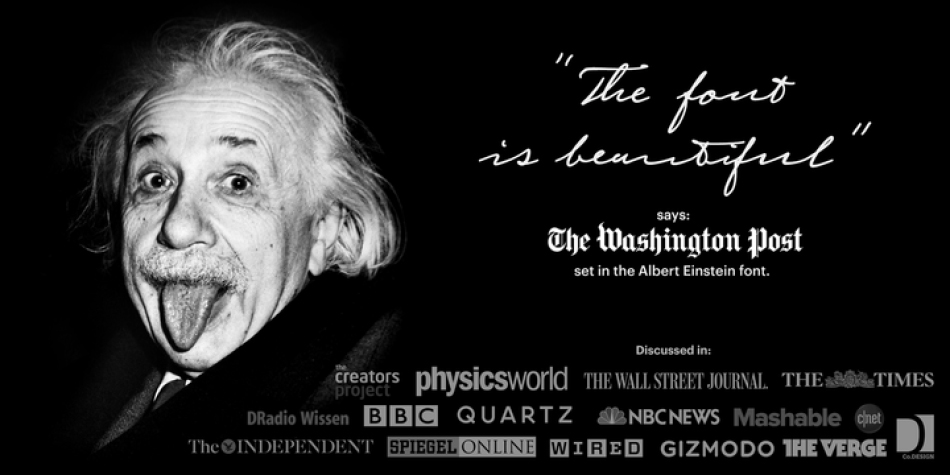 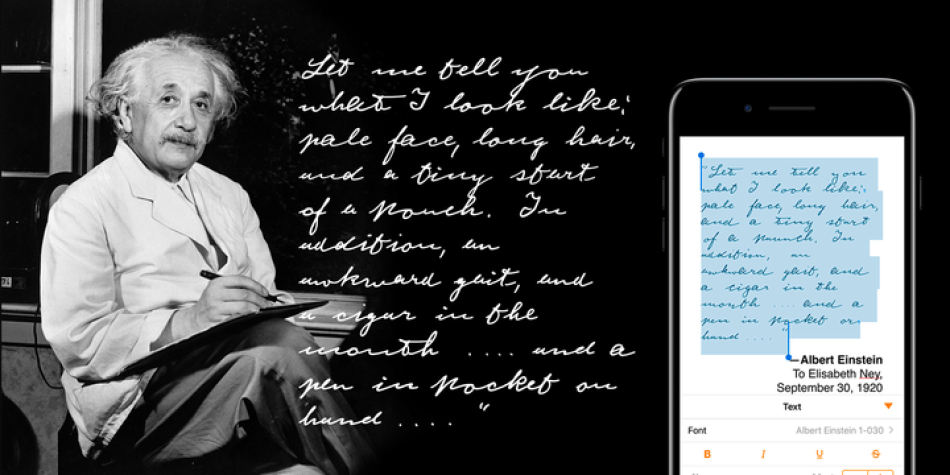 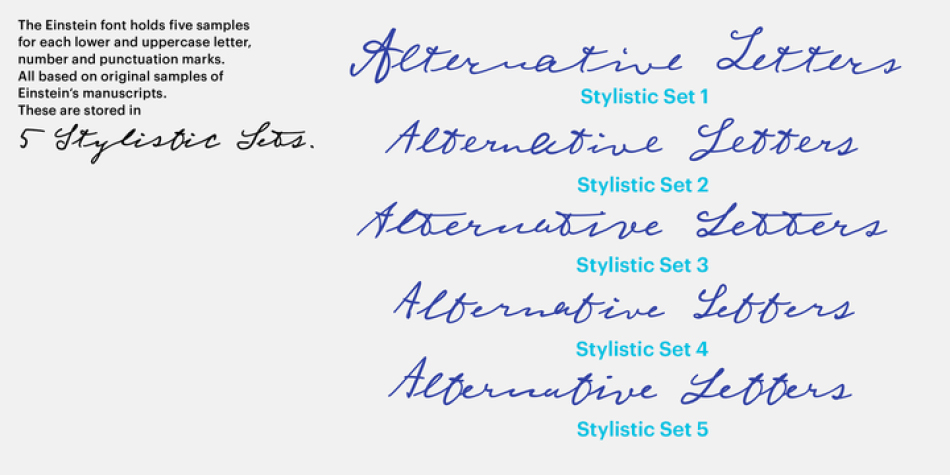 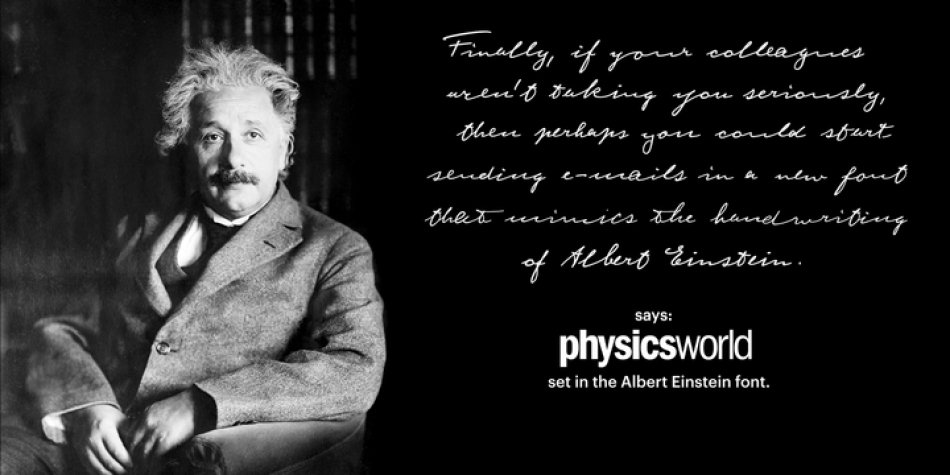 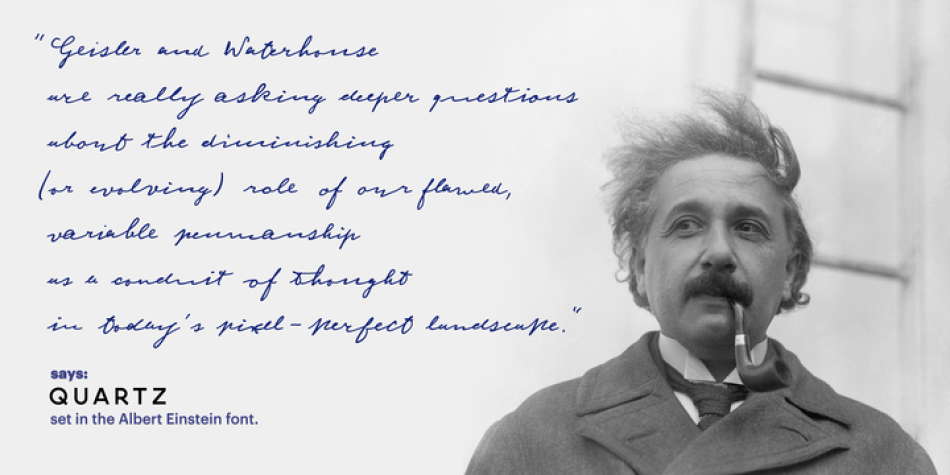 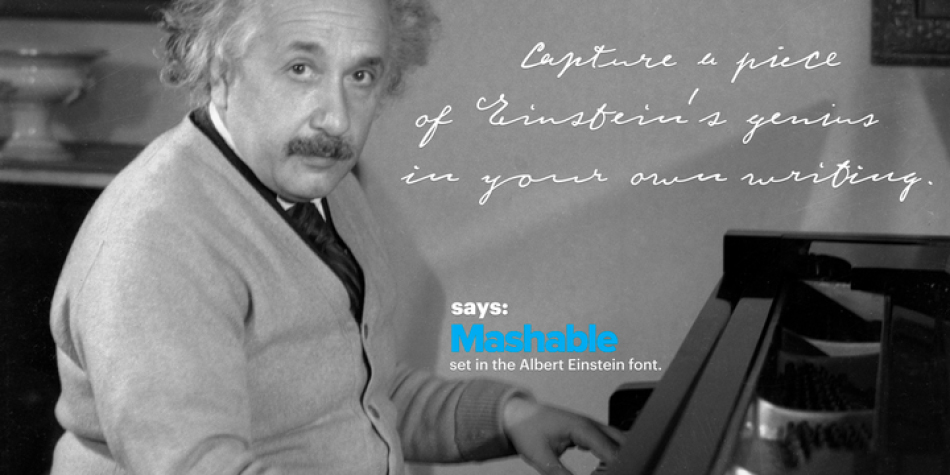 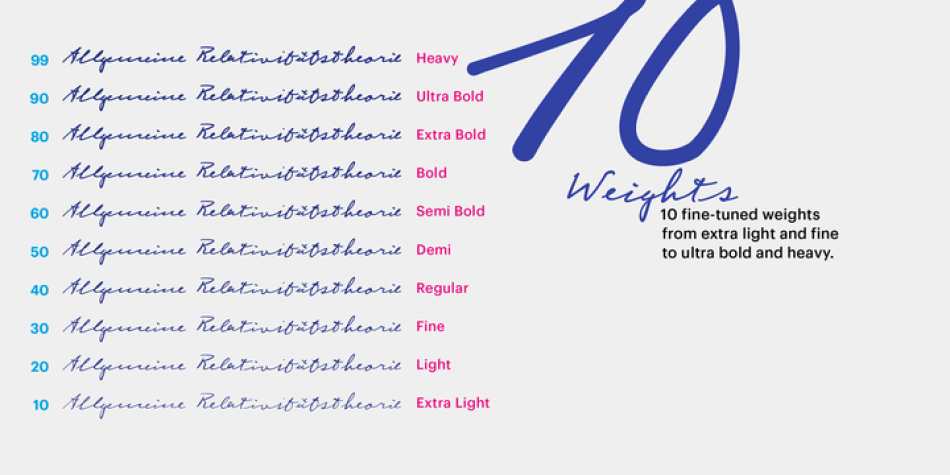 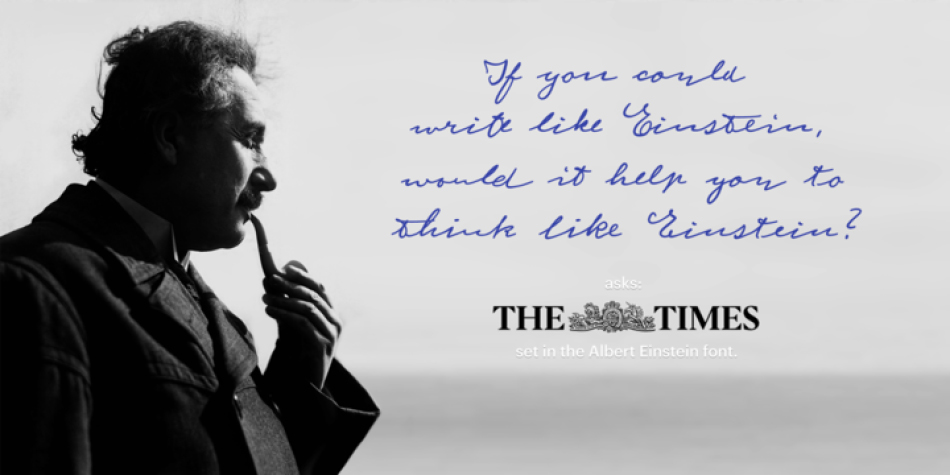 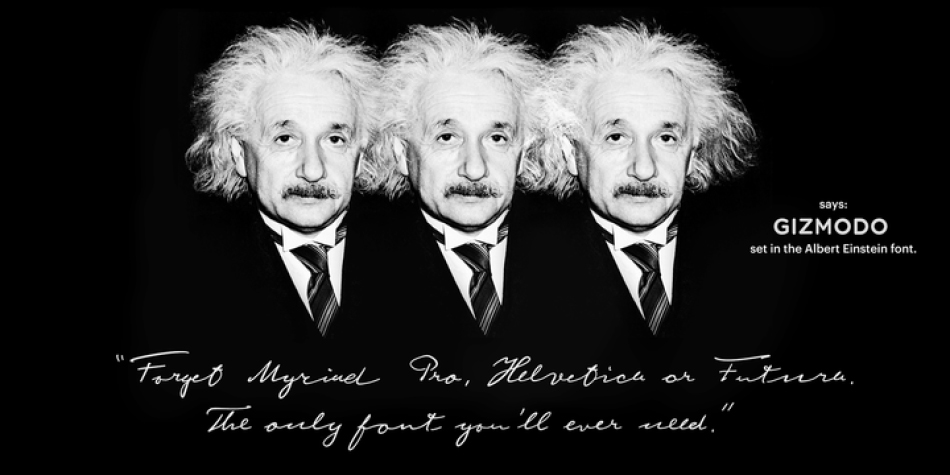 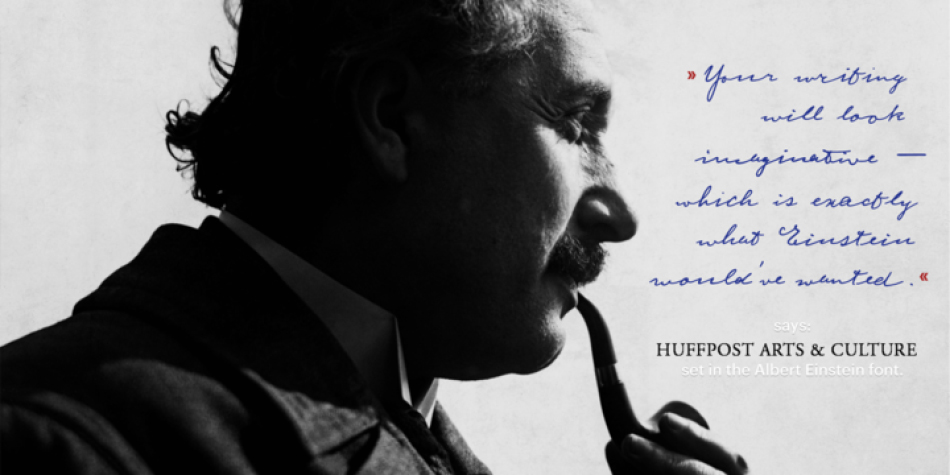 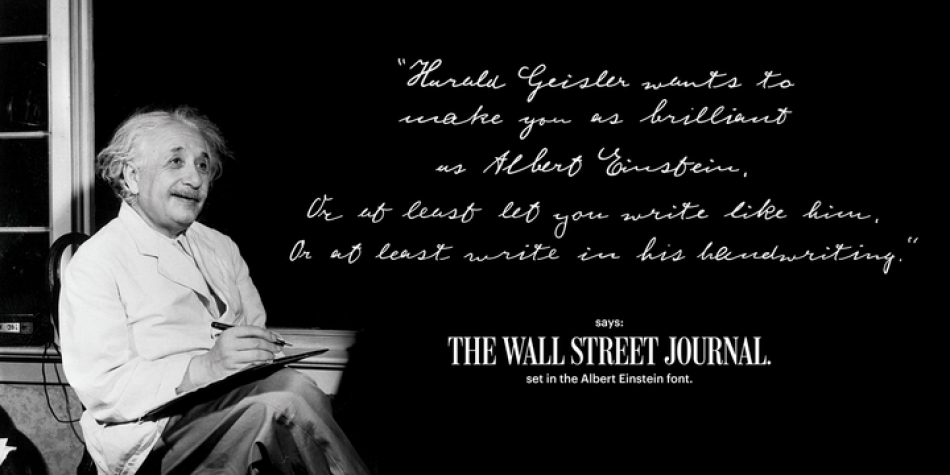 “Harald Geisler wants to make you as brilliant as Albert Einstein. Or at least let you write like him. Or at least write in his handwriting.”

In an joined effort, creators Harald Geisler and Elizabeth Waterhouse, spend over 7 years on finalising the project. It was made possible with the help of the Albert Einstein Archive, the Albert Einstein Estate, and funding by a successful Kickstarter Campaign of 2, 334 backers.

The outcome was worth the effort: a font unprecedented in aesthetic technique and a benchmark for handwriting fonts.

To create a result that is true to the original, Harald Geisler developed a method to analyse the movement of the famous writer. Letter by letter, every glyph was digitally re-written to create a seamlessly working font.

It is the only font that holds 5 variations for each lowercase and uppercase-letter, number, and punctuation sign. Each based on meticulous detail to the original samples of Albert Einstein’s handwriting. The OpenType contextual alternates feature dynamically arranges the letters automatically as you type to ensure that no repeated letter forms are placed next to each other.

Stylistic variants can also be accessed through stylistic sets. The font has 10 fine-tuned weights ranging from extra-light to fine and extra bold to heavy. The result is a vivid handwritten text true to the original.

A PDF documentation, showing step by step how the font was made and comparing numerous original samples, is included with the font and can be downloaded here.

The work has been recognised internationally, by press, Einstein fans, and designers. Some quotes used in images:

“Finally, if your colleagues aren’t taking you seriously, then perhaps you could start sending e-mails in a new font that mimics the handwriting of Albert Einstein.” — Physics World

“Geisler and Waterhouse are really asking deeper questions about the diminishing (or evolving) role of our flawed, variable penmanship as a conduit of thought in today’s pixel-perfect landscape.” — QUARTZ

“Your writing will look imaginative — which is exactly what Einstein would’ve wanted.” — Huffington Post Arts & Culture

“Forget Myriad Pro, Helvetica or Futura. The only font you’ll ever need” — Gizmodo

“Capture a piece of Einstein’s genius in your own writing.” — Mashable

Be the first to review “Albert Einstein” Cancel reply 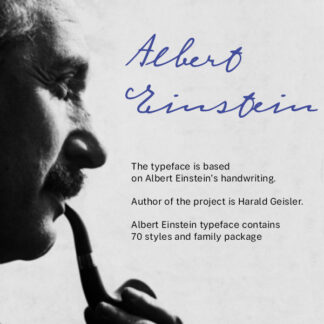