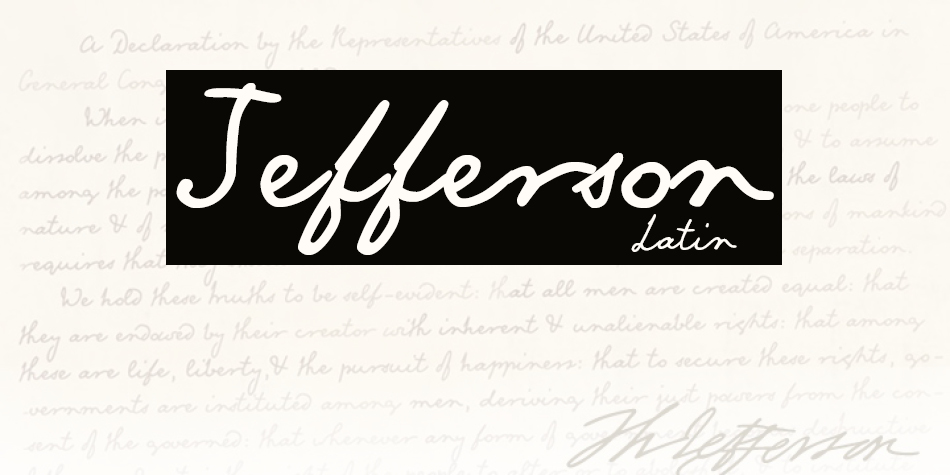 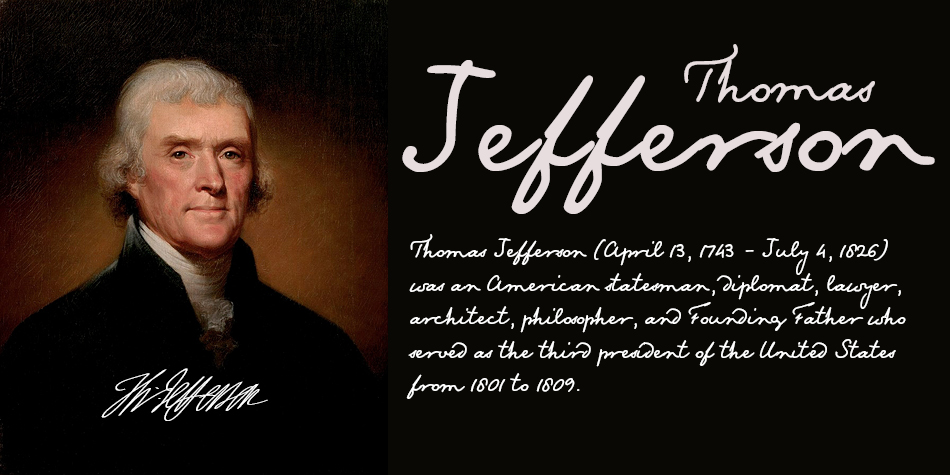 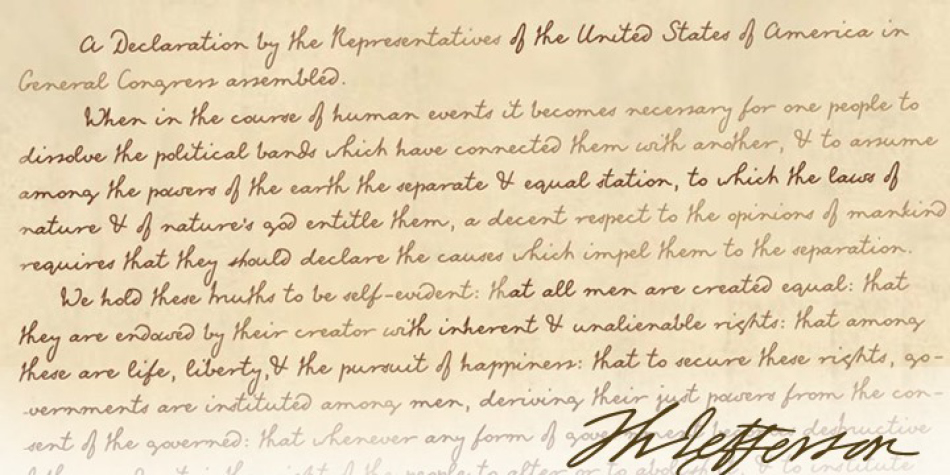 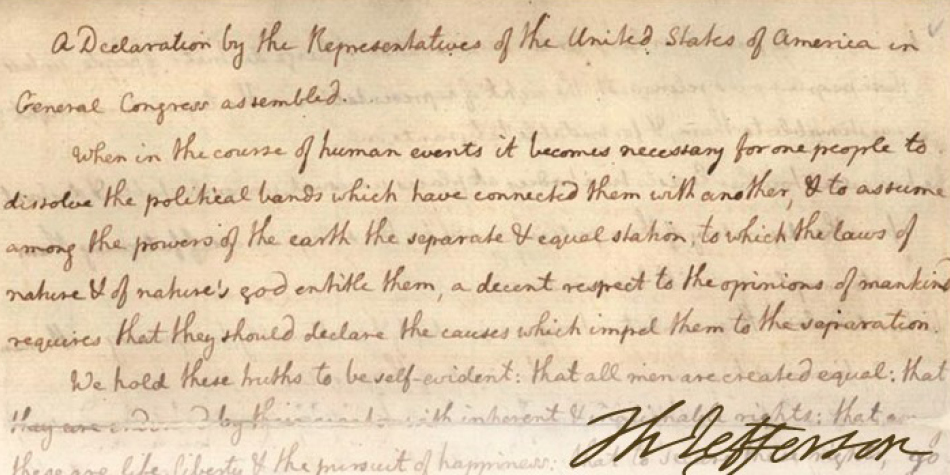 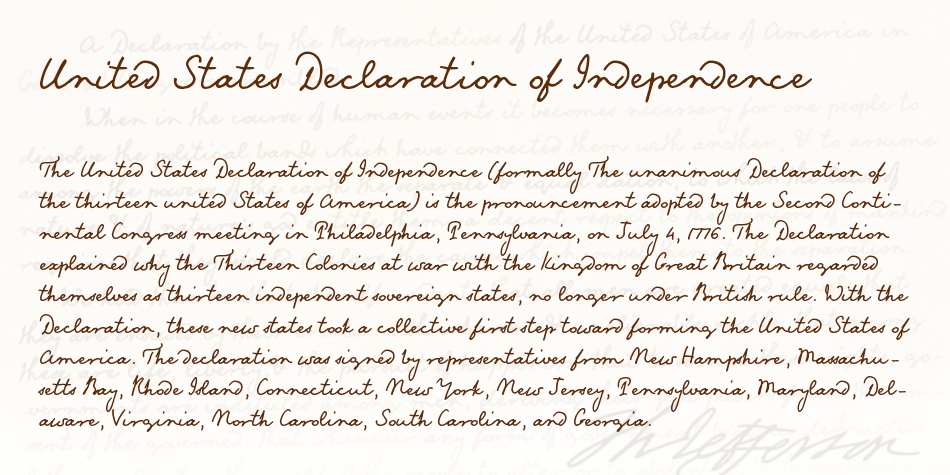 Description
The script font “Jefferson” is based on real handwriting of Thomas Jefferson. Luckily there is a draft of original text of the Declaration of Independence written by Jefferson available. It was used as a primary source for this font. The Jefferson font was developed by Gennady Fridman for ParaType in 2005. It is in OpenType format with a contextual substitution of letterforms and specific ligatures.

Be the first to review “Jefferson” Cancel reply 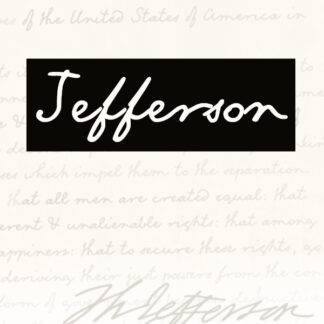