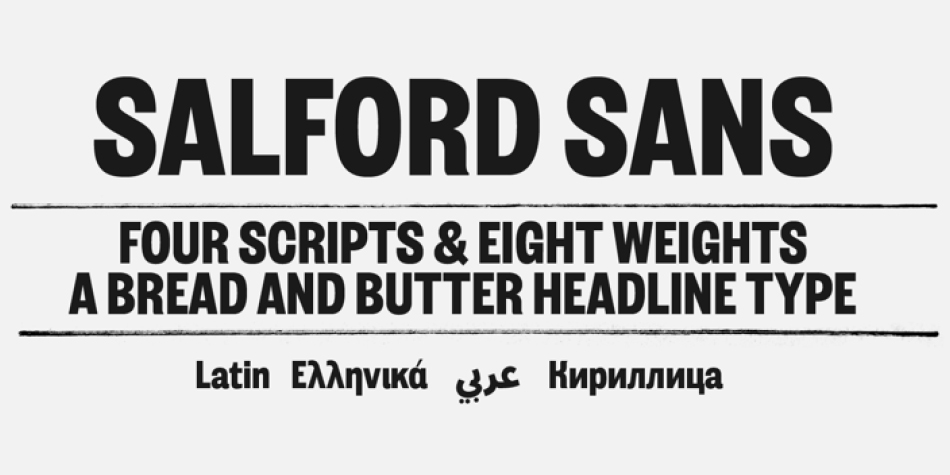 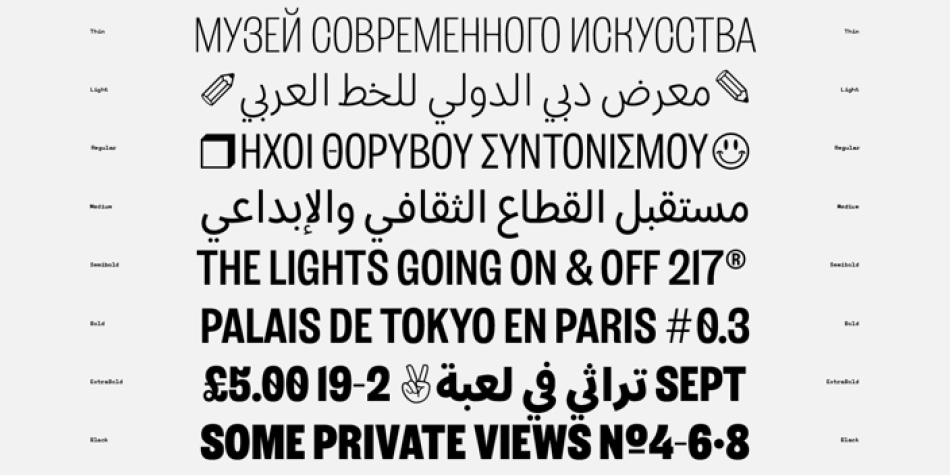 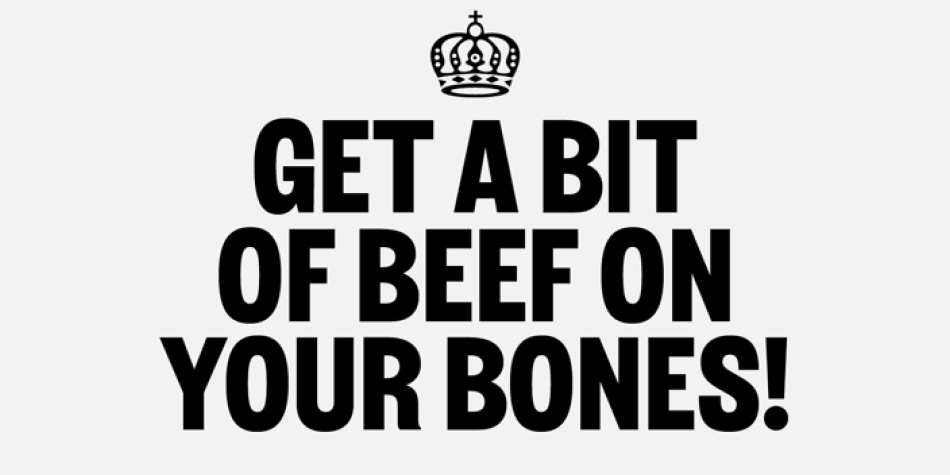 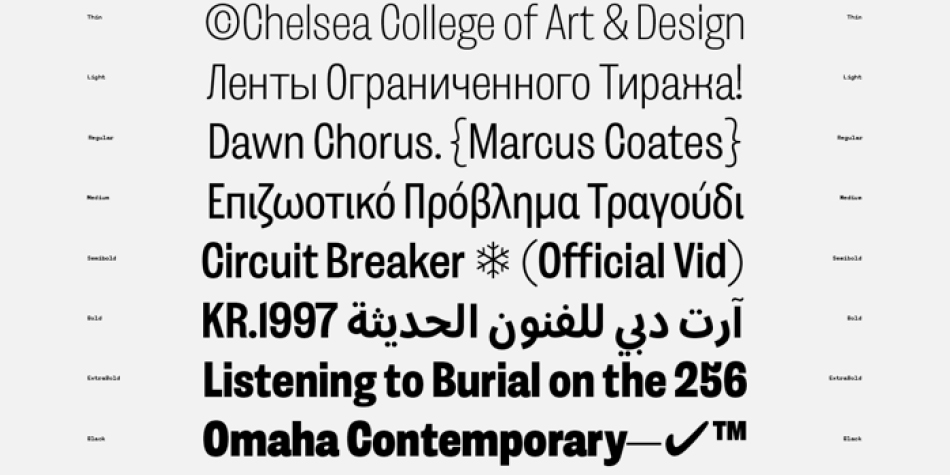 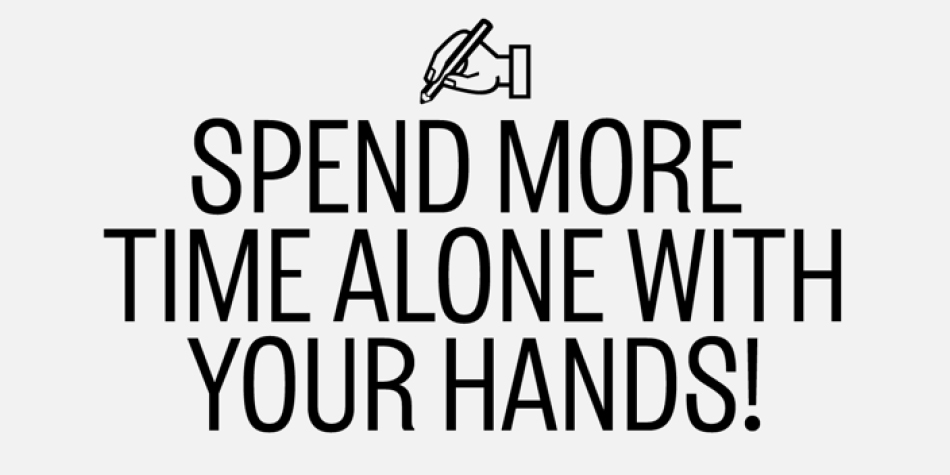 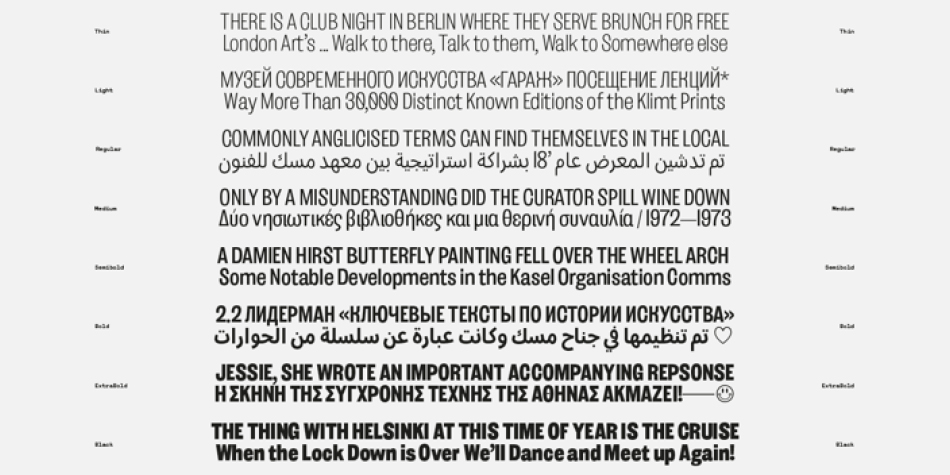 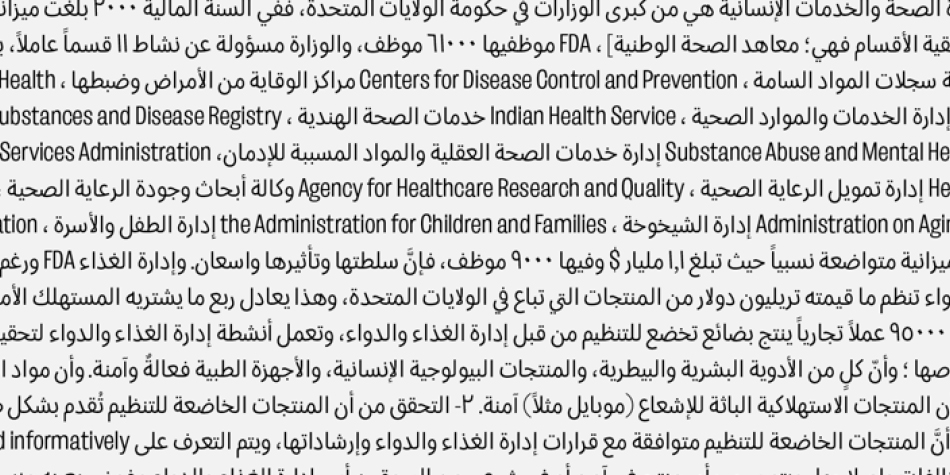 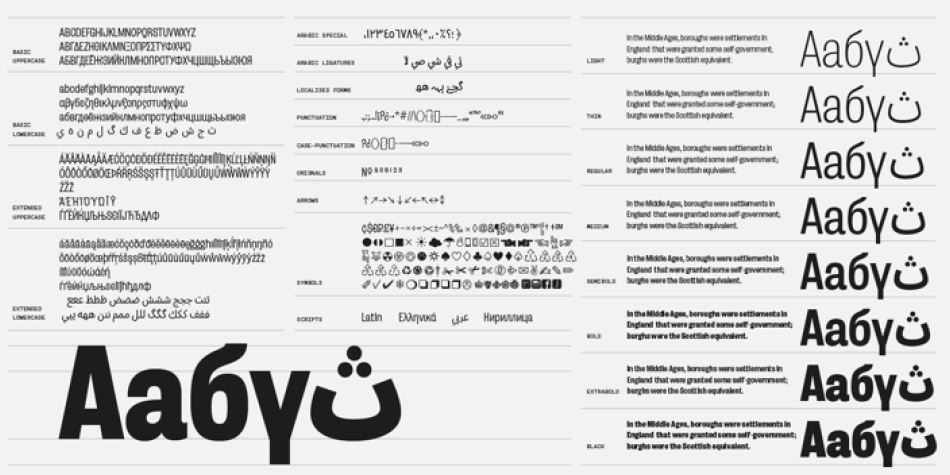 SALFORD SANS has eight weights, covers four scripts – extended Latin, monotonic Greek, Arabic & Cyrillic – and is made for the kind of headlines, editorial and display work which need to be serious, international and communicative but retain a touch of stylish hand-made personality.

Packed with symbols, tidy features, special Arabic characters, proper Arabic numbers and a range of local styles Salford Sans is based on the traditional British style condensed sans serif. It’s a robust, functional and elegant condensed sans – an update on a classic idea that works well the world over!

British graphic designer and sign painter who was at some point in Tallinn, Estonia. Graduate of the MATD program at the University of Reading, class of 2019.

Be the first to review “Salford Sans” Cancel reply 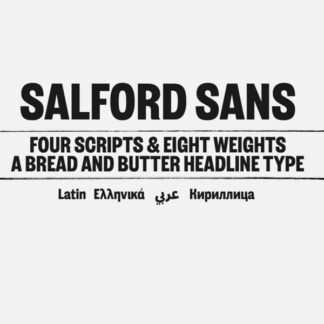