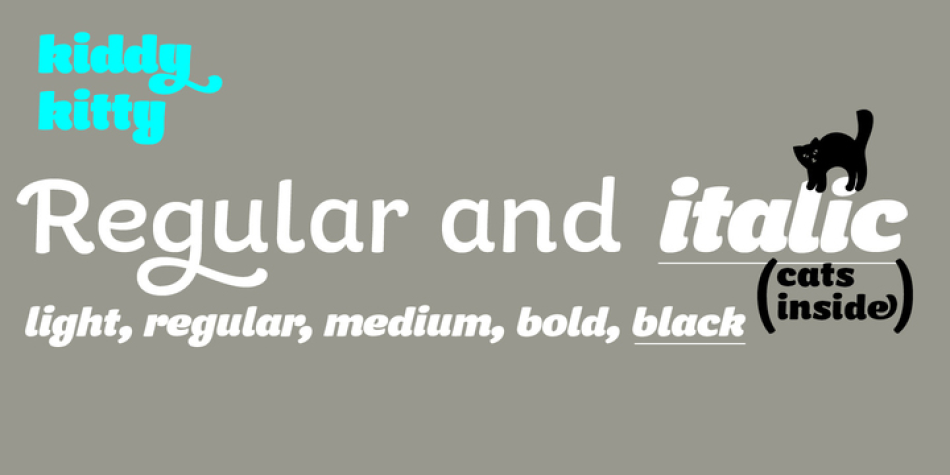 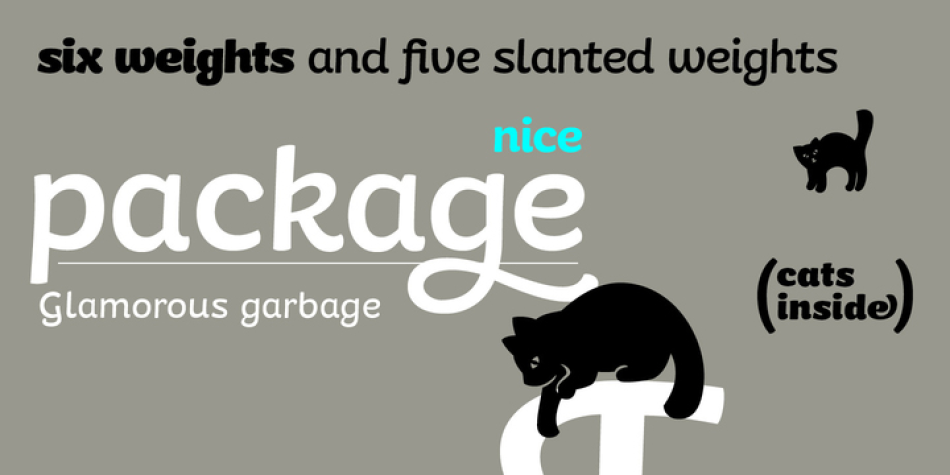 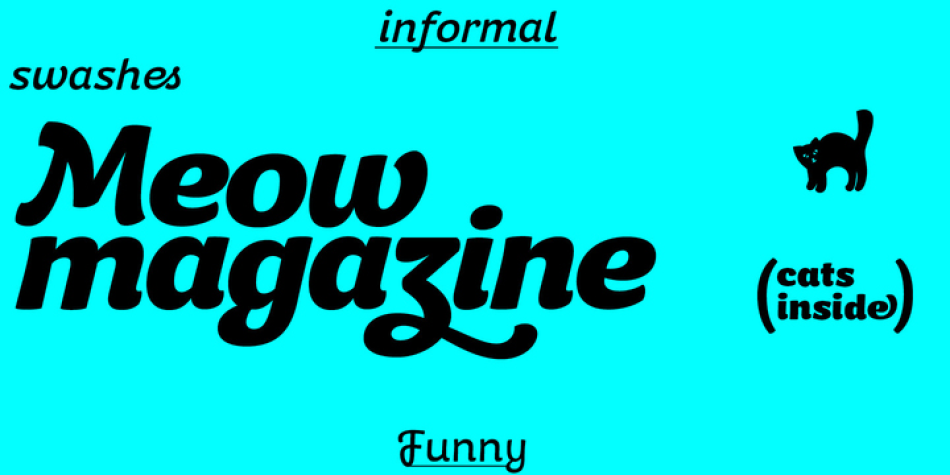 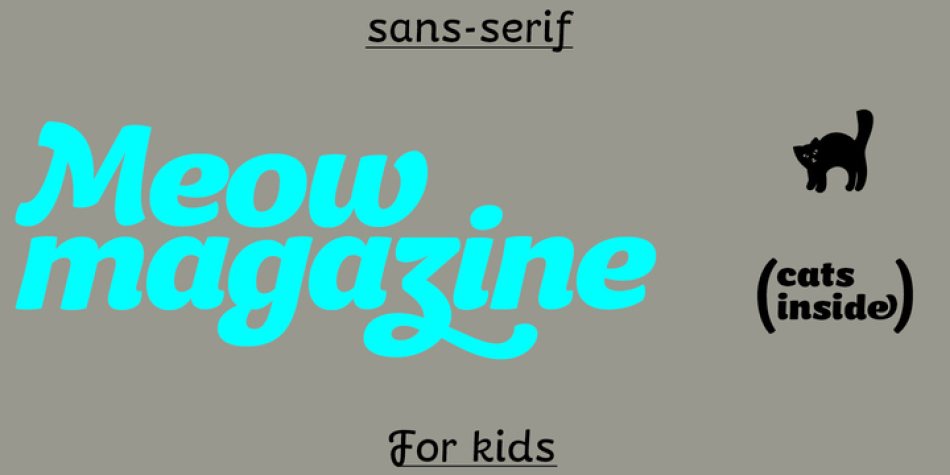 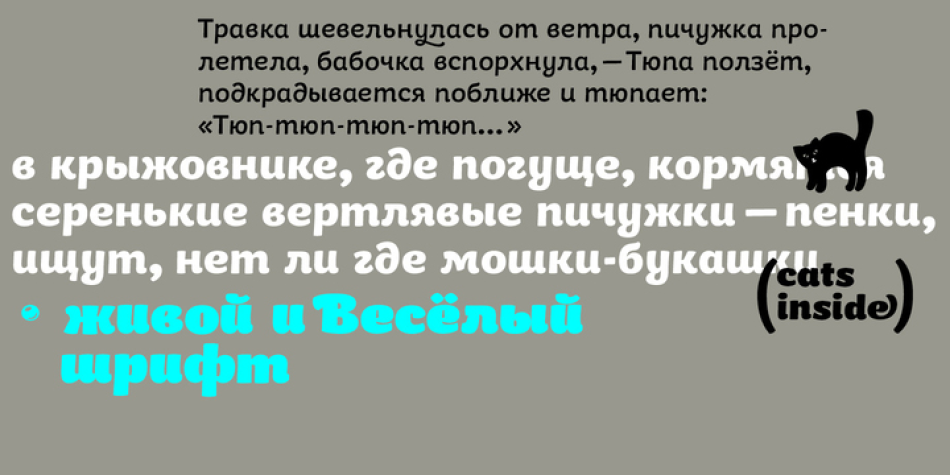 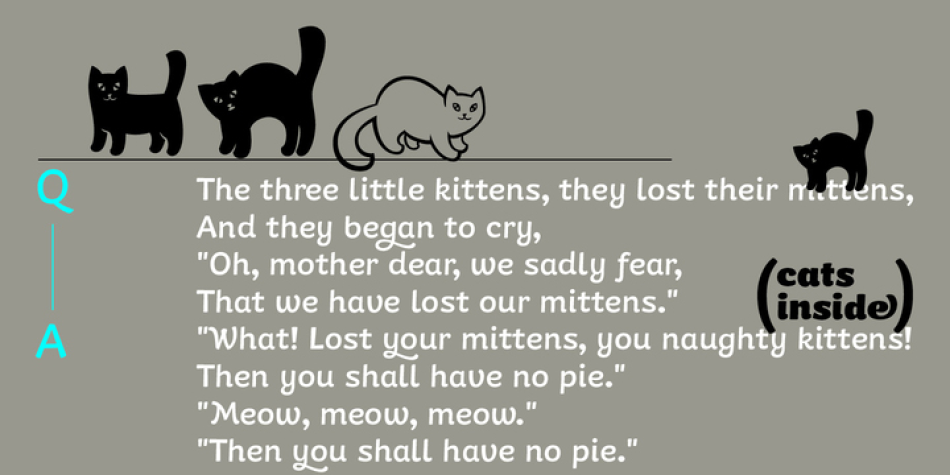 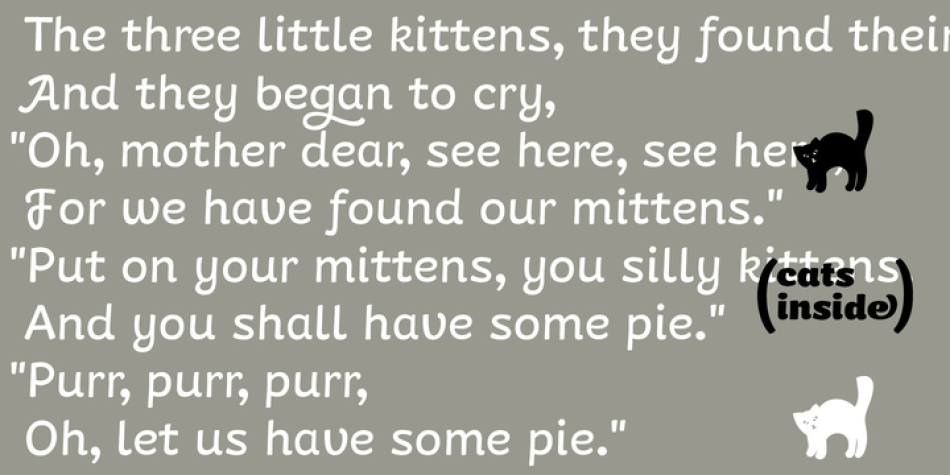 Kiddy Kitty is a soft and friendly sans-serif type family which consists of 6 upright italic and 5 italic weights. It supports Western and CE Latin and Cyrillic, and it also has some ligatures and swashes and 16 carefully drawn cat dingbats in each font. Kiddy Kitty is good for greeting cards, children’s books and package design. It is designed by Vasily Biryukov with some support of Alexandra Korolkova.

Vasily Biryukov graduated from Stroganov University of Industrial and Applied Arts in Moscow as graphic designer specializing mostly in periodicals. Russian designer of Chift, a typeface that won an award at Paratype K2009. Chift (2009) was published by Alexandra Korolkova’s foundry.

Be the first to review “Kiddy Kitty” Cancel reply 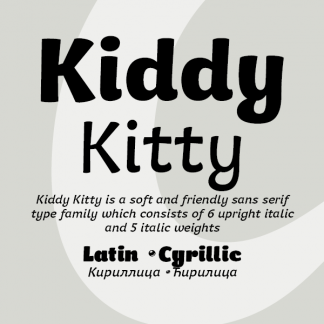