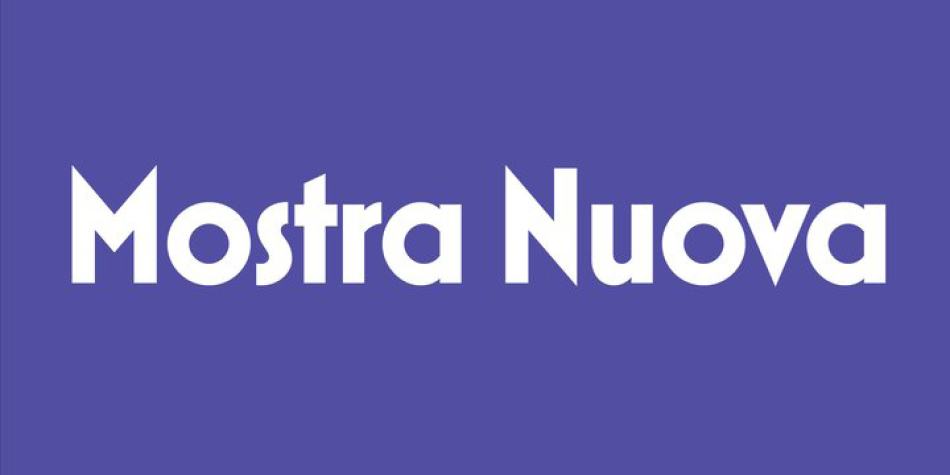 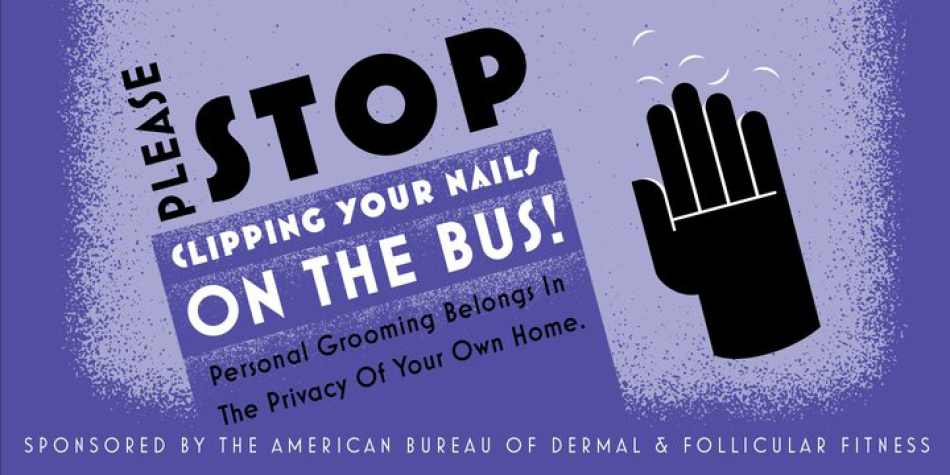 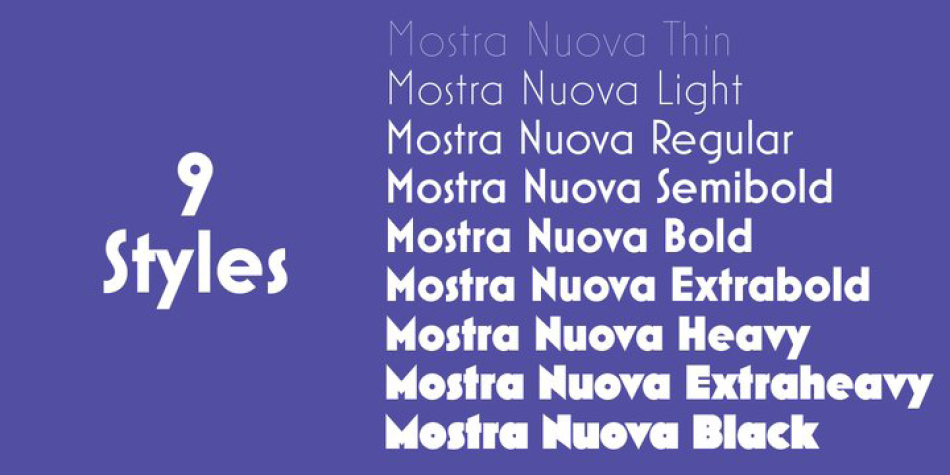 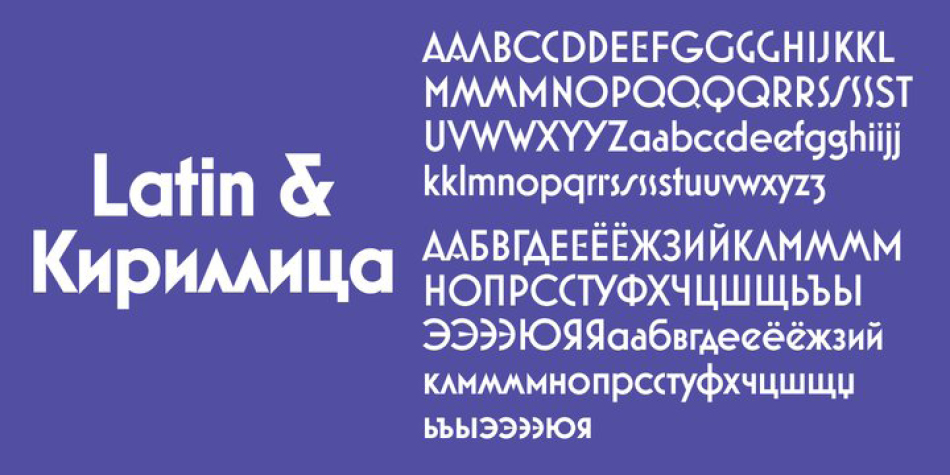 Mostra Nuova is based on a style of lettering often seen on Italian Art Deco posters and advertising of the 1930s.

Mostra Nuova contains many alternate characters, representing commonly-found variations in Italian Art Deco lettering. They can be used in endless combinations to capture a particular mood or style. There are nine weights ranging from the almost invisible Thin to the ridiculously bold Black. Mostra features an extended Latin character set (most Western and Eastern European Latin-based languages supported) and Cyrillic (including local variants for Bulgarian, Serbian, and Macedonian).

Mostra Nuova alternate characters may be selected in any app that supports OpenType (most do nowadays) or using Cascading Style Sheets (CSS) on the web. It includes 20 stylistic sets allowing you to customize its appearance globally. Alternate characters may also be inserted manually in apps that feature glyph palettes.

Be the first to review “Mostra Nuova” Cancel reply 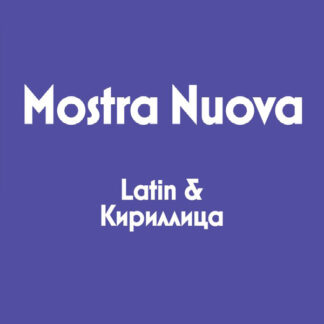