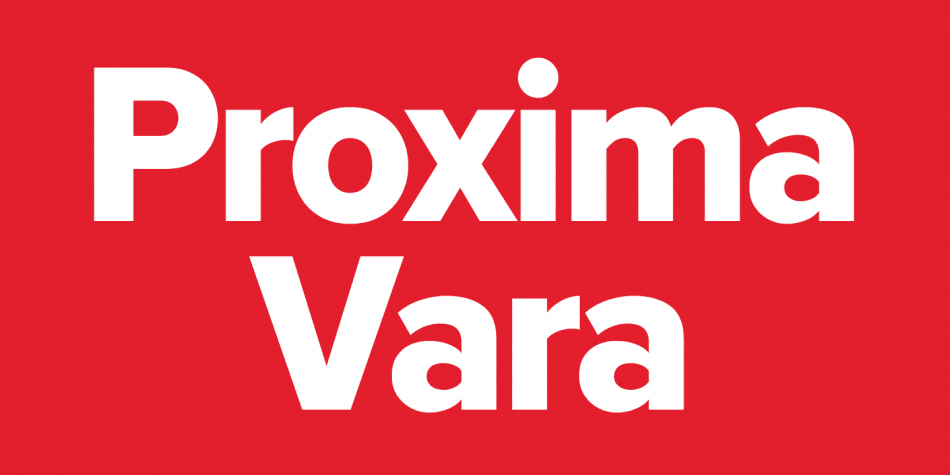 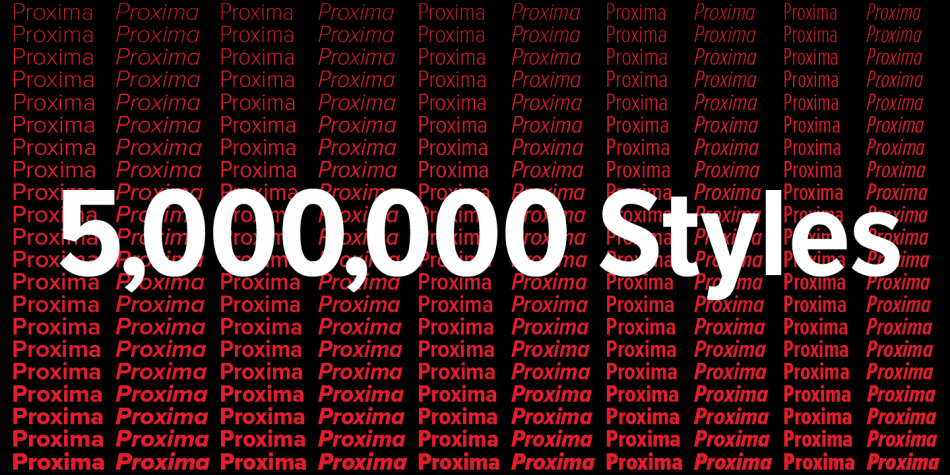 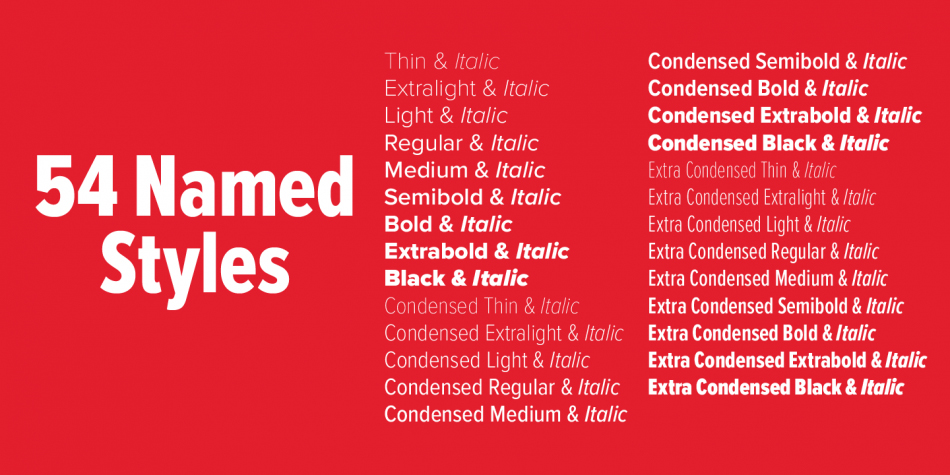 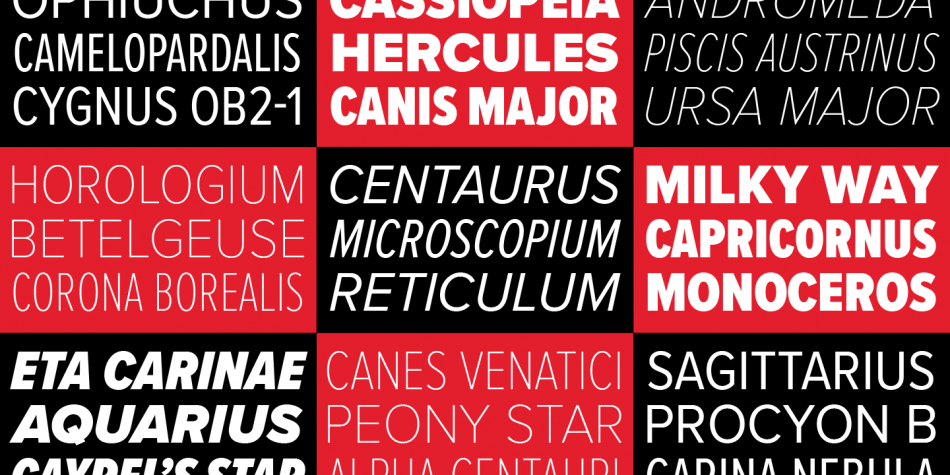 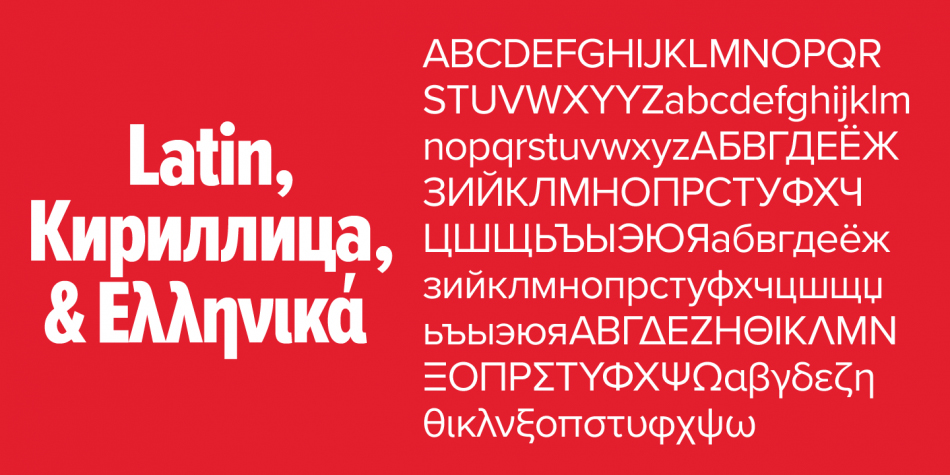 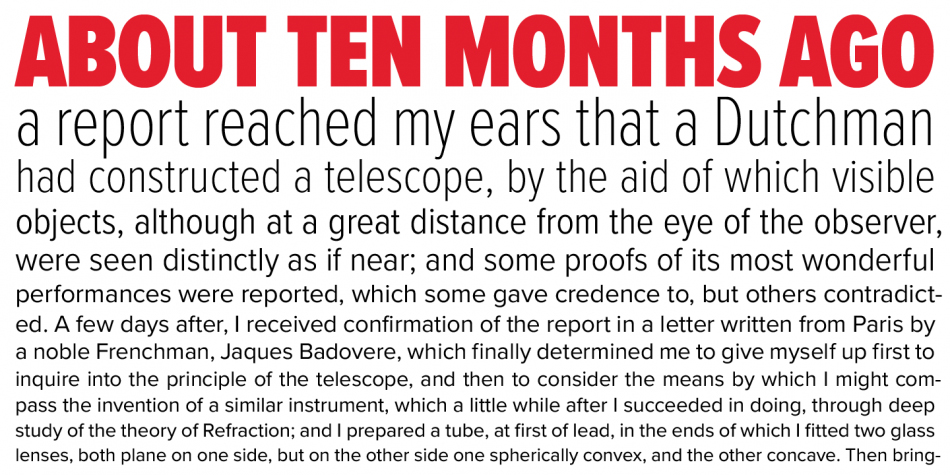 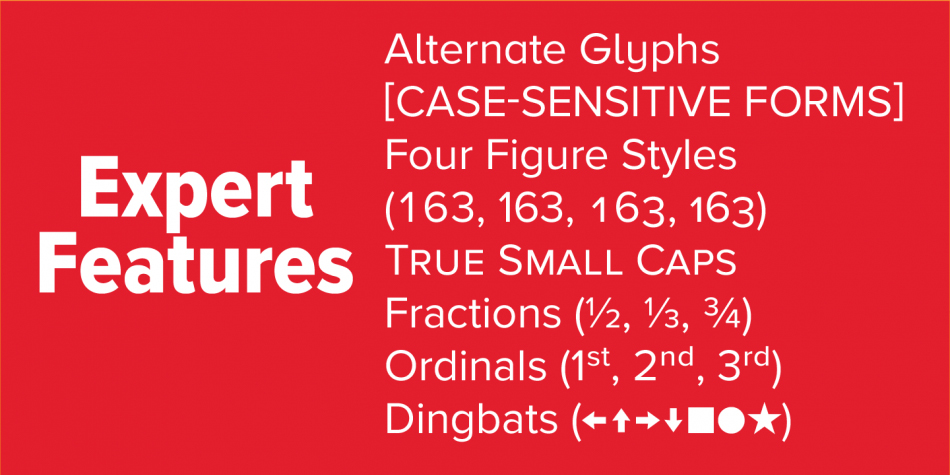 Proxima Vara is a variable version of the Proxima Nova type family. In a single font file, it contains all the weights and styles of Proxima Nova—plus any style between them along any of three dimensions (weight, width, and slant) without the distortion that comes with artificial manipulation such as squeezing, stretching, or slanting. If you want something that’s a little bolder than Regular, and little bit more condensed, you can get it.

Proxima Vara contains all of the characters and features in Proxima Nova such as alternate characters, true small caps, old style figures, arbitrary fractions, and support for most Latin-based languages, Greek, and Cyrillic.

Variable fonts work in modern web browsers, which is great because it allows you to use many more styles of Proxima Vara on a web page than you can with Proxima Nova. The complete family is contained in a single font file, so loads as quickly as about four styles of Proxima Nova. And, of course, you can use subsetting for even faster page loads.

For print applications, Proxima Vara gives you unlimited flexibility to tune weight, width, and slant to fit your exact needs.

Important: Variable font technology is fairly new. While it works great in all the major web browsers, it is not fully supported in many desktop apps yet. Support in desktop apps include Sketch, Corel Draw, and Adobe Creative Cloud apps such as InDesign, Illustrator, and Photoshop. It has partial support in Apple iWork apps (Pages, Keynote, and Numbers). Unfortunately, Microsoft Office doesn’t support variable fonts at all yet, although support is promised. Support for variable fonts will increase over time, but please check whether the apps you want to use offer support before buying. For a current list of apps that support variable fonts, see www.v-fonts.com/support.

Be the first to review “Proxima Vara” Cancel reply 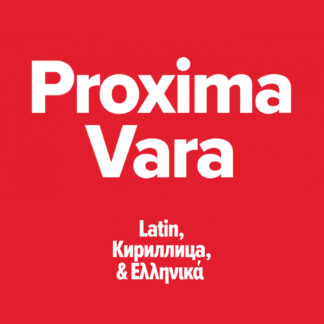