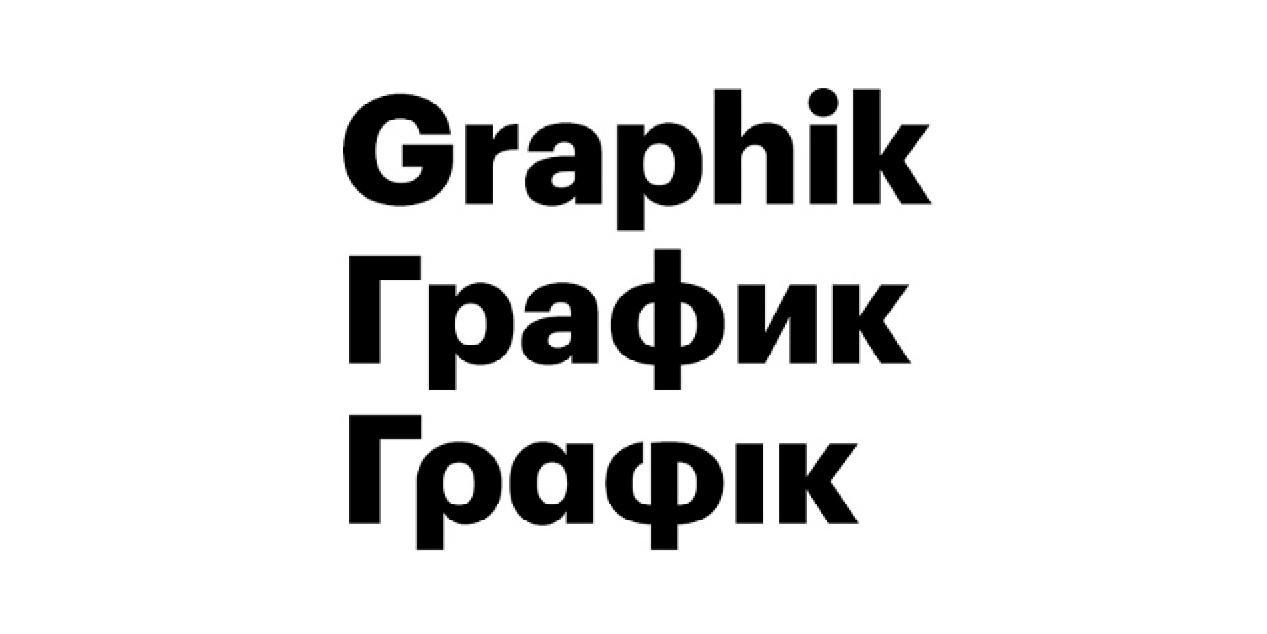 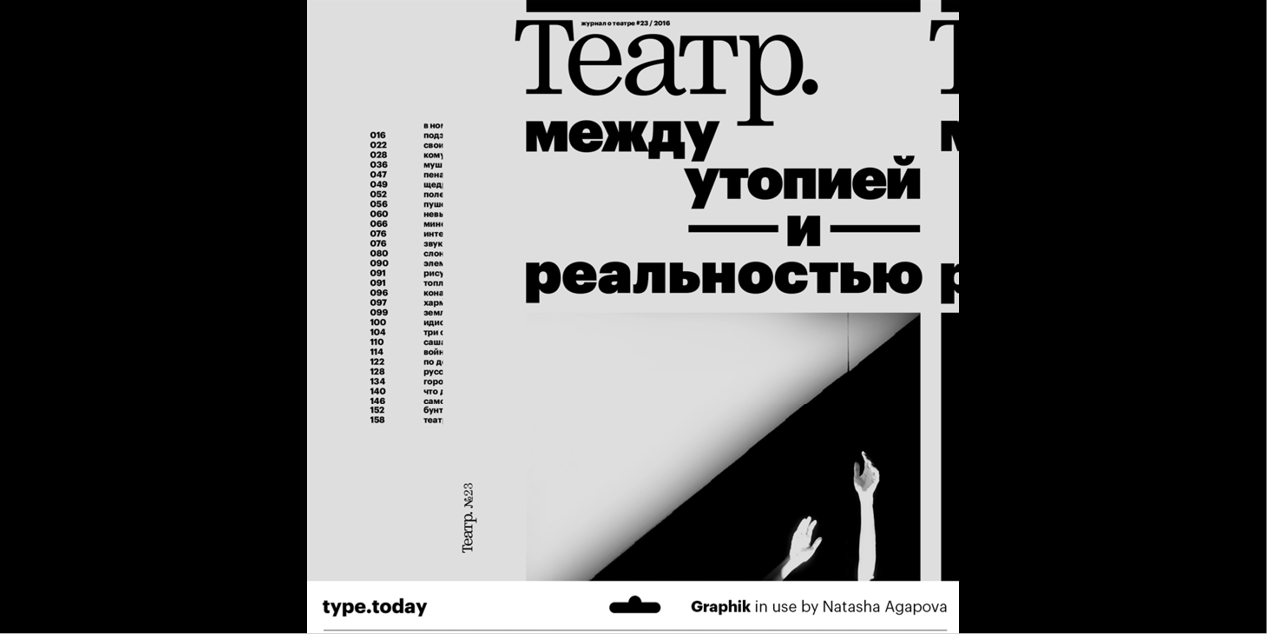 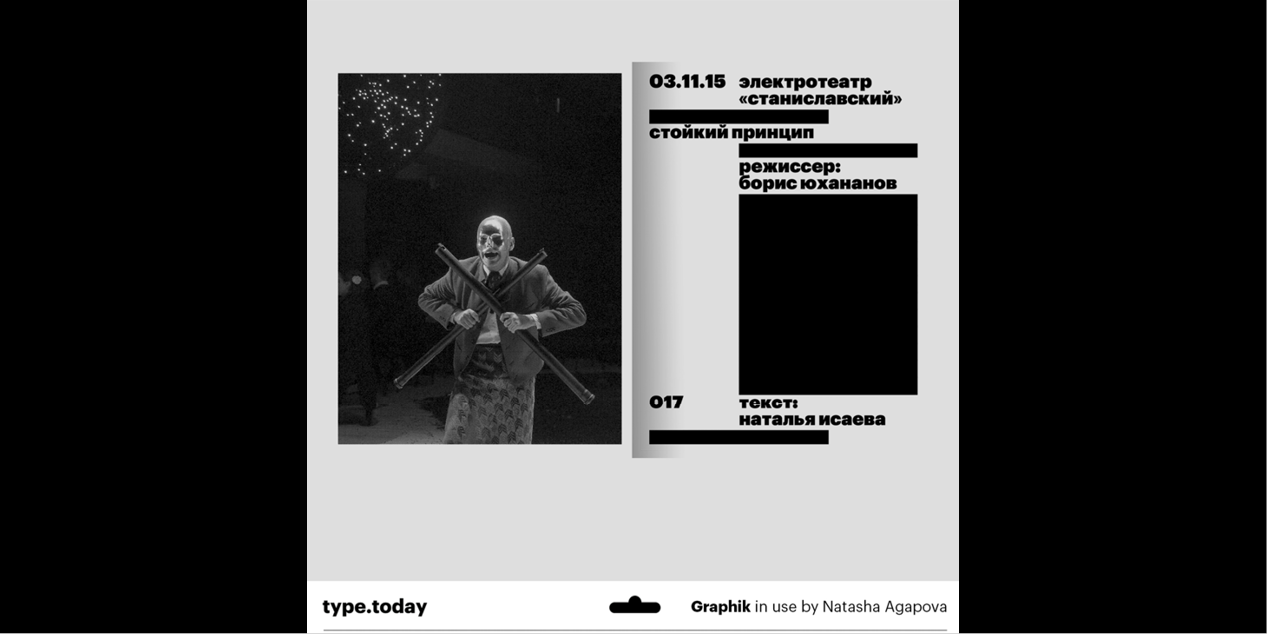 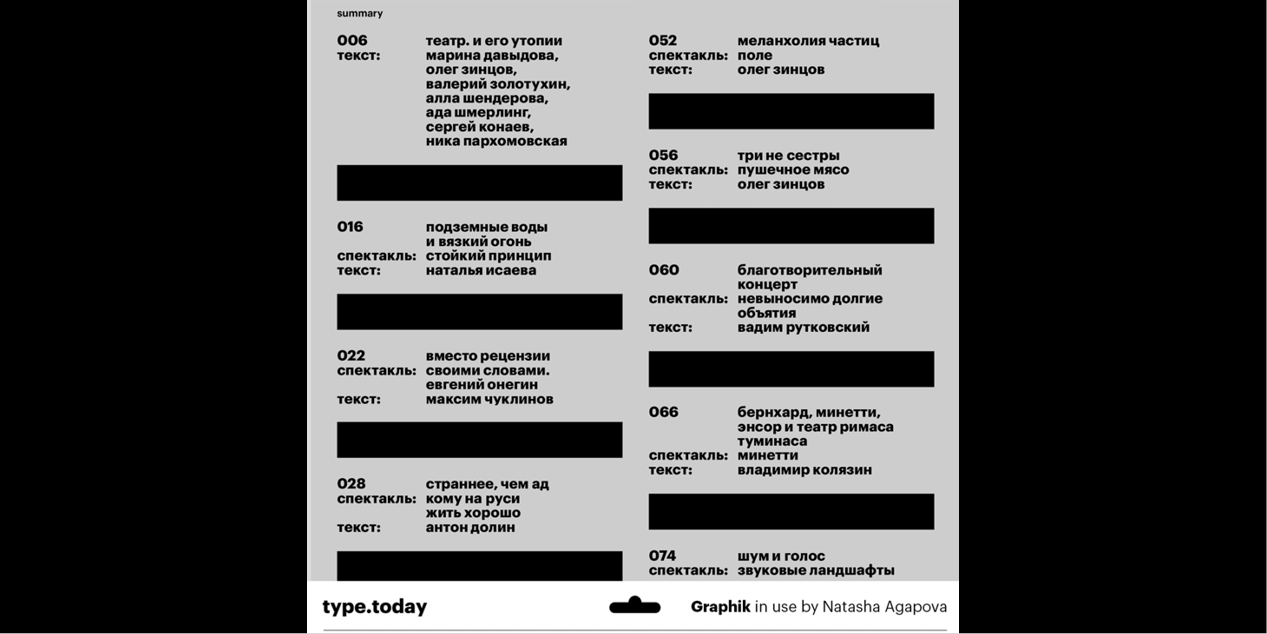 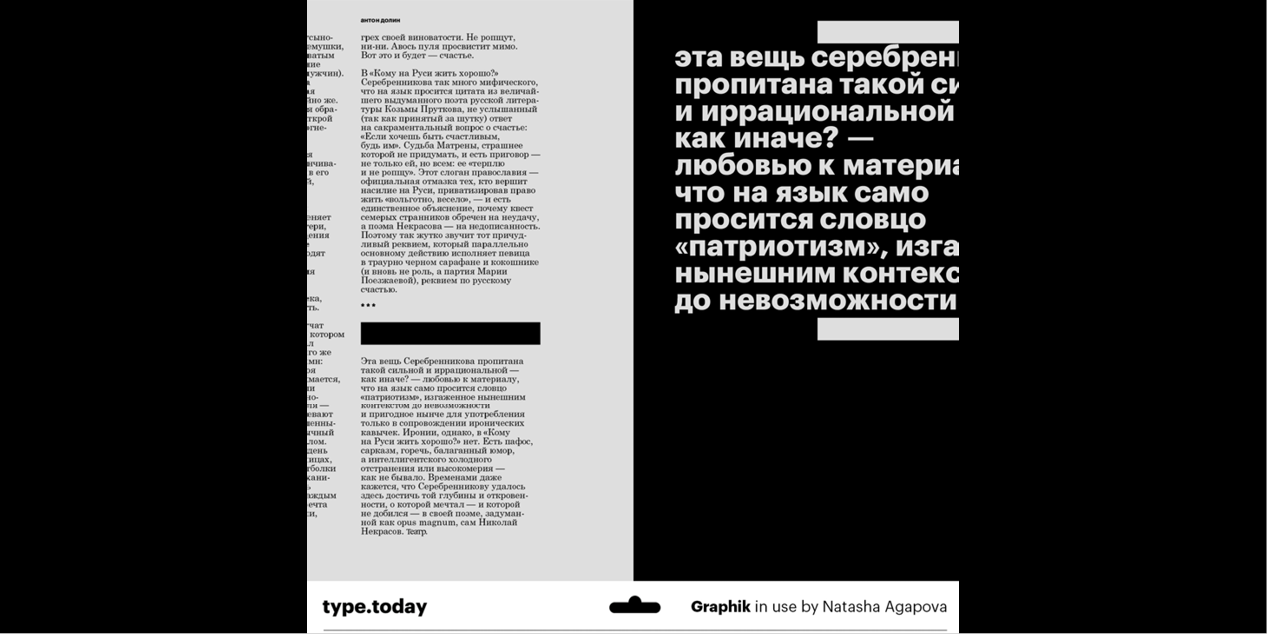 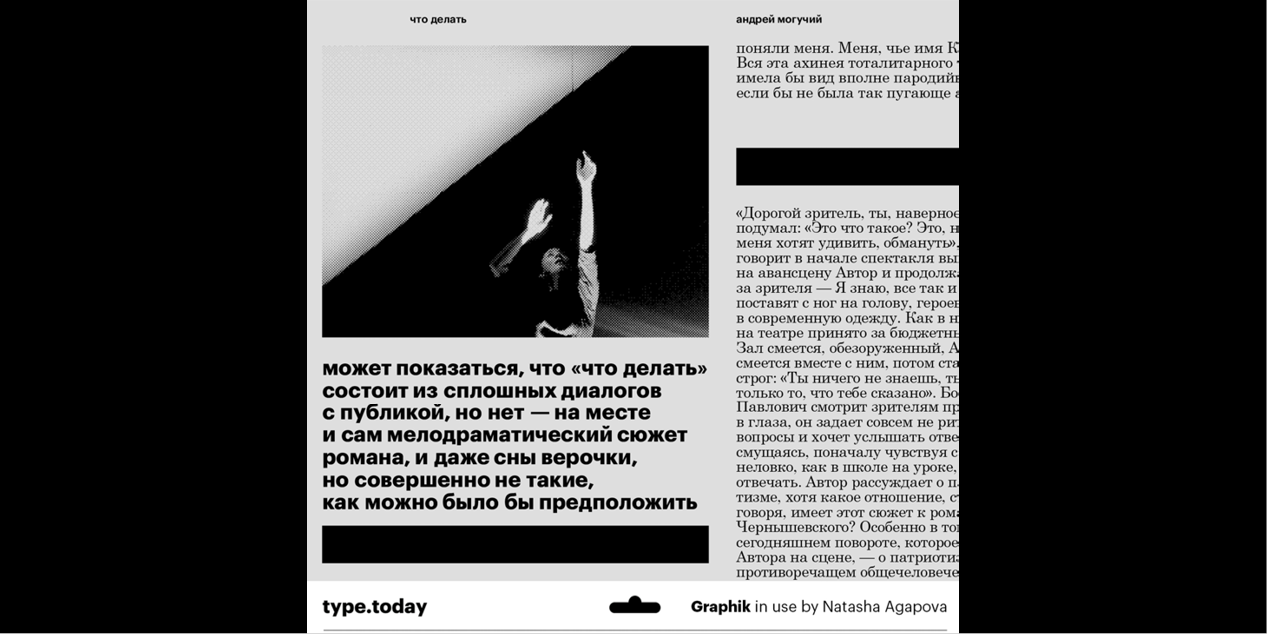 Graphik was inspired by the appealing plainness seen in many of the less common 20th century European sans serifs and in the hand-lettering of classic Swiss Modern posters. The lighter weights were influenced by the less popular sans serifs that many European foundries released to compete with Futura, Helvetica and Univers, the juggernauts of 20th century sans serifs. These influences included Neuzeit Grotesk, Folio, Recta, and Maxima. The heavy end of the family is inspired in part by Paul Renner’s Plak, a relatively obscure display typeface cut only in large sizes.

First drawn as the house style for Schwartzco Inc., it was further developed for Condé Nast Portfolio and later for Wallpaper* and T, the New York Times Style Magazine. The low contrast and large x-height give the typeface great versatility. It is suitable for display purposes as well as for text sizes, captions and for such specific tasks as navigation systems and map-making. By the way, the web-site of type.today is set in Graphik. The typeface is available in nine weights, with italics, each with five sets of figures.

The Cyrillic extension was drawn by Ilya Ruderman (CSTM Fonts) in 2015.

Graphik in Use
WEB: Sova (BG)

Be the first to review “Graphik” Cancel reply 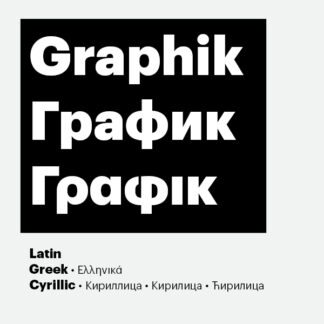