Parmigiano Caption was conceived to accompany Parmigiano Text for setting secondary texts such as captions and footnotes. Parmigiano Caption guarantees superb readability and consistent quality in print at sizes smaller than 10 points, completing the Parmigiano family and making it perfect for work with complex texts in several sizes.

Be the first to review “Parmigiano Caption Pro” Cancel reply 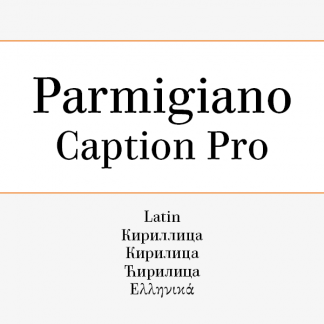