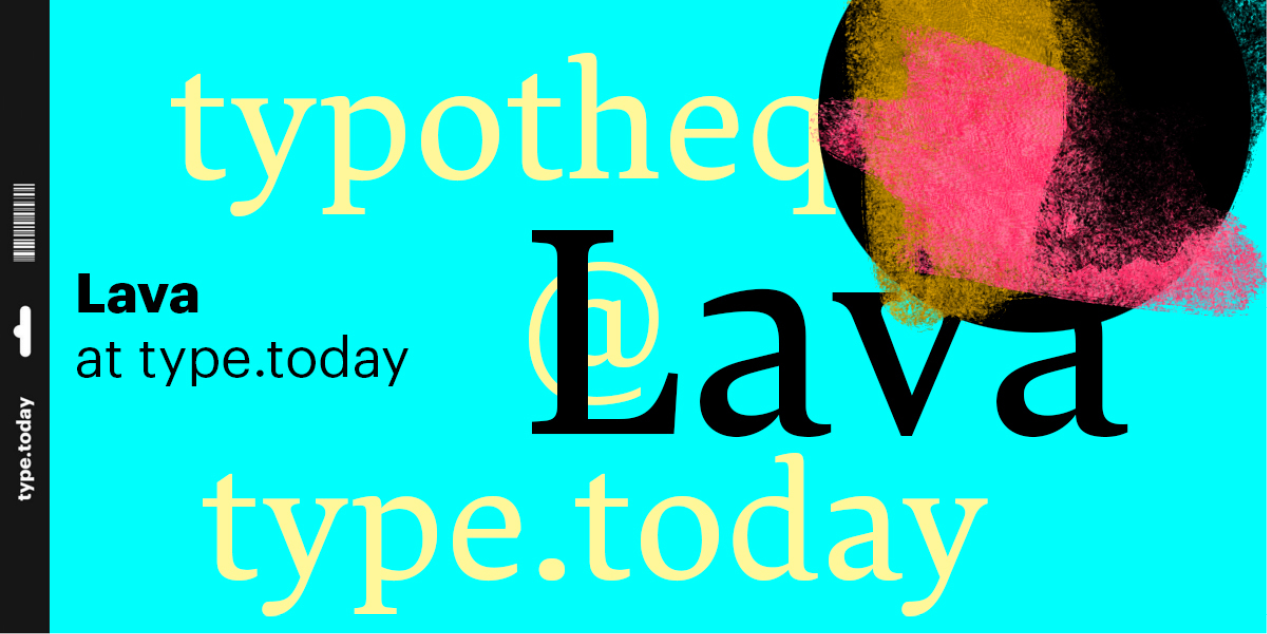 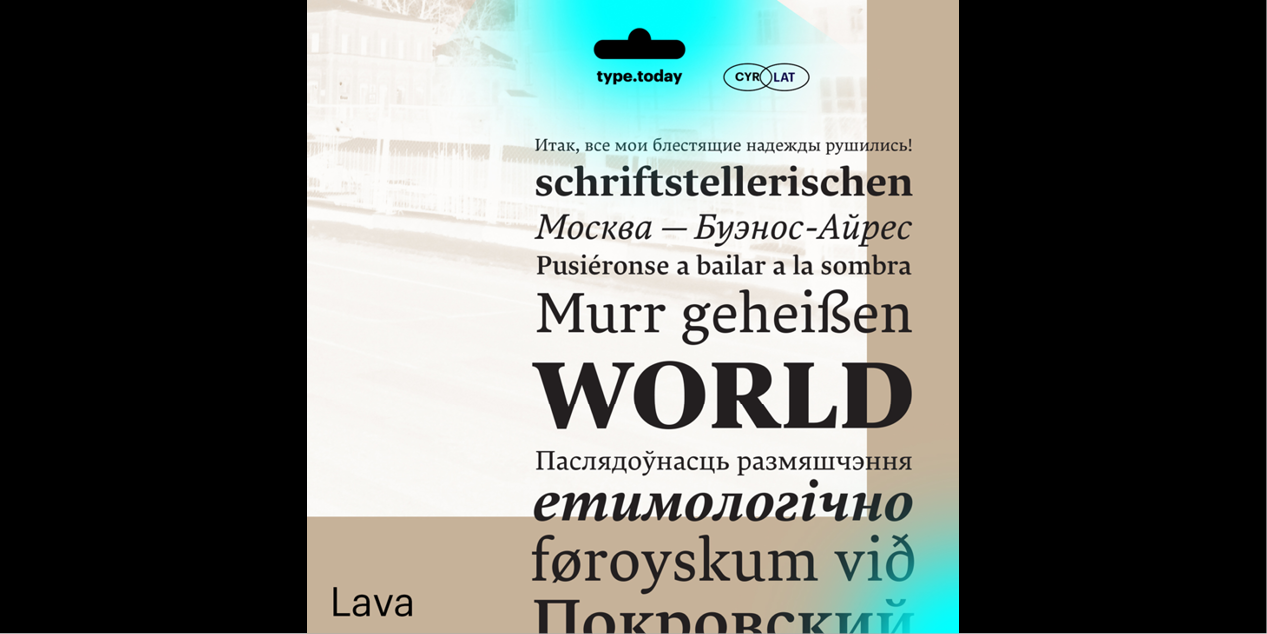 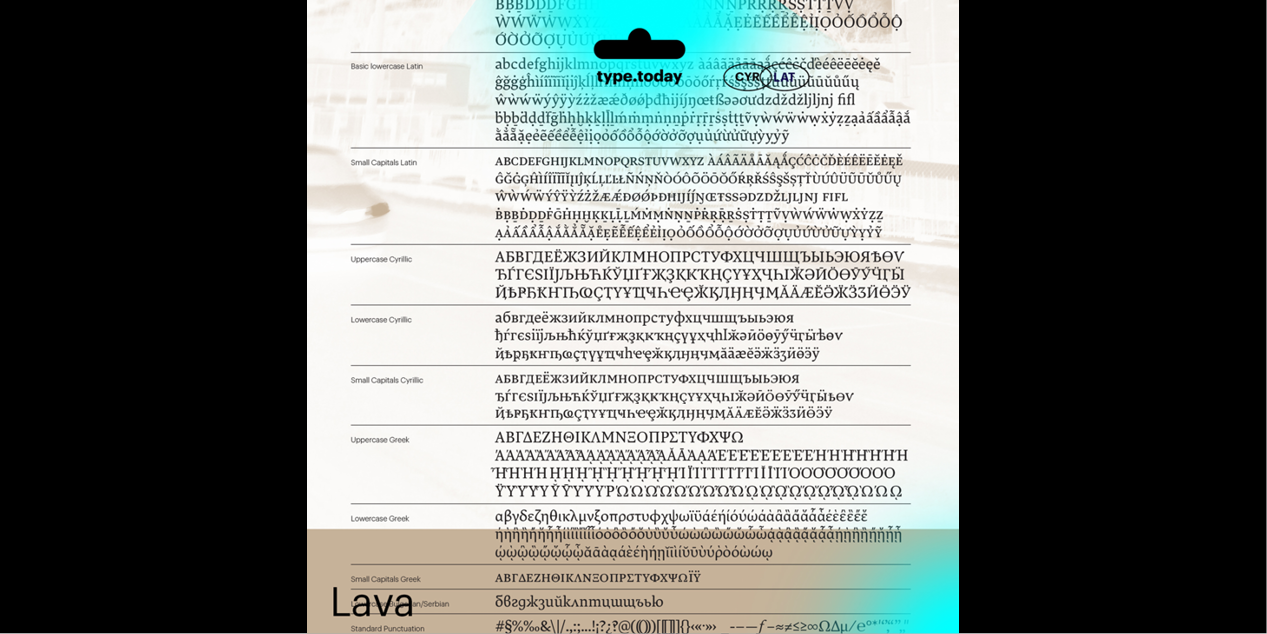 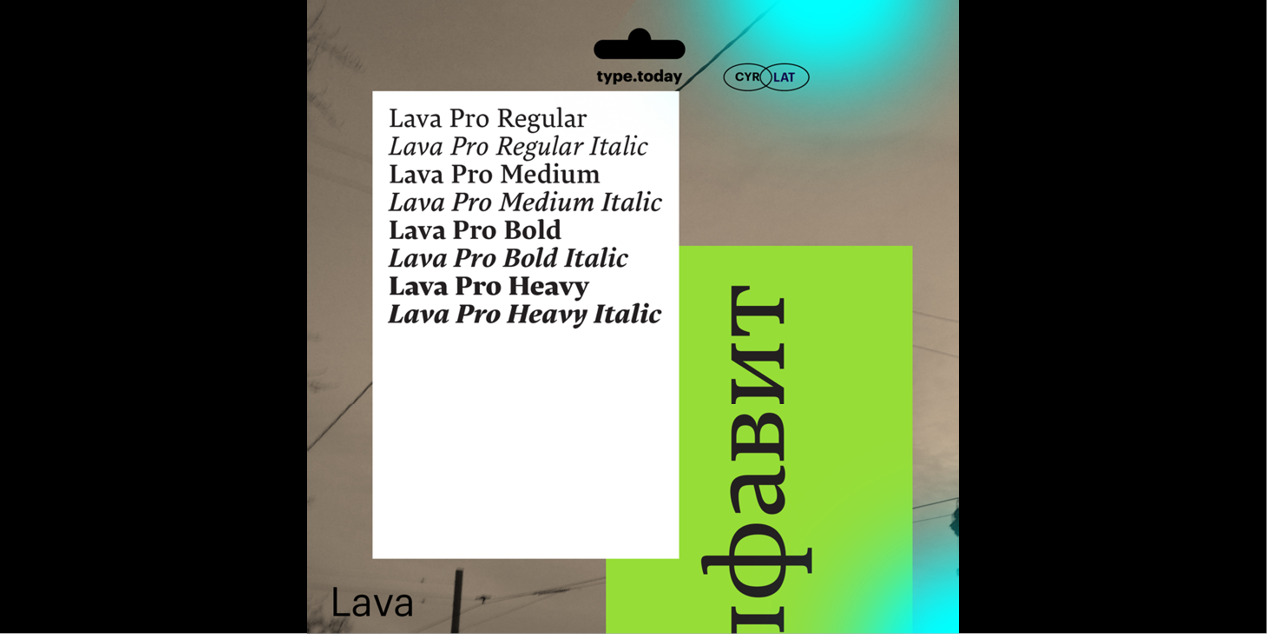 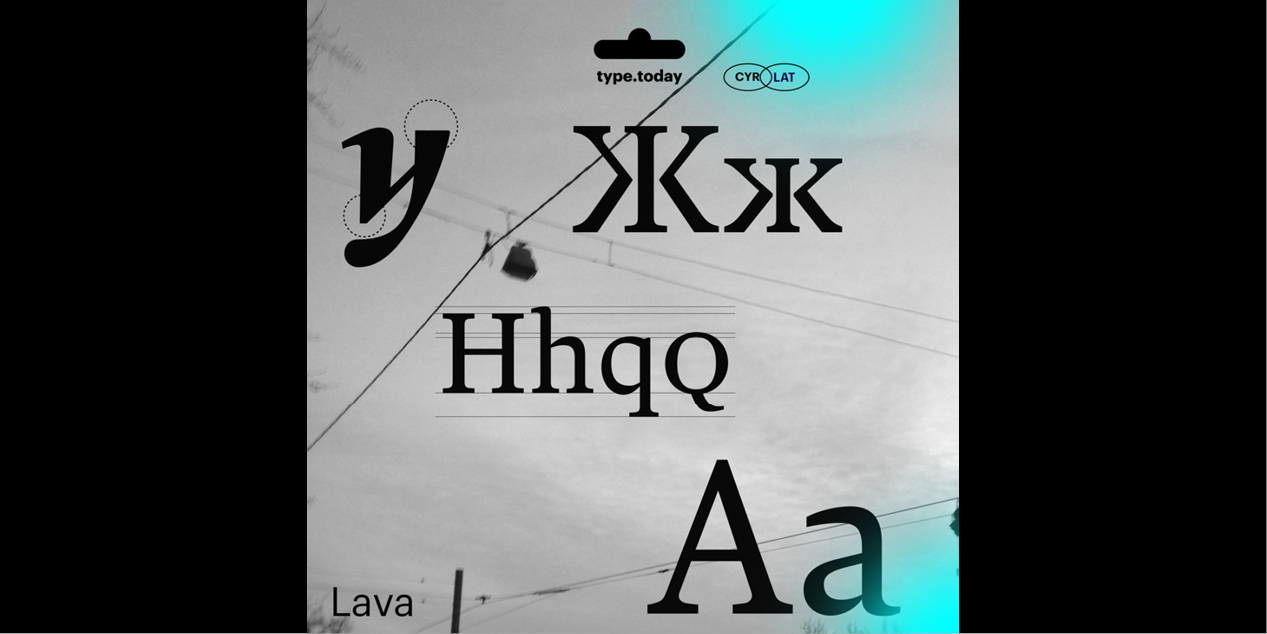 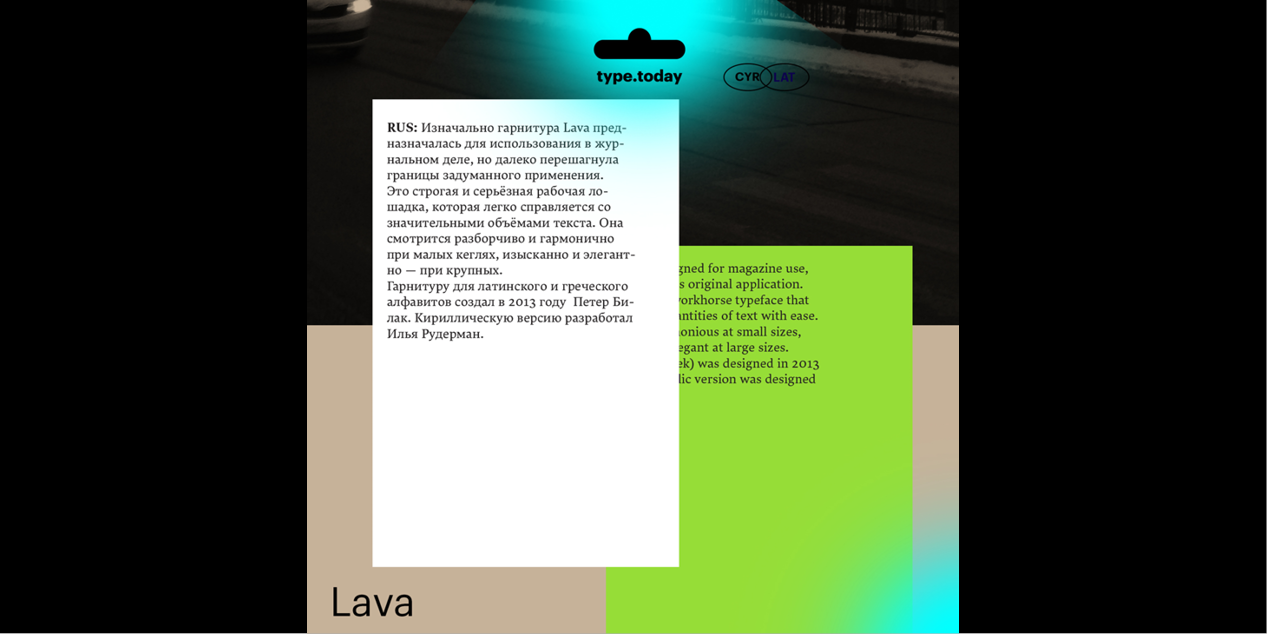 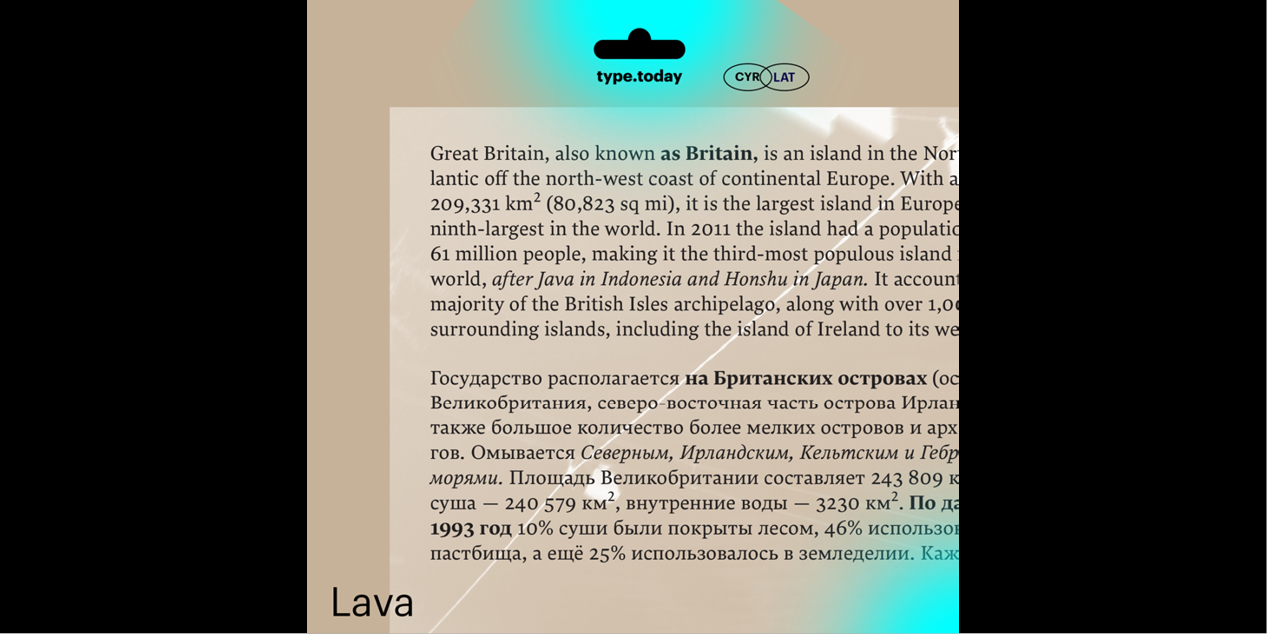 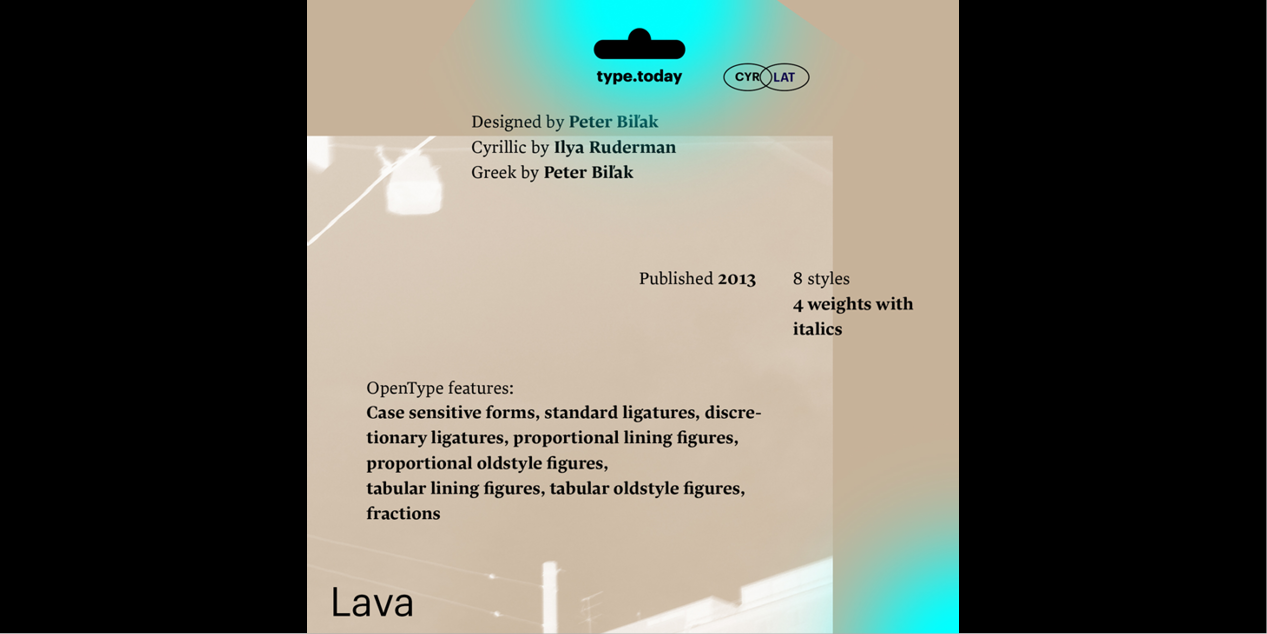 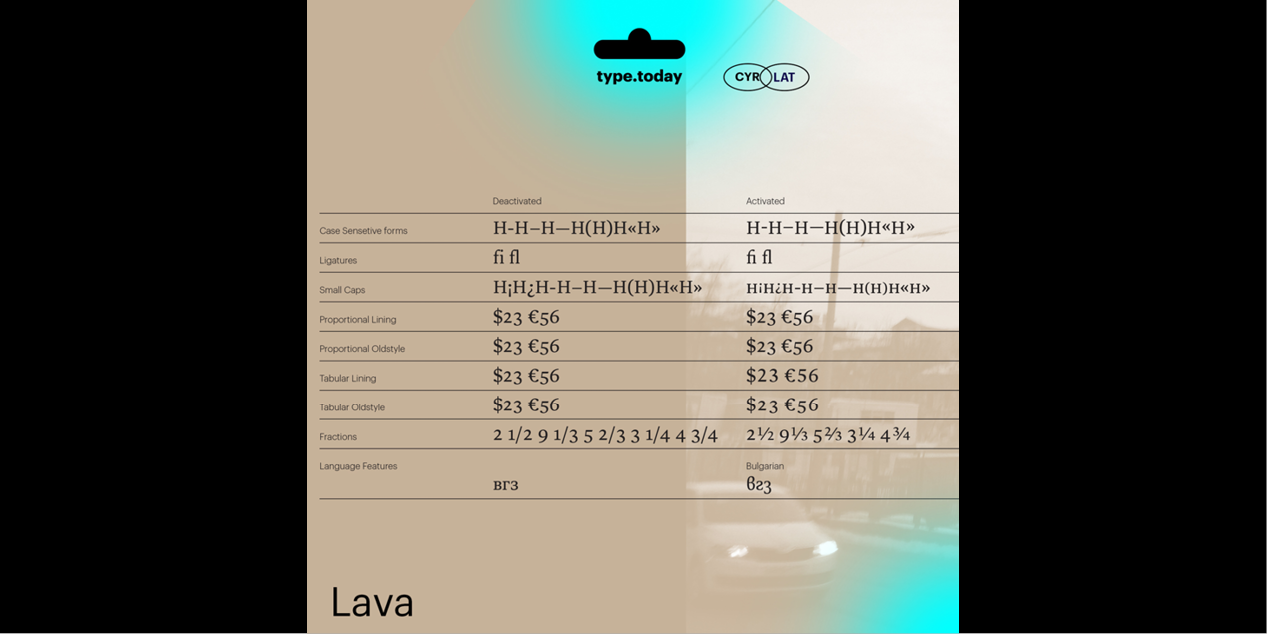 Lava was designed for magazine use, but far transcends its original application. It’s a no-nonsense workhorse typeface that can handle large quantities of text with ease. It’s legible and harmonious at small sizes, sophisticated and elegant at large sizes.

Copyright 2013 by Typotheque. All rights reserved.

Be the first to review “Lava” Cancel reply 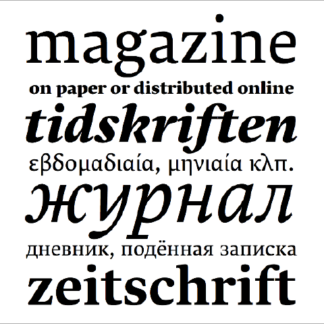