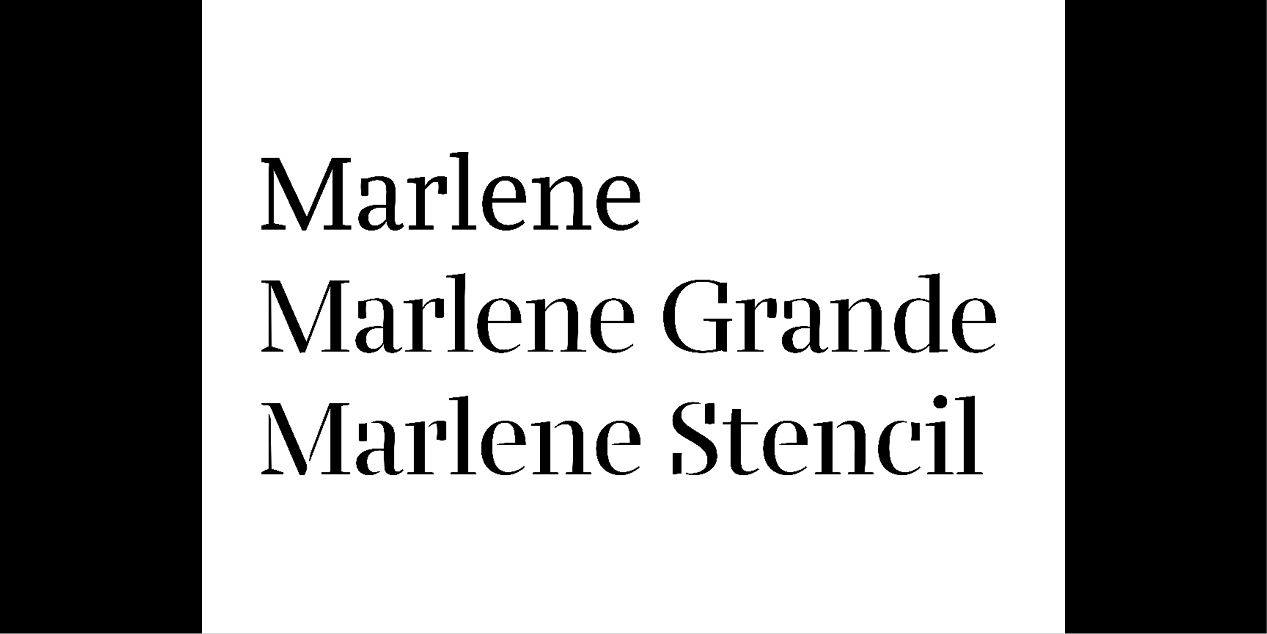 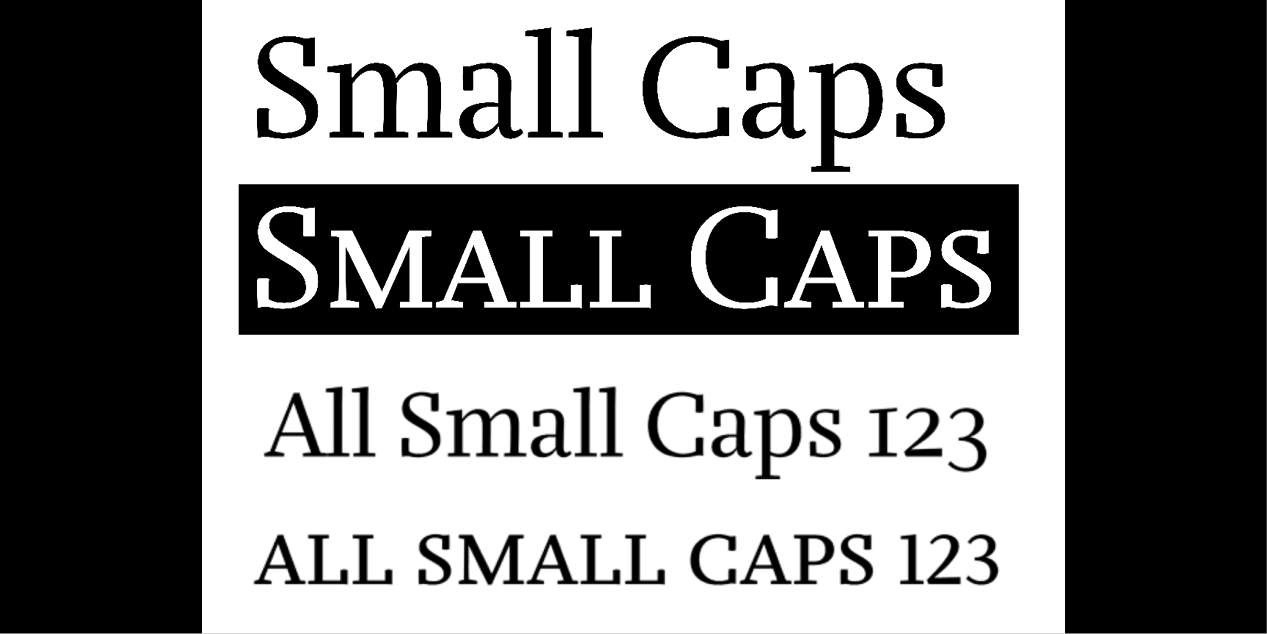 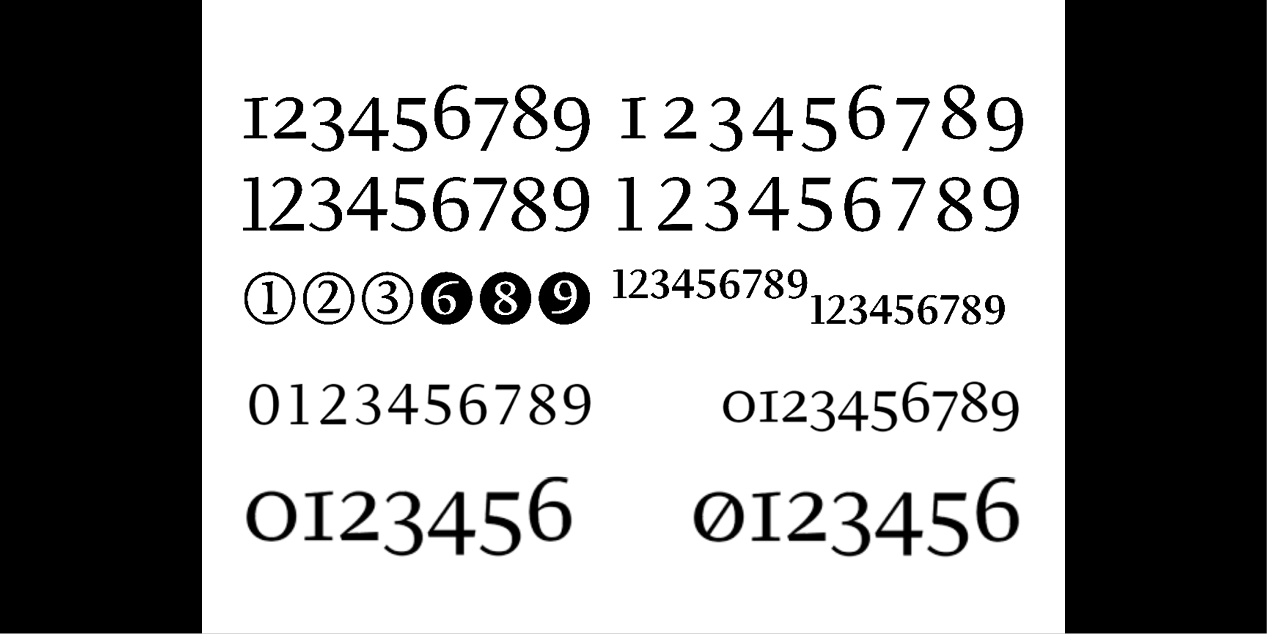 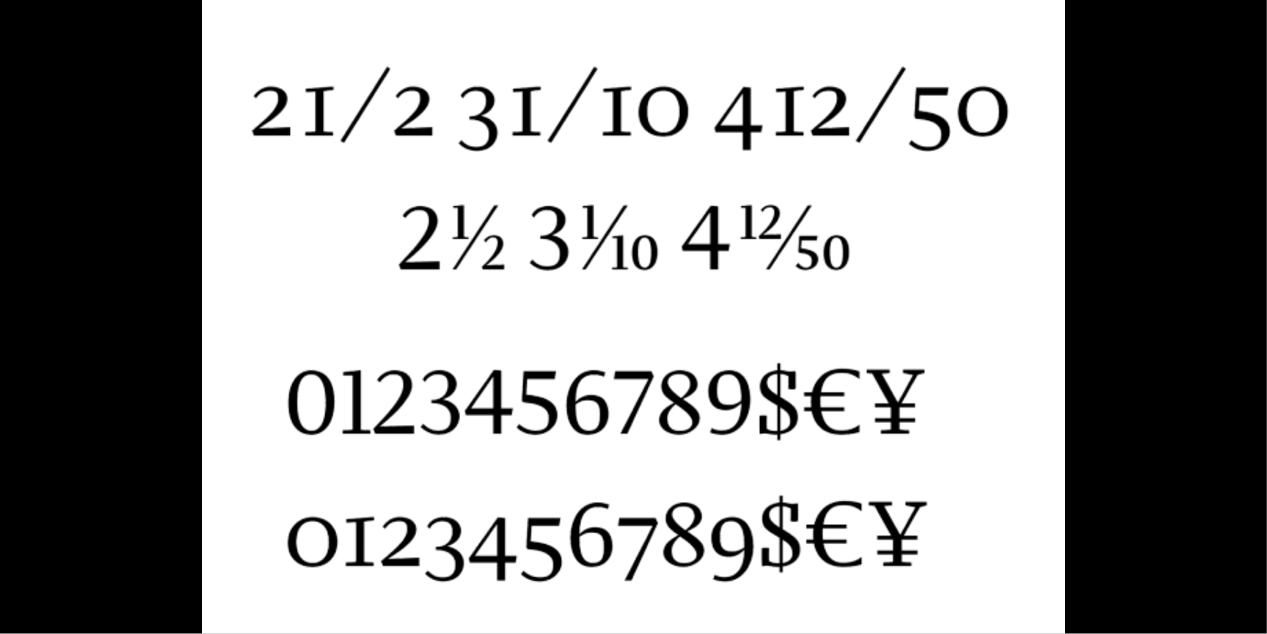 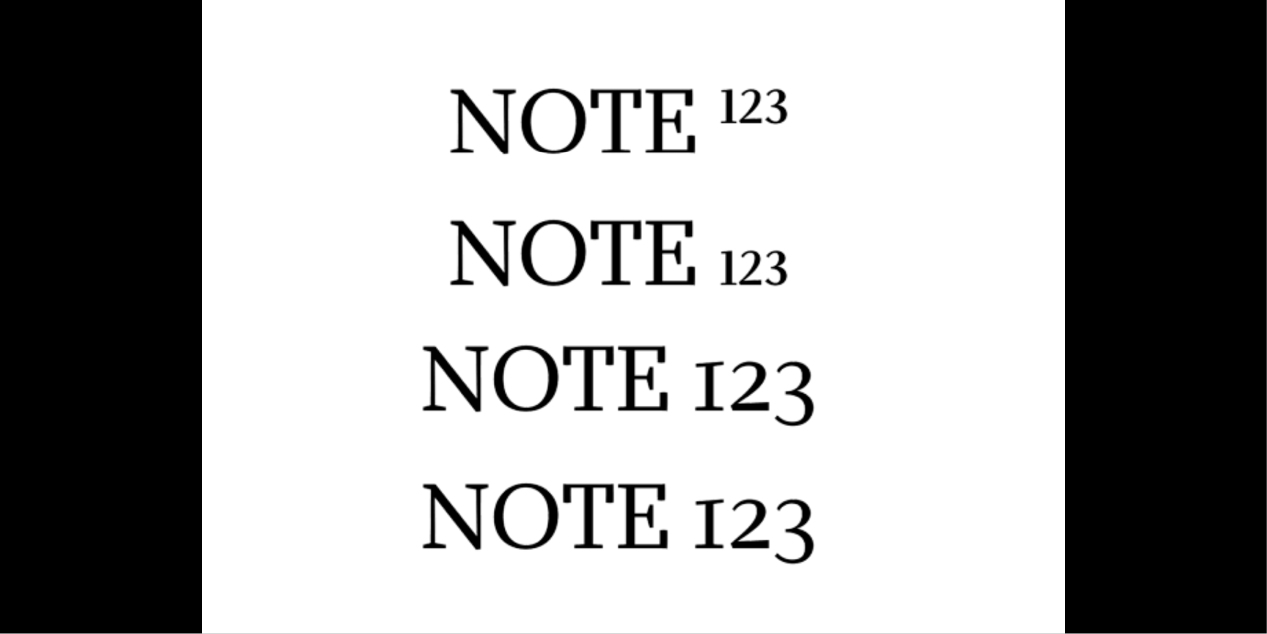 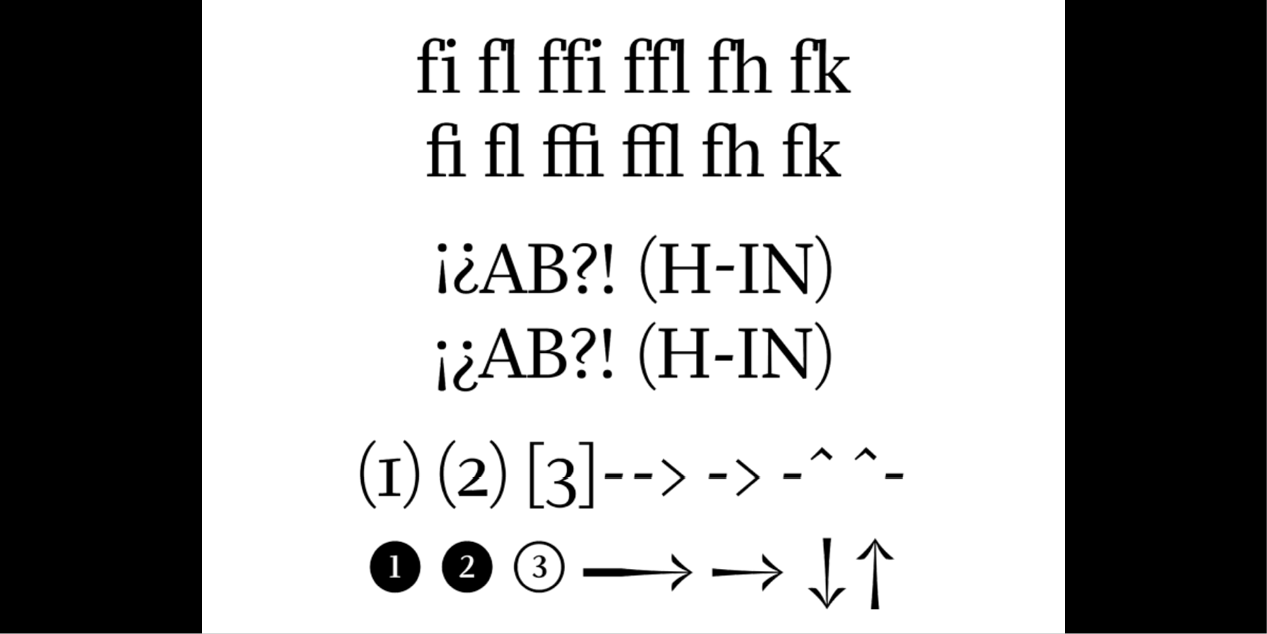 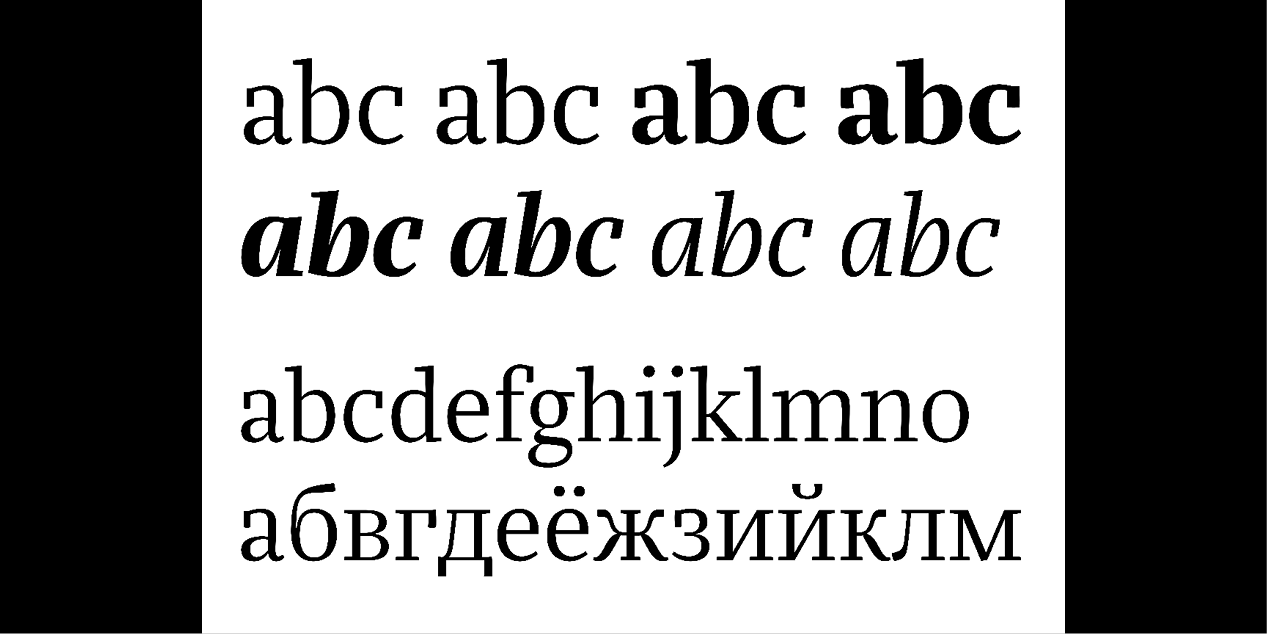 Marlene is an elegant, high contrast Egyptian face with a distinctive and contemporary calligraphic flourish. The Roman version with its robust square vertical serifs delivers a sense of vitality and rigorousness. The italic is sharp and fast-paced with elegant, thin upstrokes and unusually high connection points of curves to stems. Together, these styles add to the appealing character of Marlene making it an ideal choice for books and magazines.

Marlene typeface family was published in 2008, designed by Nikola Djurek. Cyrillic version was designed by Ilya Ruderman. In 2008, Marlene was shortlisted for the Best Typefaces of 2008 by Typographica. In 2010 Nikola Djurek recieved the Icograda Excellence Award for his typefaces Marlene, Brioni and Plan Grotesque. In 2011, Marlene was selected as one of the best typefaces of the decade in AtypI’s Letter 2 competition. In 2011, Nikola Djurek recieved the International Association of Art Critics Award for his font families Marlene, Delvard, Plan Grotesque.

Marlene and Marlene Grande have localised forms for Bulgarian, Serbian and Macedonian.

Copyright 2008 by Typotheque. All rights reserved.

Where to buy Marlene: Typotheque

Where to buy Marlene Grande: Typotheque